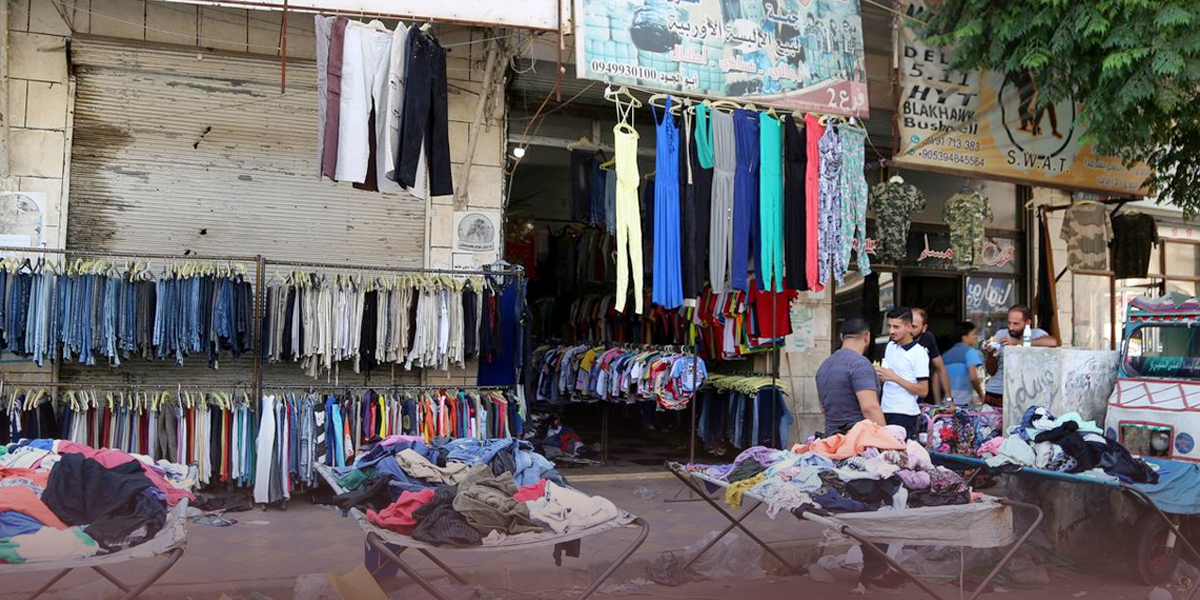 Summer clothes prices have risen sharply in most markets in Syria, exceeding the purchasing power of citizens, as the summer season approaches.

The rise in clothes prices is due to several reasons, including the fluctuating exchange rate of the Syrian pound against the dollar.

Syrian economic expert Murshid Al-Nayef explained that the high prices in the summer clothing sector are due to the turmoil markets in Syria are experiencing.

Recently, the Central Bank of Syria has taken decisions regarding the devaluation of the currency.

These decisions have an economic impact on all Syrian products and imported raw materials in general.

Al-Nayef pointed to other reasons, including the very high inflationary waves that the Syrian market is witnessing as a result of the chaos taking place.

He also pointed to the confused decisions issued by the Syrian regime, especially its economic administration, without studying their feasibility.

The big gap between income and prices caused purchasing movement, Al-Nayef said. In the liberated areas of Idlib countryside, the average daily worker’s income is estimated at 8 Turkish liras, while the price of a children’s T-shirt is about 10 Turkish liras, he said.

Citizen Khawla Um Amer, 42, said that buying clothes for five children in the summer drains all the family’s savings, as the cost of buying her children’s clothes is about 500 Turkish liras.

Summer clothing prices in the areas controlled by the Syrian regime increased by 50 percent in less than two months in most markets, which prompted families to refrain from buying.

Fuad, 40, a resident of the Daf Al-Shouk neighborhood in Damascus, explained during an interview with the New Arab newspaper, that the price of a men’s T-shirt is about 50 thousand Syrian pounds ($16), and this is equivalent to 95% of his monthly salary.