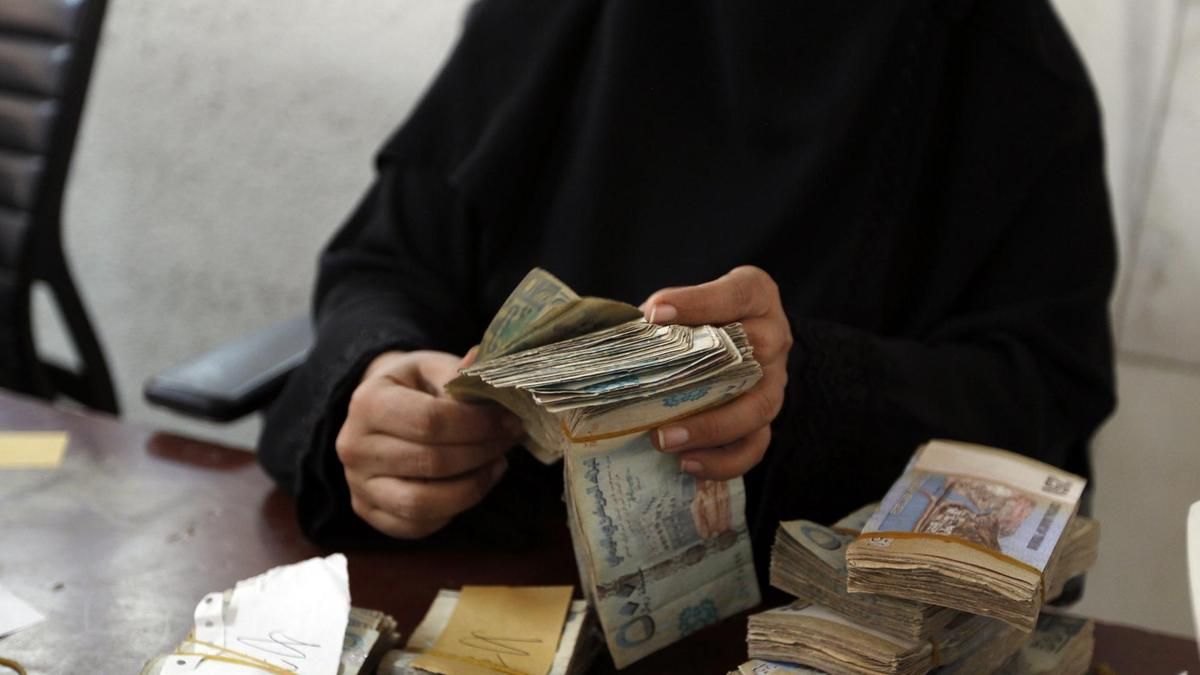 The exchange rate of the Yemeni riyal improved on Tuesday morning, with the change of management of the Central Bank and the appointment of a new leadership.

According to bankers, the dollar was exchanged in the morning at 1,300 Yemeni riyals in the governorates under the authority of the government.

The price of the Saudi riyal reached about 340 Yemeni riyals.

On Monday morning, the price of the US dollar was 1,700 riyals, while the Saudi riyal was 440 Yemeni riyals.

President Abd Rabbo Mansour Hadi issued a decision to form a new board of directors for the Central Bank, appointing Ahmed bin Ahmed Ghaleb Al-Maabiqi as governor of the bank, and Muhammad Omar Banaja as his deputy. He appointed five members of the bank’s board of directors.

The decision to change the management of the Central Bank came after a significant deterioration of the local currency that led to a wave of protests and strikes in several governorates, amid an unprecedented rise in prices.

In a related context, the economic collapse in Yemen reached record levels, causing a state of paralysis.

As a result of the economic collapse, the commercial sector and private sector institutions in the temporary capital, Aden, announced a partial strike.

Dozens of commercial warehouses closed their doors, in anticipation of a comprehensive strike, in all cities, called for by unions, civil society institutions, and activists, amid wide interaction on social media.

In the city of Taiz, eyewitnesses said that a number of commercial warehouses in the city center as well as in the southern countryside in Al-Nashma and Al-Turbah city, closed their doors to the public yesterday, amid preparations for a comprehensive strike.

Ahmed Al-Dabai, an employee in the private sector in the city of Taiz, said that “the economic collapse that hits the country has reached a stage that people can no longer remain silent about, as people are slowly dying.”

Al-Dabai added, “The citizen’s purchasing power has completely collapsed, and he can no longer even secure a loaf of bread, the price of which was 75 riyals per disc. Before the start of the war, my salary was equivalent to $500, and today it has become $50 after eating the Yemeni riyal.”

The Yemeni government has been unable to curb a terrible economic collapse roaming the country, and to eliminate currency speculation, despite its timid interventions by closing exchange companies and facilities from time to time.