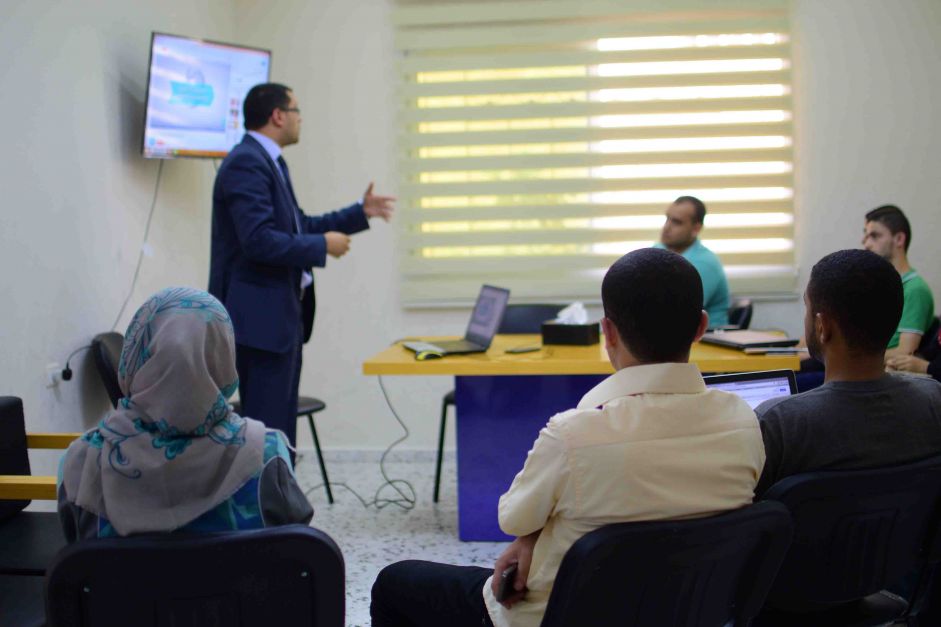 Euro-Mediterranean Human Rights Monitor has launched WikiRights, a project that trains university students and recent graduates in conflict zones to improve the rights content on Wikipedia with the narrative of the victims of violations in various conflict areas.

The Geneva-based human rights group said that while Wikipedia ranks fifth in most frequent websites visited, with over 480 million visitors per month, human rights content is still very scarce on the site.

As the escalating events and armed conflicts continue in the MENA region, Euro-Med Monitor analysed the human rights content on Wikipedia and concluded that the it is  content was weak in both Arabic and English versions.

Euro-Med Monitor said it noticed the dominance of the official state-oriented narrative on Wikipedia’s articles, with an almost complete absence of the narrative of victims of violations in different regions.

The project it assisted students and new graduates through training workshops on what techniques and evidence to use to modify content in both Arabic and English, Euro-Med Monitor said.

The human rights group said that the target groups received intensive training in research and documentation, interviews with victims and eyewitnesses.

As a result, the target groups supported Wikipedia with dozens of new amendments and articles that have significantly highlighted the voices of victims and the oppressed in areas of conflict and war, Euro-Med Monitor said.

Euro-Med said that it seeks to achieve many goals through the project, including enriching and promoting human rights content on Wikipedia; creating new human rights content and updating available content according to recent developments; creating groups and teams interested in enriching, following up and editing the content on Wikipedia, and strengthening the narrative of victims of violations and highlighting them to the other side’s story.

The project provided comprehensive information and material on Wikipedia, including its basics, guidelines, Wikipedia in conflict zones, and victims of violations on Wikipedia. The meetings discussed the nature of Wikipedia’s work in both theoretical and practical terms.

The project’s beneficiaries received information and data about the history of Wikipedia, its number of articles, and the most widely used and covered areas. Beneficiaries also received practical training and models on creating an encyclopaedia account, post essays or edit existing articles, with a detailed explanation of Wikipedia’s standards and policies to ensure proper use of the encyclopaedia.

“The WikiRights project believes in the value and urgency of promoting and documenting the narrative of the victims and keeping it present,” said Anas Aljerjawi, Director of WikiRights.

“We are looking forward to spreading our activities and vision around the globe with human rights violations are perpetrated, especially in the Middle East.”