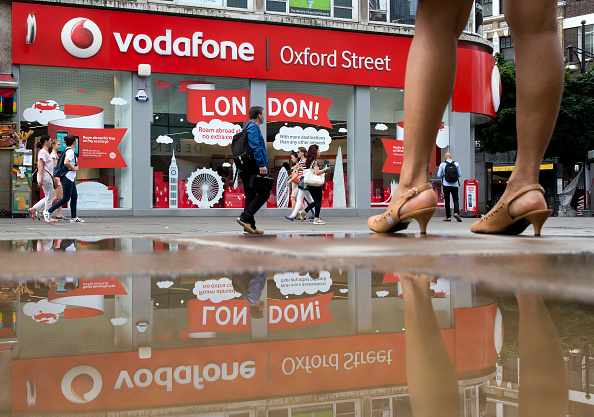 Dividends are one of the perks of the stock markets. While investors can opt to take dividends as cash, reinvesting them can have a powerful impact on your portfolio.

According to analysis from Fidelity, if youd invested £100 a month in the FTSE All Share index over the past 30 years and reinvested all of your dividends back into your investments, you would be sitting on a portfolio worth £130,140. By comparison, if youd taken the income, your portfolio would be worth £66,069 over the same period.

UK companies have been dishing out record levels of dividends recently, reaching £19.7bn in the first quarter of this year, according to Link Asset Services. Thats up by a whopping 15.7 per cent compared to the same period in 2018.

While Simon McGarry, senior equity analyst at Canaccord Genuity Wealth Management, points out that a large proportion of this record total was due to a £2.6bn special dividend from FTSE 100 miner BHP Group, after it disposed of its US onshore oil and gas assets for $10.8bn, he says that the bull market is benefitting from an era of rock bottom interest rates.

“Some companies are also benefiting from the currency effect, as low sterling means that dividends paid in dollars are worth more in equity terms,” he says.

You can see how investors could get used to this impressive level of dividends, but you would be mistaken for thinking that its always going to be rosy. Indeed, there are growing warnings that dividend cover is getting thin on the ground, which could put pressure on firms to cut them.

“With the peaks, come the invariable troughs, and some have suggested that a number of companies might struggle to maintain their current dividend payouts at these levels,” McGarry warns. “For a start, we are in the depths of a period of unprecedented uncertainty.”

And if companies are overly-focused on paying dividends to investors, the risk is that they arent injecting enough capital back into their business to protect future dividends, which could pose a problem if issues start to arise in the wider economy.

For example, McGarry points out that Centrica has a dividend cover of 0.9, meaning that its profits only cover 90 per cent of its dividend. Investors usually consider a comfortable dividend to be at 1.5 or above, which means that profits cover the dividend one and a half times over.

Dividend cover of less than one is worrying because it indicates that the company isnt earning enough in the way of profits to pay shareholders, meaning firms are borrowing money to maintain dividend payments.

This gets particularly worrying when you bear in mind that interest rates are expected to rise, which Mark Carney alluded to last month. This would make it more expensive for companies to borrow.

“Interest rates have been at a record low for years, but if they start rising, as Warren Buffett famously said when the tide goes out, we will all see who has been swimming naked,” says McGarry. “In other words, it could become evident which companies are over-leveraged and may have to cut their dividend as a result.”

According to Canaccord, Vodafone has a low dividend cover of just 0.8. And unsurprisingly, it has been the first to fall, having announced a huge €7.6bn annual loss, compared to a profit of €2.8bn in the previous financial year. Despite a pledge made by chief executive Nick Read back in November to maintain the payout, Vodafone cut its dividend payout for the first time from 15.07 cents per share to nine cents last month.

Canaccord research also shows that Stobart Group has the lowest dividend cover on the list, at 0.5. This isnt that surprising given that the infrastructure companys pre-tax profit plunged 144 per cent to a loss of £58.2m in the last financial year.

Much of this loss was down to a long legal battle against former boss,Read More