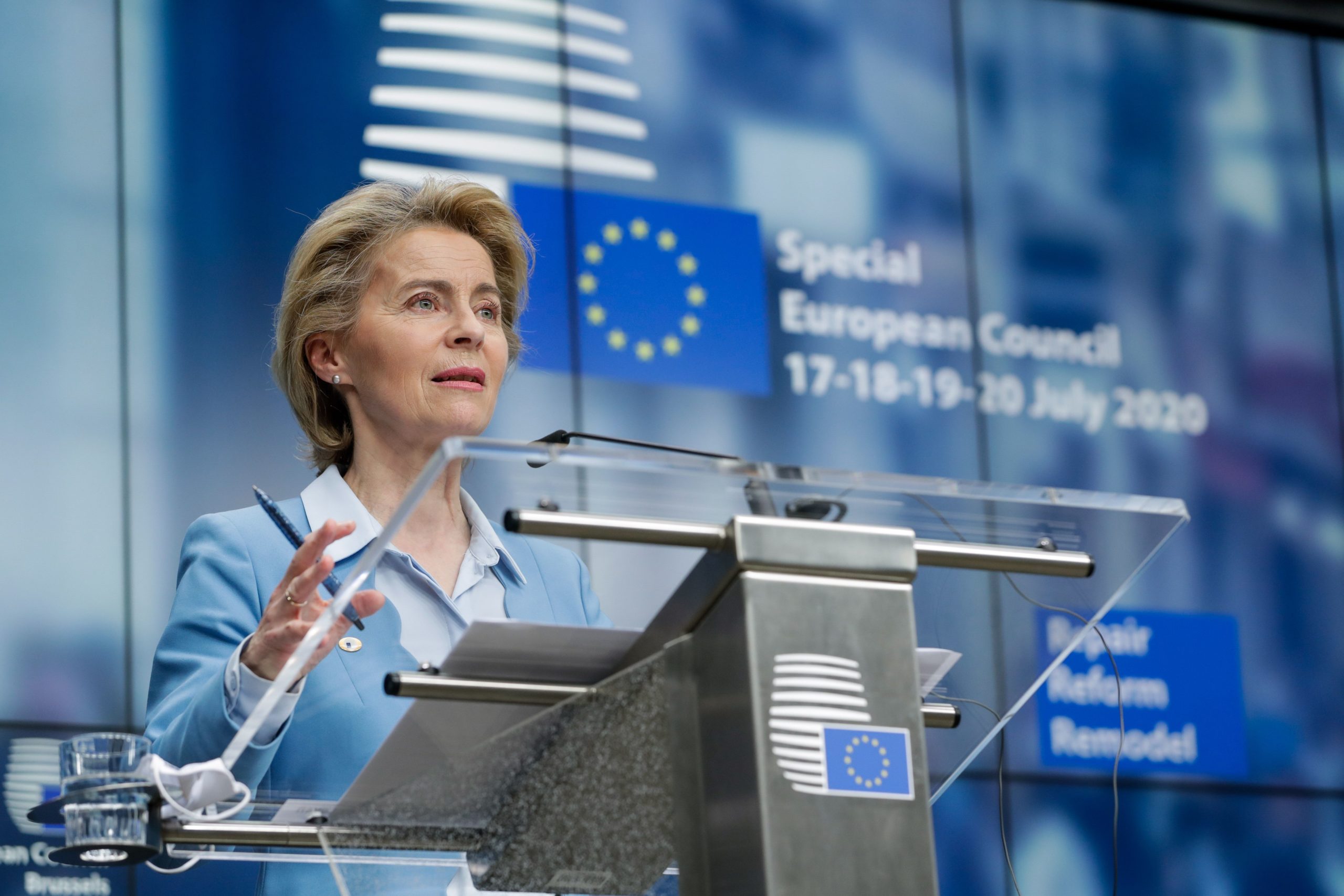 To reach their agreement on a historic budget-and-recovery package, EU national leaders ended up making “regrettable” cuts to funding for some proposed programs and initiatives, European Commission President Ursula von der Leyen said Tuesday, even as she celebrated the overall deal.

The Commission in May put forward a proposal for a €1.1 trillion Multiannual Financial Framework (MFF) — the EUs financial blueprint running from 2021 to 2027. The European Council early Tuesday approved a smaller, €1.074 trillion MFF.

Among the items that saw their proposed funding cut were a major new health initiative the Commission had proposed in response to the coronavirus pandemic, as well as research programs. In addition, the heads of state and government discarded a proposed €26 billion “solvency instrument” that was intended to prop up viable companies now in danger of failing because of the crisis.

“Next Generation EU comes with a great responsibility and we are determined to bring about reforms and investment in Europe,” von der Leyen said at the Council summits closing news conference, referring to the overall €1.82 trillion package by the name she chose for the landmark effort.

“Nevertheless I must also mention a difficult point,” she continued. “In their search for compromise, leaders have made far-reaching adjustments into the new MFF and Next Generation EU, for example, in health, migration, external action, InvestEU. They have not taken up the solvency instrument. This is regrettable.”

Von der Leyen warned the reductions imposed by leaders in order to reach an accord would impede efforts in Brussels to modernize the EU budget.

“It decreases the innovative part of the budget even if more than 50 percent of the overall budget, MFF and Next Generation EU, will support modern policies,” vonRead More – Source
[contf]
[contfnew]