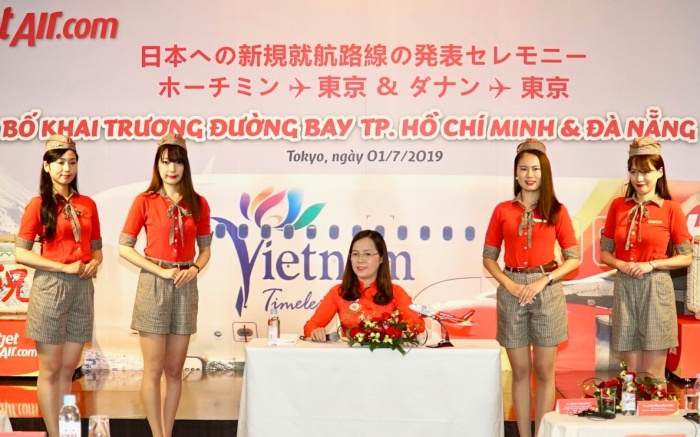 The news was revealed during a state visit to Japan by Vietnamese prime minister, Nguyen Xuan Phuc, as part of the G20 summit.

Nguyen Xuan Phuc congratulated Vietjet and said: “Vietjet has just been established for a few years but has developed rapidly, with a good record of safety and increasingly high-quality services.

“With the expansion of international and domestic flight networks together with its new and modern fleet, Vietjet will become a strong carrier in the region.

During the ceremony, Vietjet also received an official membership certificate for the Japan Federation of Economic Organisation (Keidanren).

Vietjet is one of the few foreign enterprises and the first low-cost carrier in the world to join the biggest comprehensive economic federation in Japan, comprising of around 1,500 members, including leading companies in Japan, national industrial associations, and regional economic organisations.

Speaking at the ceremony, vice president of Vietjet, Nguyen Thi Thuy Binh, said: “The rapid expansion of Vietjets flight network to Japan will help the people of the two countries have more options for their sight-seeing t