WASHINGTON — Top U.S. House Republican defense hawks warned Monday that Boris Johnson would risk a historic rupture in the United Kingdoms intelligence-sharing or trade relationships with the U.S. if he allows the Chinese telecommunications giant Huawei a role in Britains super-fast 5G networks.

But the White House offered no public sign of whether its prepared to unleash such harsh penalties on the United States closest ally — even amid many expectations in London for Johnson to call President Donald Trumps bluff.

Johnsons decision comes after a series of efforts by the U.S. to block the Chinese-owned company from gaining a foothold in 5G, amid warnings from national security leaders that Huaweis involvement could open the door for espionage. The Trump administration has described the issue as crucial to the Wests struggle with Beijing for dominance of the technologies of the future, but has had only limited success in getting U.S. allies to go along.

The latest warnings from Reps. Liz Cheney of Wyoming, Jim Banks of Indiana and Mike Gallagher of Wisconsin echoed many months of similarly strong rhetoric from Secretary of State Mike Pompeo, who is due in London on Wednesday.

Theres reason to be skeptical of these threats from China hawks in Congress, as Trumps Pentagon and his Treasury secretary, Steven Mnuchin, have said the U.S. should not punish those who are already doing business with Huawei, a global leader in telecom technology.

The Trump administrations inconsistent response could allow Huawei to avoid repercussions if Johnson decides to work with the Chinese company, a person familiar with the companys thinking told POLITICO on Monday. A move by the United Kingdom to include Huawei equipment in its 5G networks could also give political cover for Canada, Germany and other countries to follow suit, the person said.

The person acknowledged that such a decision could lead to more attacks from the Hill, “potentially even a congressional hearing. That wouldnt surprise me in the least.”

But the U.K. should not underestimate the risks of refusing to exclude Huawei, the three GOP lawmakers said. They said such a decision would be “short-sighted,” harming the two nations intelligence ties as well as prospects for a U.S. trade deal with the U.K. after it leave the European Union.

The U.K. is one of the so-called Five Eyes countries, along with the U.S., Canada, Australia and New Zealand — an alliance whose members share many of their most sensitive intelligence secrets in an attempt to head off emerging threats. 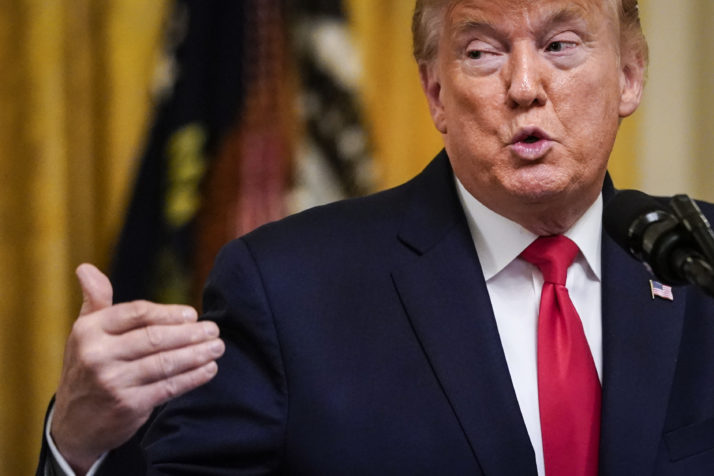 “Our relationship with the U.K. right now is among our very closest, if not the closest in the whole world,” said Cheney, the No. 3 House Republican leader. “I think that if they make the decision that if theyre going to have Huawei in their 5G that we have to recalculate [and] reassess whether or not they can continue to be among the closest of our intel partners.

“We have no choice,” she added. “Its our own security at risk.”

Pompeo has sent similar messages during the past year, including a February 2019 interview with Fox Business in which he said any country that allows Huawei into its “critical information systems” would pay a price: “We wont be able to share information with them, we wont be able to work alongside them. In some cases, theres risk we wont even be able to co-locate American resources, an American embassy or an American military outpost.”

“Theres real risk, and we want to make sure they know not only the risk to their own people but their risk of being able to work alongside the United States in keeping the world safe,” Pompeo added at the time.

Pompeo upped the pressure on the British on Sunday, tweeting in support of a Conservative member of Parliament who wrote in a Daily Mail op-ed that “Huaweis 5G sets us on a path that undermines our autonomy and the repercussions could be grave.”

But such warnings have largely been met with skepticism in Britain. Andrew Parker, the head of MI5, told the Financial Times he has “no reason to think” that the U.K.s intelligence-sharing relationship with the U.S. would suffer if Britain adopted Huawei technology in its 5G network, as POLITICO Europe noted on Monday.

And Trumps own words have undermined the message at times, including a February 2019 tweet in which he appeared to cast doubt on the strategy of excluding Huawei. “I want the United States to win through competition, not by blocking out currently more advanced technologies,” he wrote.

Just last week, The Wall Street Journal reported that Trumps own Defense Department has been opposing tougher Commerce Department restrictions on U.S. companies sales to Huawei, for fear that the loss of revenue would harm defense contractors ability to invest in research and development. Defense Secretary Mark Esper acknowledged as much in a D.C. appearance on Friday, contending that “we also have to be conscious of sustaining those companies, supply chains and those innovators. … Thats the balance we have to strike.”

At the same time, Esper warned against the myriad threats China poses to U.S. technology and said the military regards Beijing as the United States top strategic challenge.

Espers comments drew a sharp blowback Monday from Cotton, who joined Republican Sens. Marco Rubio of Florida and Ben Sasse of Nebraska in requesting a briefing on the Pentagons rationale for opposing the restrictions. 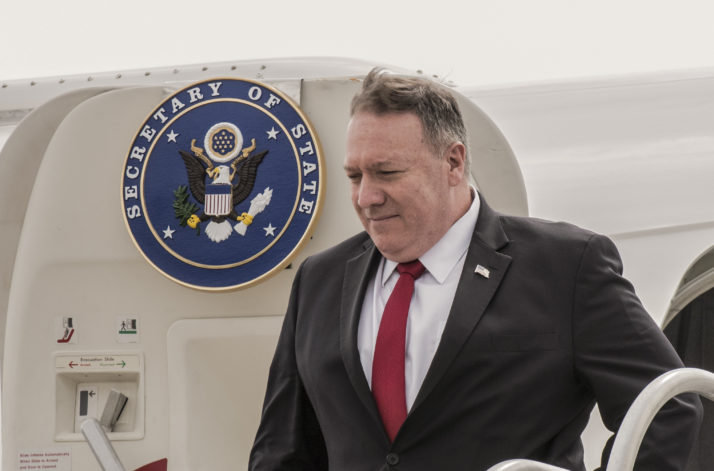 “Its bad enough when capitalists are willing to sell the rope that will be used to hang us, but worse still when our military acts as their lobbyist,” Cotton said.

Besides cutting off intelligence-sharing, Trump has another potentially huge piece of leverage over Johnson: With the U.K. poised to leave the European Union, London needs to negotiate a new trade agreement soon with its biggest trading partner, the United States. And Trump could simply refuse to make a deal.

However, Mnuchin has said repeatedly in recent days that the administration is interested in reaching an agreement with the U.K. this year. He has given no indication that the Huawei issue is a potential impediment.

Trump could also wield his broad powers under the International Emergency Economic Powers Act to threaten tariffs on U.K. exports, in the same way he used the law last year to threaten escalating tariffs on Mexican goods because of illegal immigration.

But slapping tariffs on British goods would not be without pain for the United States: Two-way goods trade between the United States and the U.K. totaled about $127 billion in 2018, with the United States enjoying a slight surplus of about $5.5 billion. The United Kingdom Read More – Source
[contf]
[contfnew]