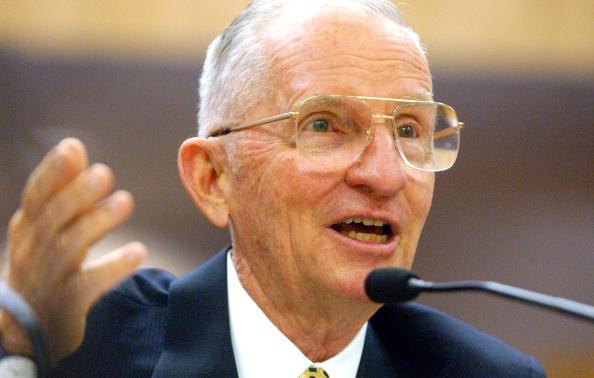 US billionaire and two-time presidential candidate Ross Perot has died at the age of 89, his family has said.

The feisty Texan tech tycoon made his name and his fortune after selling a majority stake in the data company he founded to General Motors for $2.5bn (£2bn) in 1984.

But he was best known for running in the 1992 US presidential election, alongside Bill Clinton and George HW Bush. He also launched a bid for the White House in 1996.

“Ross Perot, the ground-breaking businessman and loving husband, brother, father and grandfather, passed away early Tuesday at his home in Dallas, surrounded by his devoted family,” the Perot family said in a statement.

A family spokesperson said leukemia was the cause of death.

Perot, whose fortune was estimated at $4.1bn by Forbes in April this year, was known for his direct and assertive approach.

When two of his employees were jailed in Iran in 1978, he organised for a private team of commandos to break them out.

In politics, he ran as an independent and garnered support among disaffected voters who had lost faith in the RepuRead More – Source
[contf]
[contfnew]