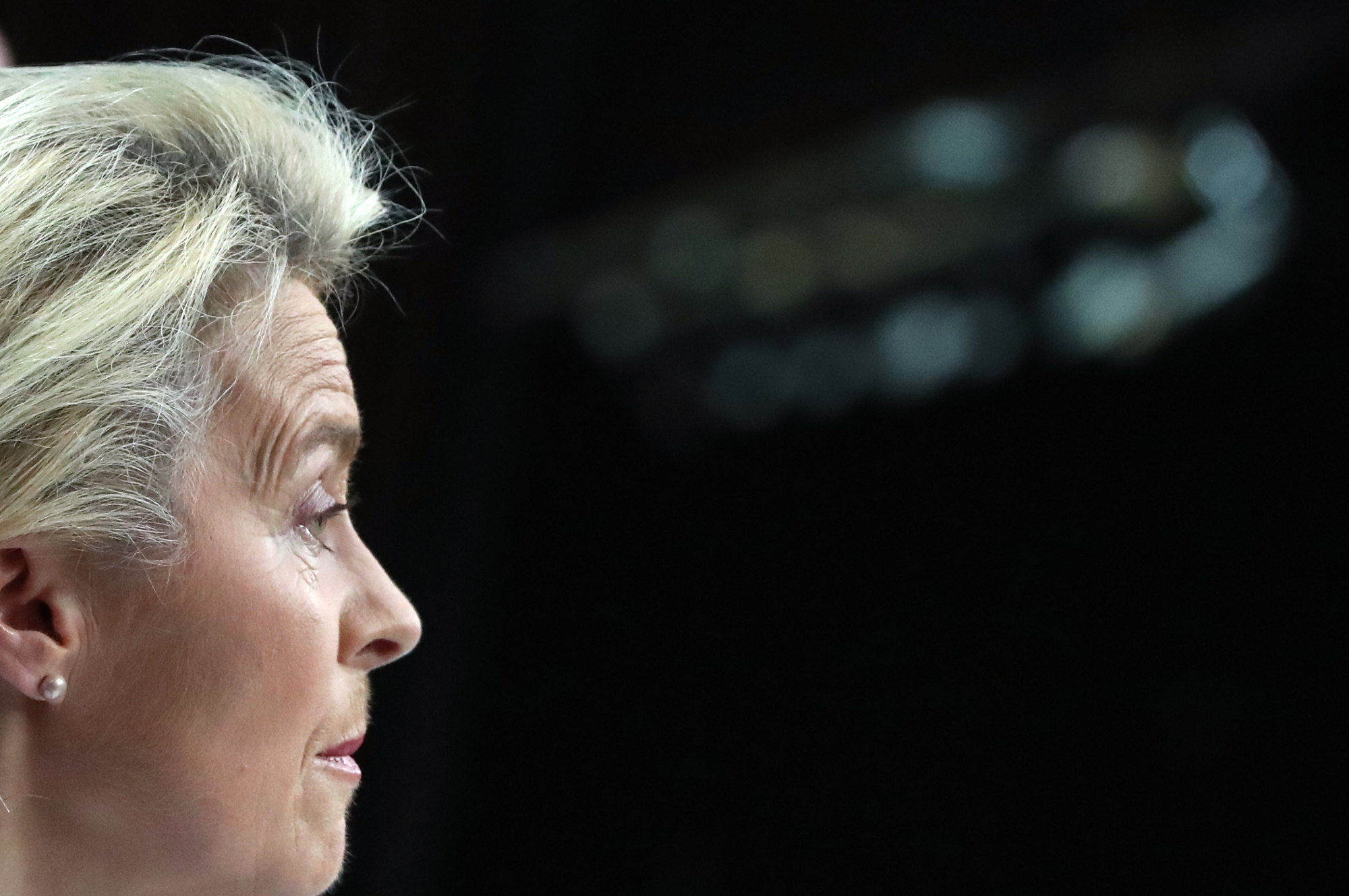 The state of the EU is fragile.

With the world still battling the coronavirus pandemic, and the full scale of the economic damage not yet known, Commission President Ursula von der Leyen will use her first State of the European Union speech on Wednesday to try to reassure the roughly 440 million frazzled citizens she serves that Brussels has a robust recovery fund and that she has a plan for implementing it.

Speaking to the European Parliament in Brussels, rather than at its official seat in Strasbourg because of surging coronavirus infections and continuing travel restrictions, von der Leyen will acknowledge the general brittle state of affairs, and lay out her vision for the post-COVID EU, which includes adopting even more ambitious targets to fight climate change and more aggressive efforts to drive digital innovation.

She will also attempt to draw some preliminary lessons from the mistakes in managing the early months of the crisis, and propose giving Brussels greater authority over health policy in the event of a future emergency — citing the at times disjointed responses from panicked national governments, which hoarded protective equipment and shut their borders, disrupting commerce and stranding citizens.

Officials familiar with von der Leyens draft remarks would not reveal her specific policy prescriptions. But in a lengthy and wide-ranging address, she will touch on virtually all aspects of EU governance, including the effort to help design and implement national recovery plans; an initiative to combat racism; as well as her views on myriad foreign policy topics including relations with the U.S. and China, and on the post-Brexit trade talks with the U.K.

The anti-racism initiative, in response to growing global awareness of endemic discrimination, is one of a few totally new proposals that will be laid out in the speech.

Samira Rafaela, a Dutch member of the European Parliament, urged that national capitals be held to account for enacting the proposals. “It is important that the European Commission will put forward new legislation that makes member states also responsible for the implementation of the anti-racism action plan,” she said, adding: “Being close to all our citizens, the involvement of civil society is also crucial for successfully carrying out the anti-racism action plan.”

And, with the State of the Union speech coming just days after a devastating fire that destroyed the Moria refugee camp on the Greek island of Lesvos, von der Leyen will also speak in general terms of the urgent need for the EU to overhaul its migration and asylum policies, after years of failure.

The Commission is expected to present its plan on migration and asylum on September 23, a day before EU heads of state and government convene for a summit in Brussels. Von der Leyen is not expected to provide details of the proposal in advance, and one senior EU official said that national leaders would likely not have enough time to study it to allow a detailed discussion at the summit.

Rather than explore the potentially divisive details of asylum policy, von der Leyen is expected to make a broad call for a stronger EU role in assisting frontline coastal countries, speeding decisions on asylum applications, and preventing humanitarian disasters.

To avoid spending too much of the speech looking backward, von der Leyens team has prepared a 26-page pamphlet touting her Commissions accomplishments since taking office last December.

But the center of gravity for all of her remarks will be the historic €1.8 trillion budget-and-recovery package, including an unprecedented amount of joint debt, which she proposed late last spring in response to the coronavirus crisis and that EU leaders approved in July.

She will hold up the landmark budget-and-recovery deal as clear evidence of the EUs ability to act decisively in a crisis — with leaders overcoming sharp political and philosophical disagreements to deploy unprecedented fiscal firepower.

The adoption of that package effectively gives von der Leyen a fresh start on all of her initiatives, including the green and digital agendas that predated the pandemic.

But while the president and her Commission may feel less pressure having already secured such a historic achievement, the crisis is still unfolding and it is far from certain that even these huge funds and the envisioned measures will be sufficient —