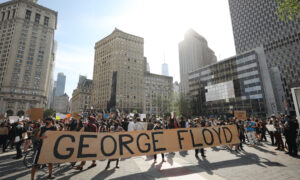 A group of student athletes at Kansas state University, including the universitys football and womens basketball teams, said they would not play or practice until a student who joked about George Floyd on Twitter is expelled.

At the center of the controversy is Jaden McNeil, a junior at Kansas State and the founder of nationalist student organization “America First Students.” On Thursday afternoon, McNeil wrote “Congratulations to George Floyd on being drug free for an entire month!”

George Floyd, who had an extensive criminal history, died in the custody of four Minneapolis police officers on May 25. A forensic report (pdf) indicates that Floyd had fentanyl and methamphetamine in his system when he died, but doesnt link the drugs to the death.

In a statement posted online, black student athletes from several sports said they they will not play in their respective seasons, unless the Kansas State establishes a policy of expelling students who “openly display racism” on social media.

“Due to recent insensitivity from Kansas State students, collectively as Black student athletes we will NO LONGER accept these types of actions. If we do not see any change, we will not participate in any donor or recruiting events,” the statement reads. “We also need to see student Jaden McNeil receive strong consequences of [sic] his insensitive actions.”

In response, Kansas State President Richard Myers issued a statement on Friday, condemning McNeil of “racism and bigotry” and promising to launch an “immediate review of the universitys options.”

“Black Lives Matter at Kansas State University and we will continue to fight for social justice,” said Myers.