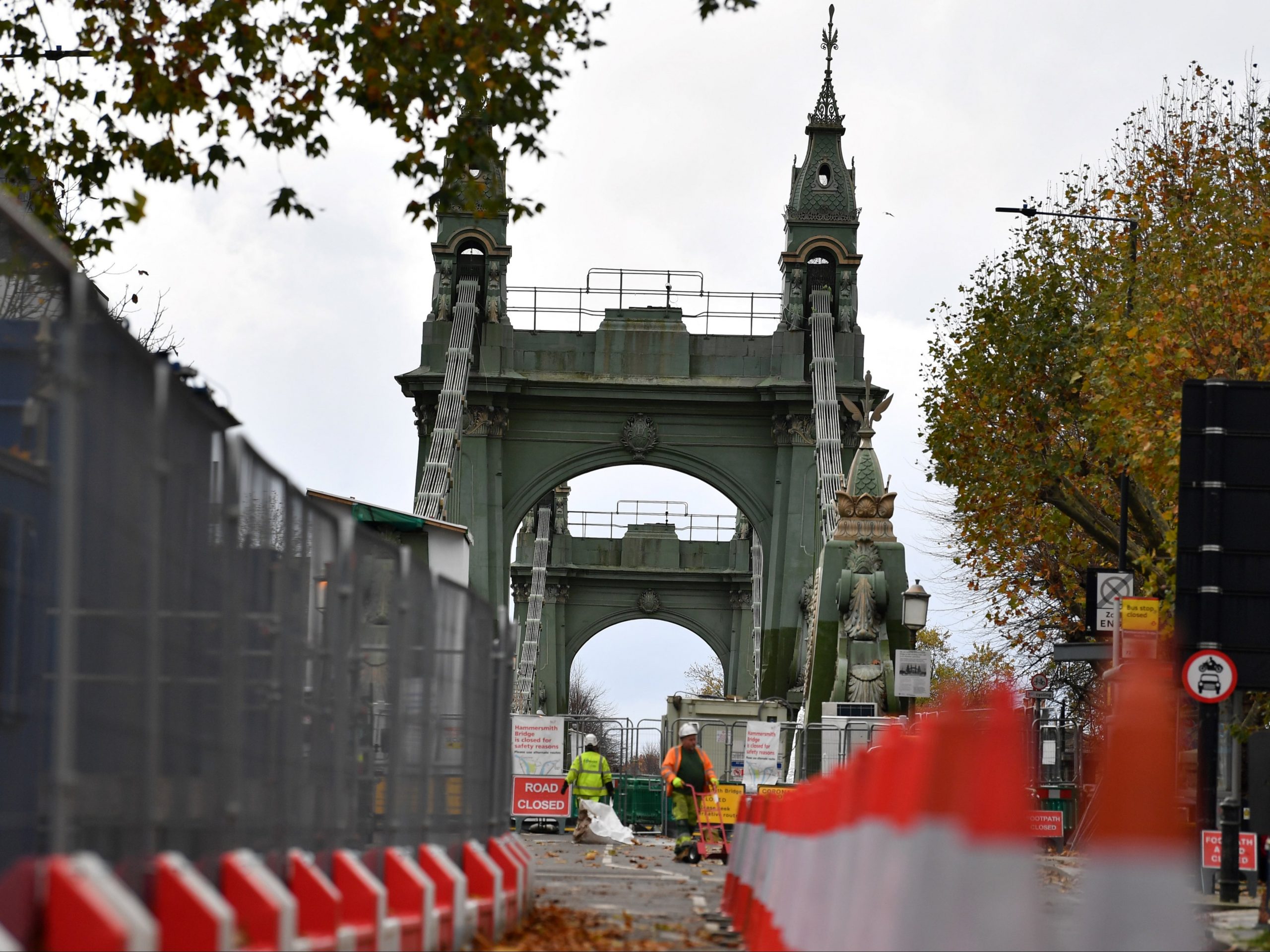 Just under half of England’s busiest bridges are severely defected or damaged, but have remained open due to concerns about an influx of traffic should repairs be ordered, it has been revealed.

Some 4,000 bridges out of an estimated 9,000 crossings, as well as various culverts on motorways and A-roads, have been identified as having key sections in a “poor” or “very poor” condition, The Times found in an investigation which used data obtained from Highways England under the Freedom of Information (FoI) Act.

The defects to some structures are thought to be so severe that they might eventually be unable to carry the number of cars they currently can.

Data shared with The Times showed that 858 structures across the country had at least one crucial section in “very poor condition” as of April 2019. While 14 bridges and culverts were given the worst possible score of zero.

The Times has said Highways England, the government agency which maintains motorways and A-road, tried to keep the figures secret originally, only releasing them after a year-and-a-half long FoI battle.

In London, Hammersmith Bridge has been closed to cars for over a year owing to structural concerns after engineers discovered microfractures — a result of decades-long unchecked corrosion. Transport for London (TfL) revealed that around 200 of the 500 bridges it looks after in the capital also had sections in poor or very poor condition, The Times said.

It is thought the bridge will not be fully operational again for six years, leading to a ban on river traffic below the bridge. If true, much to the dismay of locals who get an annual front row seat, the Oxford-Cambridge boat race could be moved off the Thames for the second time in its history.

Sections of bridges, or infrastructures, that receive a rating of “poor” or “very poor” do so because they are at risk of failure, according to the documents obtained by The Times. To prevent further damage, weight restriction measures, such as single lane traffic and banning heavy vehicles altogether, are usually enforced.

Highways England insisted that a rating of “poor” or “very poor” did not mean a structure was unsafe, and that the overall condition of structures had improved over the past five years. It also said that £1.5bn had been designated for this kind of maintenance up until 2025, a £200m increase on the previous five-period period.

However, Matt Rodda, the shadow roads minister, told reporters that it is a “major safety concern and real failing of this government” that so much of the nation’s vital infrastructure is in “such poor condition”.

“Bridges are a critical part of the functioning of any country and it is alarming that so many have fallen into disrepair in the UK,” Mr Rodda said.

He said the public had every right to “have serious doubts about this government’s ability to fulfil new projects that have been promised if they cannot maintain existing infrastructure to even minimum levels”.

“[The government] must get their act together and ensure bridges everywhere are safe to use,” the shadow minister said.

The government knows how disruptive closing certain bridges can be, which is thought to be the reason that the majority of the sites belonging to Highways England have remained open. In January, a maintenance operation on the Oldbury viaduct, on the M5 in the West Midlands, finally wrapped up after three years of hugely disruptive lane closures and speed restrictions.

Repairs to the affected section, which carries 60,000 vehicles a day, were projected to take 18 months.

The FoI containing the astonishing figures was submitted by The Times in March last year, but the paper claimed Highways England tried to block the request on the grounds that it could help terrorists commit an attack.

The information commissioner, the official regulator, found that the agency’s arguments were baseless and subsequently ordered the release. However, the disclosure was delayed yet again in 2020 when Highways England tried to get a judge to rule the information should be withheld.

It comes after an investigation by the OpenDemocracy website, which found that the British government was operating a secretive internal unit to block requests for information by the public under transparency laws.

The FoI Clearing House, an “Orwellian” operation within Michael Gove’s Cabinet Office, reportedly shares personal information about journalists and researchers and has been accused of “blacklisting” people making freedom of information requests.

Transparency campaigners and data protection experts said the unit was an attempt to circumvent the transparency protections in the FoI Act, and was likely unlawful.

The government has denied any wrongdoing, with Boris Johnson’s official spokesperson telling a regular briefing of Westminster journalists at the time: “The FoI clearing house has been operating as part of the Cabinet Office in terms of the Freedom of Information Act since 2005, so it is nothing new.”

“The system is applicant-blind. The processing of FoIs is fully compliant with all data protection rules,” the spokesman said when asked if requests from journalists were being flagged.