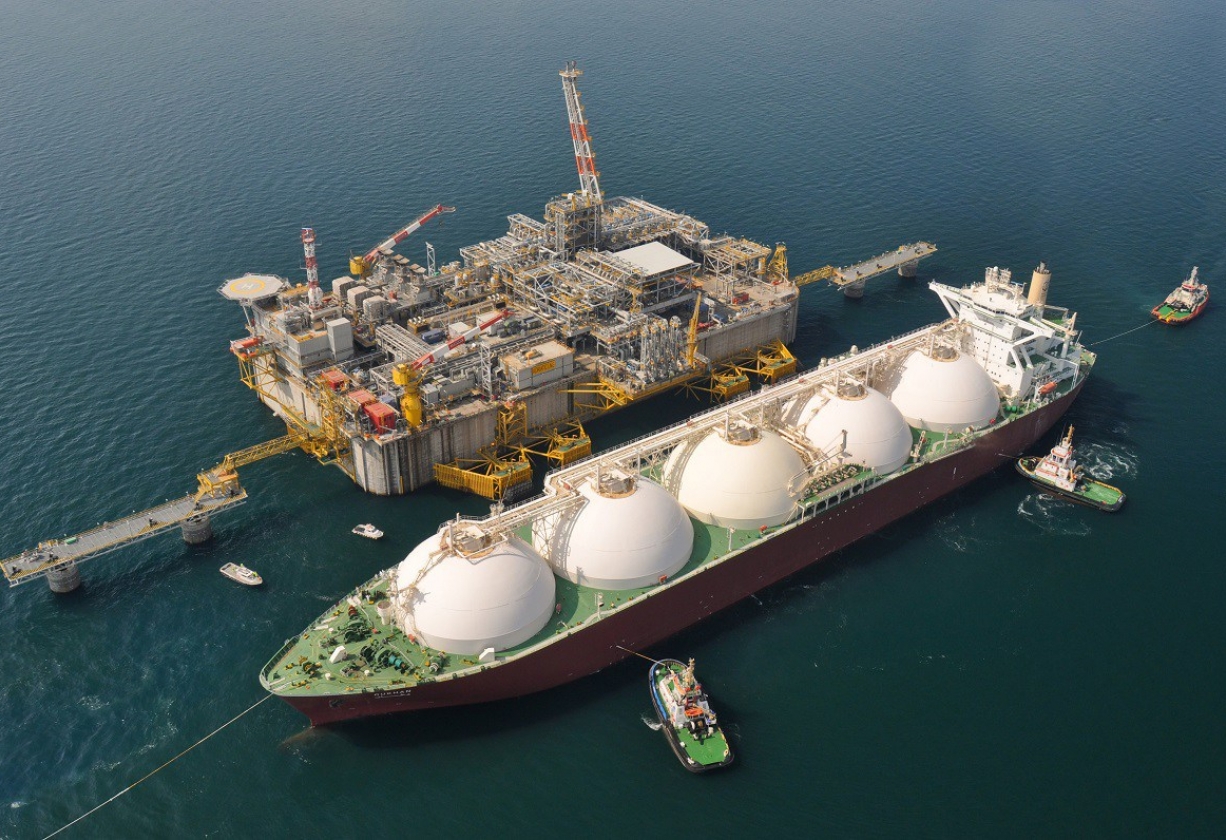 Nemchinov said the negotiations are in light of the continuous rise in prices and global demand.

“Indeed, we are working on direct contracts with Qatar. It’s a difficult story, but we are working on that, really,” he said, adding that the deliveries will be carried via two terminals in Poland, Gdansk and Swinoujscie.

The Russia Today website quoted Nemchinov as saying that the supplies are scheduled to come through two ports in Poland.

“The capacity of Ukrainian-Polish gas infrastructure is not particularly big. We are working to increase it and get an opportunity to receive LNG from these two terminals under a direct contract with Qatar,” the deputy minister added.

The office of the President of Ukraine announced that President Volodymyr Zelensky discussed with the Emir of Qatar Sheikh Tamim bin Hamad Al Thani the possibilities of supplying Qatari gas to his country, on the sidelines of a climate conference earlier this month.

Qatar is the largest exporter of liquefied gas in the world. It is currently working to expand its presence globally by opening new markets and enhancing its sales to existing markets.

Natural gas prices rose this year with the resumption of economic activities after a period of suspension due to the Coronavirus pandemic, and demand for liquefied natural gas rose in Asia. This reduced supplies to Europe, which caused shock waves for the energy-dependent sectors.

In a related context, the British government is communicating with Qatar to conclude a long-term natural gas supply deal to compensate for the large deficit experienced by Europe.

Europe suffers from a shortage of liquefied gas supplies, which has caused wholesale prices to rise.

Meanwhile, the Financial Times said that the British government had contacted Qatar in an effort to reach a long-term gas deal and increase supplies.

The newspaper quoted informed sources that British ministers and their counterparts in Qatar, the largest producer of liquefied natural gas in the world, have held talks on a long-term agreement under which Doha will become a “supplier of last resort.”

Qatar also changed the course of four large tankers to Britain, during the past two weeks, newspaper added.

The newspaper quoted a source familiar with the talks that the shipments came after British Prime Minister Boris Johnson requested assistance from the Emir of Qatar, Tamim bin Hamad Al Thani, in a meeting held recently on the sidelines of the climate summit in Glasgow.

Natural gas prices rose this year with the resumption of economic activities after a period of suspension due to Coronavirus, and the high demand for liquefied gas in Asia, which led to a decrease in supplies destined for Europe, which caused shock waves for the energy-dependent sectors.