LONDON — The U.K. government has been at pains to stress it is “following the science” in its response to coronavirus — but not all scientists agree.

Since early March, Boris Johnson and his ministers have repeated the mantra that every decision they take is informed by the best available scientific advice. Governments elsewhere, too, have also cited their own experts, though at key points in the pandemic Britains response has broken with the international consensus.

Now U.K.-based scientists outside official government circles have flagged this discrepancy and what they see as politicians failure to provide adequate explanations. This week they set up an alternative advisory group of experts.

“[The U.K.] didnt follow World Health Organization advice and there are real questions to be asked about why not,” David King, the new groups chair and former government chief scientific adviser to past prime ministers Tony Blair and Gordon Brown, said in an interview.

“WHO has top epidemiologists and virologists advising them, including people from Britain. And in the past British scientists worked very closely with the WHO, for example in the SARS outbreak, and at that point we were very much in the lead in explaining the best way out of that epidemic.”

The government insists it has been transparent about decision-making throughout the pandemic.

King, a professor of physical chemistry at the University of Cambridge with expertise in climate change, pointed to comments from mid-March to “herd immunity” as a potential way out of the crisis. While other countries were banning mass gatherings and imposing lockdowns, Chief Scientific Adviser Patrick Vallance told a press conference on March 12 that it was “not desirable” to stop people getting coronavirus “because you want to get some immunity in the population.” He later apologized for not being clear, saying he didnt mean the governments plan was to let the virus run through the population unchecked.

King also highlighted U.K. advice, also from mid-March, that people with coronavirus symptoms should stay at home for seven days, instead of the 14 days recommended by the WHO.

He is pressing for more transparency around the discussions of the Scientific Advisory Group for Emergencies, the official body guiding ministers through the latest science on the coronavirus, which is chaired by Vallance.

As the U.K. official death toll on Wednesday became the worst in Europe, the government is under increasing pressure from those such as King and from the media to defend such differences in policy.

However, public approval of the government has risen during the crisis, according to a new survey from Edelman, up from 36 percent in January to 60 percent today — a bigger leap than in any other country since the coronavirus outbreak began.

Some Tories accuse King and his group of alternative advisors of political motives, highlighting the left-leaning links of many in the group.

Stephen Metcalfe, a Conservative MP for South Basildon and East Thurrock and former chair of the House of Commons science committee, said SAGE members, which include the likes of the Royal Society President Venki Ramakrishnan, are not the type that would be “easily pressurized” and the idea that they are not providing independent advice to the government is “ridiculous.”

“I do not believe there is a need for an alternative, so-called independent group to be giving alternative advice. I think it is confusing for the public and potentially dangerous for alternative groups to set themselves up as an alternative authority on these things,” Metcalfe said.

Regardless of the motivations of Kings group, their very public intervention demonstrates the lack of scientific consensus on this emerging crisis and undercuts Johnsons key message that “the science” is leading the way.

One of Kings criticisms — that there is not sufficient transparency regarding the scientific advise given to the government — appears to have been heard in Westminster.

Vallance defended SAGE at a hearing of the Commons health and social care committee on Tuesday, saying the group has never published minutes before an “event” they are advising on has finished. Acknowledging that in the case of coronavirus the end date is not clear, he said he wanted SAGE to get into a “regular rhythm” of publishing papers, once a month or every couple of weeks if possible. But he cautioned “it is up to the politicians to decide when they think theyre happy to have the advice that has gone to them then released into the public domain.” 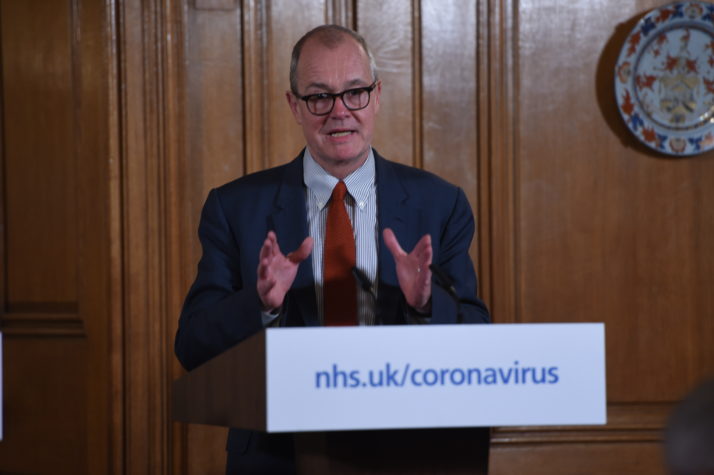 The government insists it has been transparent about decision-making throughout the pandemic, with Patrick Vallance and other SAGE members answering questions daily | Pool photo by Eddie Mulholland/Getty Images

“Were in a better position than in the past but I completely accept that with an ongoing situation like this its very important that the science advice is known, and the science advice should be opened to scrutiny, and the timing of that shouldnt be at the end of the whole thing, that is clearly too far away,” Vallance said.

This week, SAGE released papers with some of its advice to government and a partial list of its members, following accusations of secrecy, political interference and lack of breadth in expertise. But minutes from its coronavirus meetings have not yet been published.

Without them, King argues it is impossible to know whether SAGE agreed with the WHO or whether the final decision was influenced by political decision-making and concern about shutting down the economy. Welcoming this weeks release of papers, King said scientific advice feeding into government has previously been “all opaque” and less transparent than in previous national crises.

The government insists it has been transparent about decision-making throughout the pandemic, with Vallance and other SAGE members answering questions daily at televised press conferences, and that SAGE has been working at a very fast pace to assimilate all the emerging scientific evidence on the virus and its impacts.

King, meanwhile, on Monday convened a 12-strong group of experts alternative to SAGE, which met by video call. The meeting was chaired by former Brexit secretary and Tory MP David Davis, and streamlined online.

Their aim, King insists, is not to criticize SAGEs scientists or to appease some private longing for a seat at the main table but to demand transparency. He reiterated his concern, first reported bRead More – Source
[contf]
[contfnew]