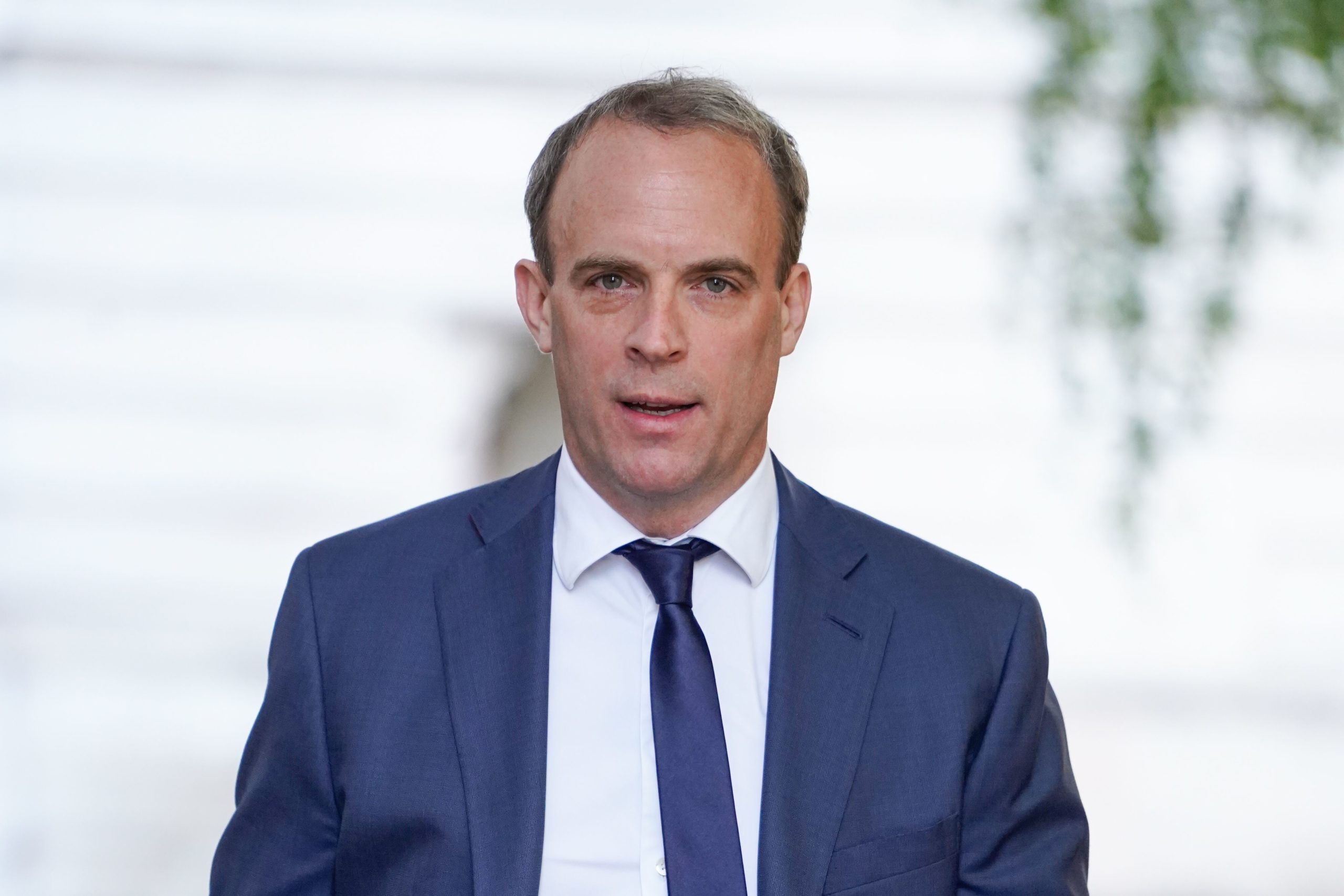 Any threat to peace in Ireland as a result of Brexit is due to the EUs “politicization of the issue,” U.K. Foreign Secretary Dominic Raab said Wednesday during a visit to Washington.

After the U.K. government attracted huge criticism for its decision to rewrite elements of the Brexit Withdrawal Agreement, Raab sought to use the visit to the U.S. capital to build transatlantic support for the controversial Internal Market Bill — and also turned up the rhetoric against the EU.

Speaking at a press conference alongside U.S. Secretary of State Mike Pompeo, Raab told reporters he had “positive conversations not just with [Pompeo] and the administration but also with congressmen and women from both sides of the political aisle” on the bill and its implications for the Good Friday Agreement.

Top U.S. Democrat Nancy Pelosi last week warned there was “absolutely no chance” of a U.K.-U.S. trade deal if the move causes Brexit to undermine the Good Friday Agreement maintaining peace in Ireland. Raab noted during his press conference that he would meet Pelosi later Wednesday.

Raab called the U.K.s action in bringing forward the domestic bill “defensive in relation to what the EU is doing,” adding it was both “precautionary” and “proportionate.”

Pompeo in turn offered his support to the U.K. government, telling reporters that “we trust the United Kingdom.”