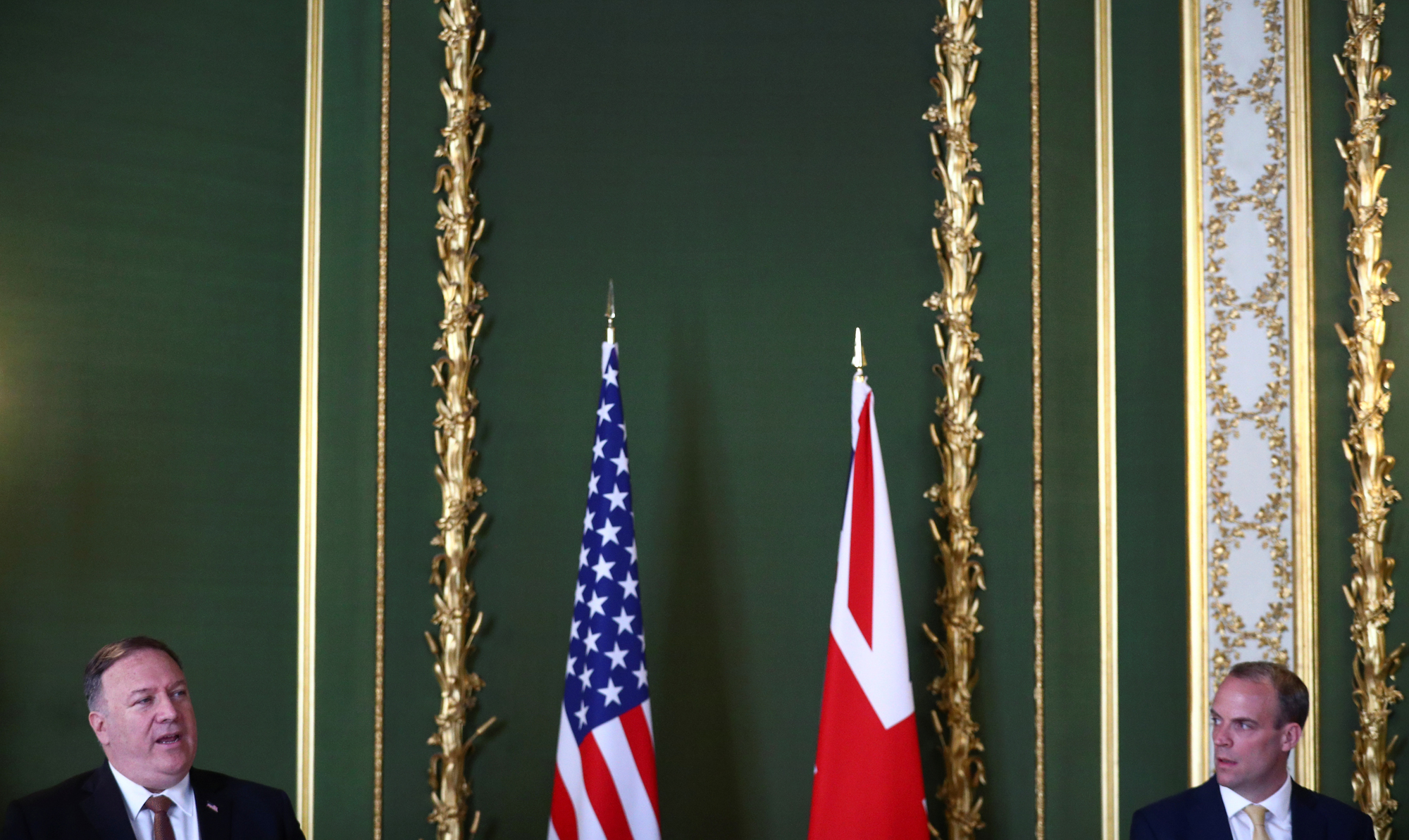 LONDON — Mike Pompeo made clear he was not in the U.K. to catch up with friends.

The U.S. secretary of state paid a visit to Britain Tuesday as part of his mission to build a coalition of nations against China that can “push back” against human rights abuses in Hong Kong and Xinjiang, regional aggression in Asia and trade infringements across the world.

“We hope we can build out a coalition that understands this threat and will work collectively to convince the Chinese Communist Party its not in its best interests to engage in these kinds of behaviors,” he told a press conference in London alongside U.K. Foreign Secretary Dominic Raab.

Raab indicated the U.K. was on board but only to a degree. The foreign secretary avoided getting sucked into the strong anti-China rhetoric from the U.S., which some believe is being fueled by Donald Trumps reelection campaign.

“I think there is concern that the American approach to China at this moment is shaped to some extent by American domestic politics, and China is clearly an important element in the election campaign,” said Professor Malcolm Chalmers, the deputy director general at the Royal United Services Institute think tank.

Raab was explicit in linking British decisions on China to its own domestic interests.

The campaign language from Washington puts Britain in an uncomfortable spot.

On Monday, Johnson said he did not want to be “pushed into a position of becoming a knee-jerk Sinophobe,” despite deteriorating relations with Beijing. But the next day, Raab had to stand by as Pompeo unloaded on China — pointing out Trump-style that the coronavirus originated there.

“The CCP [Communist Party of China]s exploitation of this disaster to further its own interests has been disgraceful,” he told the press conference at the U.K. Foreign Office. “Rather than helping the world, General Secretary Xi [Jinping] has shown the world the partys true face.”

The U.K. is unlikely to push back in public, especially as it tries to secure a trade deal with the U.S. But Britain does not want to become an accessory to the Trump campaign.

“I think the U.K. will want to maintain some degree of autonomy,” Chalmers pointed out. “The U.K. and U.S. interests in relation to China are not the same.” He added, “I think when the British government says it wants to avoid a second Cold War, it means it.”

Indeed, Raab was explicit in linking British decisions on China to its own domestic interests. While Pompeo warned about the risks of Chinese data collection on Huawei networks, Raab said Britain had banned the Chinese tech firm from helping to build its 5G infrastructure after U.S. sanctions made the task more difficult.

The U.K. government has also suspended its extradition deal with Hong Kong and banned arms exports to the region in response to the new security law there, which the U.K. branded a violation of the 1984 Sino-British declaration.

Asked whether the U.K. was giving in to pressure from Washington on China, Raab told the press conference: “I dont think theres any question of strong-arming.”

There is no doubt Britain, like other nations, has taken a harder line on China in recent weeks. The growing animosity cuts across the political divide.

Former Conservative leader Iain Duncan Smith said the event was a “meeting of minds” for people “who shared the same view, which is there is a problem with China.” 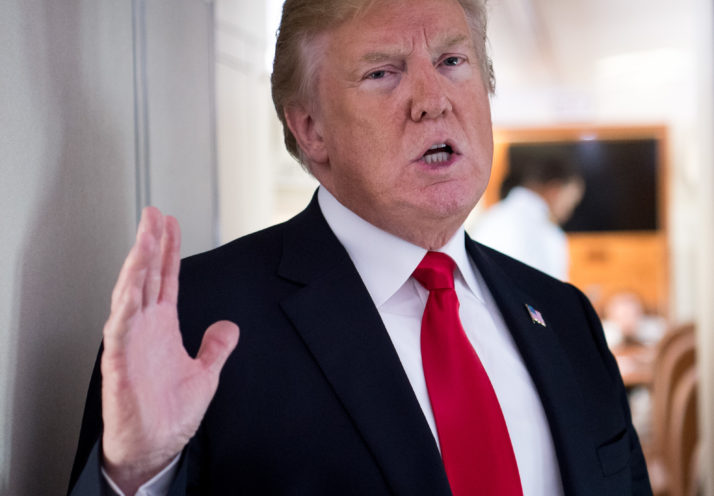 U.S. President Donald Trump is in a tough race for reelection in November | Saul Loeb/AFP via Getty Images

Labour MP Chris Bryant, who was also in attendance, said the U.K. should “have its eyes wide open about the totalitarian instincts of the Chinese Communist Party.” He added: “We should work with all our allies to ensure China understands that the world will not stand idly by as they oppress the Uighurs, repress freedom in Hong Kong and engage in widespread industrial and foreign espionage.”

Labour peer Alan West, the former head of the navy, suggested a new NATO to Pompeo at the event: A new Southeast Asia Treaty Organization of nations that would protect each other if attacked. “What we need to do is to get as many like-thinking nations whRead More – Source
[contf]
[contfnew]