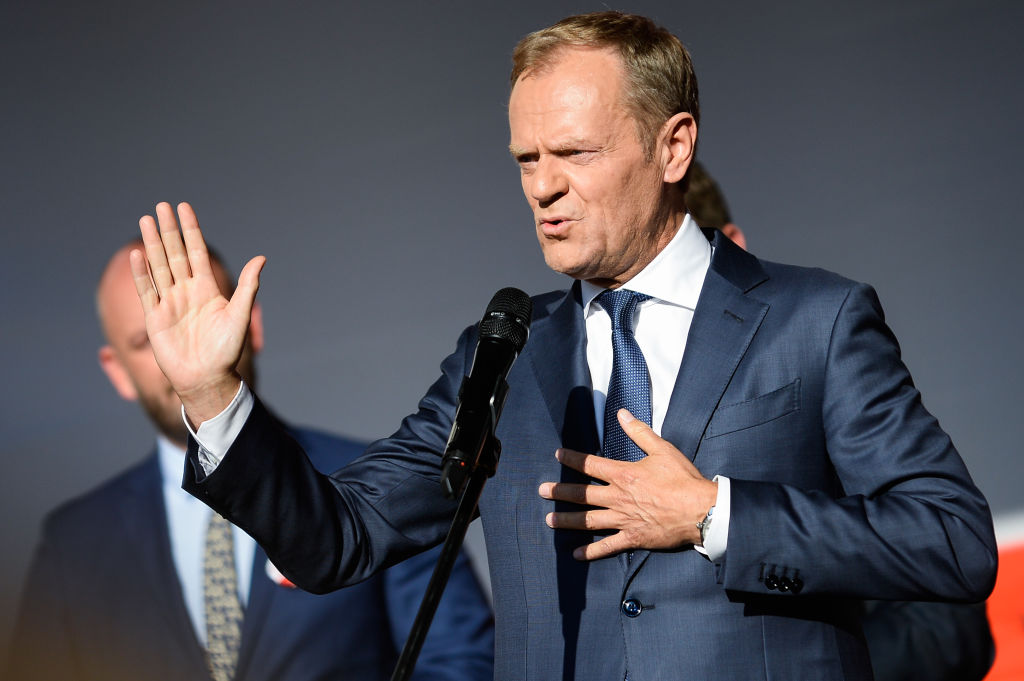 EU chief Donald Tusk has slammed the UK for “wasting” the extension to the Brexit deadline as the Conservative Party gears up for the final stage of the leadership race.

The European Council president said he was not happy with the situation in Westminster, but admitted he understood the “political reality”.
In April Tusk urged the UK not to “waste this time” after the EU granted an extension to the Brexit deadline until 31 October.
But the Tories have since become embroiled in party political matters, as its members prepare to vote on a successor to Prime Minister Theresa May.
Boris Johnson is widely considered the frontrunner, while foreign secretary Jeremy Hunt has also made it into the final round.
Johnson has insisted the UK will leave by the Halloween deadline regardless of whether or not a deal has been secured, while Hunt has remained open to a further extension.
Bank of England governor Mark Carney today dismissed Johnsons claim that the UK could secure a 10-year grace period to avoid paying EU trade tariffs after a no-deal Brexit.
Read More – Source
[contf]
[contfnew]