WASHINGTON — Trump administration officials are considering whether to start a new trade investigation against the European Union as the window closes for hitting Brussels with automobile tariffs, according to multiple people briefed on the issue.

Such a move would mean that European auto imports wouldnt be subject to duties out of national security concerns, but the trading bloc would be subject to a much broader inquiry, the people said.

“What it would do is it would create a situation that for another year would give the president leverage over the EU,” said a former administration official.

President Donald Trump was supposed to make a decision by November 14 on whether to take action against imports of automobiles and auto parts from the EU.

But with the deadline passed, questions are now being raised over whether he can continue using Section 232 of the Trade Expansion Act of 1962 to take any future tariff action. The previously little-used provision allows the president to impose trade restrictions if imports are considered a threat to national security.

Trump has consistently complained that the EU imposes a 10 percent tariff on vehicles while the U.S. only has a 2.5 percent import duty on passenger cars

An investigation under Section 301 of the Trade Act of 1974 would be potentially more sweeping and would subject numerous European industries, subsidies and other programs to scrutiny. The move would also effectively terminate the national security investigation.

Section 301, which also has been little used by previous administrations, allows the president to impose trade restrictions if an investigation finds that a country is engaged in a practice that is unjustifiable and burdens or restricts U.S. commerce.

Trump used the Section 301 provision to justify wave-after-wave of tariffs on China after an investigation by the U.S. Trade Representatives Office found that Beijings policies on technology transfer and intellectual property “burden or restrict U.S. commerce.”

Those briefed on the latest matter said it wasnt clear which EU trade policies that the administration would target in any inquiry, and whether autos are still the main target of Trumps potential actions.

Trump has consistently complained that the EU imposes a 10 percent tariff on vehicles while the U.S. only has a 2.5 percent import duty on passenger cars. Hes also argued that the current transatlantic trade relationship is unfair because the United States has a $151 billion trade deficit in goods with the EU. 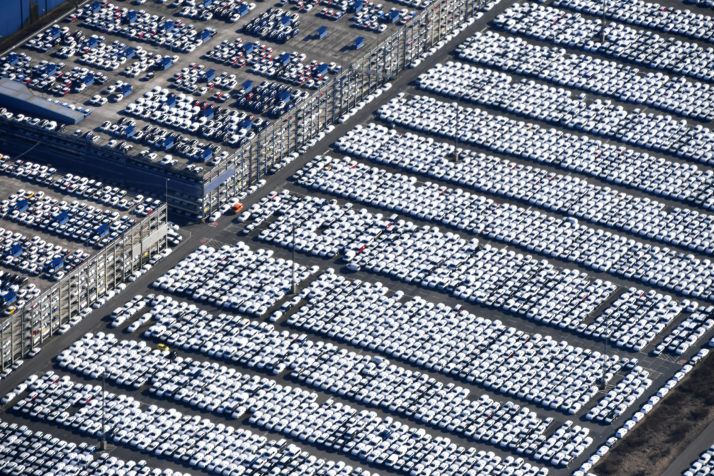 “Many countries charge us extraordinarily high tariffs or create impossible trade barriers. Impossible,” Trump said last week in an economic policy speech in New York. “And Ill be honest: European Union — very, very difficult. The barriers they have up are terrible. Terrible. In many ways, worse than China.”

The U.S. Trade Representatives Office, which would be responsible for launching a new Section 301 investigation, did not respond to an inquiry on the potential action. The Commerce Department, which is in charge of Section 232 investigations, referred questions to USTR and the White House.

Already, Trump has faced enormous pressure for trying to use national security justification to pursue tariffs on allies.

Trump invoked such a provision to justify duties on steel and aluminum imports that began last year. The law was invoked again to investigate the national security risk posed by imports of automobiles.

Canada, Mexico, South Korea and Japan were able to escape steel and aluminum duties after negotiating trade deals with the U.S., but EU auto imports have remained in the administrations cross hairs.

Section 232 gives the president a 180-day time limit to negotiate agreements to address any national security concerns, if he decides to punt on imposing tariffs, “but it doesnt require an announcement,” said Gary Hufbauer, a senior fellow with the Peterson Institute for International Economics.