Trump issued the warning on Tuesday while in London for a NATO leaders summit, and ahead of a bilateral meeting with German Chancellor Angela Merkel scheduled for early Wednesday afternoon.

He said he expected Germany to ramp up its military spending. “They have to,” Trump said. “Otherwise, if they dont want to, Ill have to do something with respect to trade.”

It was a connection of two of Trumps major gripes against Berlin and Brussels — that European military allies dont spend enough on defense, and that the U.S. is unfairly disadvantaged in its trade relations with the EU. But tying the two together was a strange move even for the unpredictable U.S. president, who still doesnt seem to quite grasp — or pretends not to — that allies do not pay money into NATO, but that contributions are measured by each countrys own national military spending.

Given the EU conducts trade policy collectively, it was also not clear how Trump might try to specifically target Germany for some sort of trade sanctions.

Trumps remarks came while speaking to reporters before a meeting with Canadian Prime Minister Justin Trudeau. Trump noted that Canada was not yet meeting the NATO target of annual military spending of 2 percent of GDP, but Trump said he was willing to give it time. Canada spends approximately 1.3 percent of its GDP on defense.

“Why is it they owe us for this year, but every time a new year comes up, they dont have to pay?” — Donald Trump, U.S. president

“Theyll be OK; I have confidence; just slightly delinquent,” Trump said. “Some are major delinquent. Some are, some way below 1 percent and thats unacceptable. And then, if something happens, were supposed to protect them, and its not really fair. And it never has been fair.”

Trump then turned his fire on Germany, the wealthiest NATO ally after the United States, though Berlins annual military spending, according to NATO figures, is projected to be 1.38 percent of GDP and it has been comfortably above 1 percent since at least 2014. Germany has pledged to meet the 2-percent goal (which is a voluntary, not mandatory target) by 2031.

They owe us money

Responding to a question, Trump declined to commit to defending allies that dont meet the NATO spending target, though in his overall remarks he seemed to accept that obligation.

In his reply, he repeated a claim he has made previously that allies who have not met the 2-percent target collectively “owe” trillions to the U.S. and other allies who have met the goal. 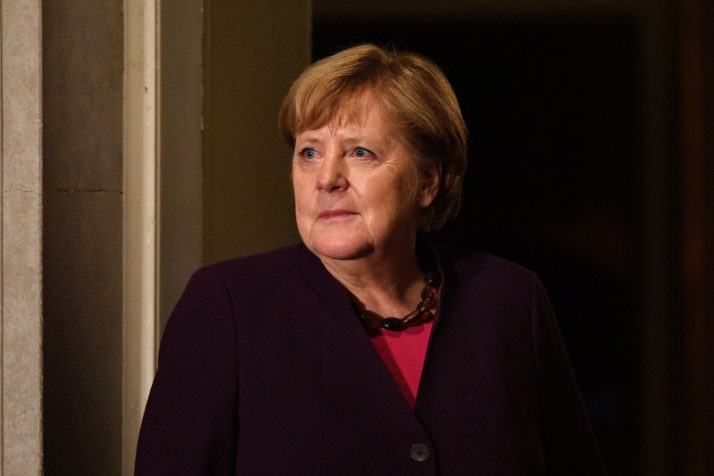 He continued: “Why is it they owe us for this year, but every time a new year comes up, they dont have to pay? Its wrong. Its not right. I could say that you go back 25 years.”

Turning to Trudeau, he said: “I wont do that with Canada, of course.”

Trump then went on to describe the 2-percent target as “very low,” saying that it “should be 4 percent,” before refocusing on Germany.

“If Germany as an example is paying 1 percent, and they are supposed to be paying 2 percent, you arRead More – Source