U.S. President Donald Trump is poised to hit Europe with tariffs on up to $7.5 billion of EU exports per year, setting the stage for an escalation of the transatlantic trade fight.

The World Trade Organization on Wednesday published a ruling giving the U.S. the green light to impose the punitive tariffs on the EU over excessive subsidies for aerospace giant Airbus — as previously reported by POLITICO.

“The United States may … take countermeasures with respect to the European Union and certain member States … at a level not exceeding, in total, USD 7,496.623 million annually,” the conclusions of the ruling state.

The decision marks the highest penalty ever granted by a WTO arbitrator.

A verdict on a parallel case by the EU against U.S. subsidies for Airbus arch-rival Boeing is expected in about eight months.

EU officials have rejected the idea of paying Washington compensation for any damages.

While Brussels stated preference is to negotiate a settled resolution covering both cases, the European Commission is considering options to retaliate quickly, should Washington act on the ruling, EU trade chief Cecilia Malmström said ahead of Wednesdays announcement.

Even if the EU wins the right to retaliate on a similar amount of American exports in the Boeing case, the U.S. still has an important time advantage.

Brussels is therefore looking at prior WTO cases where it has already won the right to impose tariffs on Washington so it can hit back faster.

“Our readiness to find a fair settlement remains unchanged. But if the U.S. decides to impose WTO authorised countermeasures, it will be pushing the EU into a situation where we will have no other option than do the same,” Malmström said in a statement acknowledging the WTO ruling on Wednesday.

Brussels “has consistently communicated to the United States that the European Union is ready to work with them on a fair and balanced solution for our respective aircraft industries,” she added. “So far the U.S. has not reacted.” 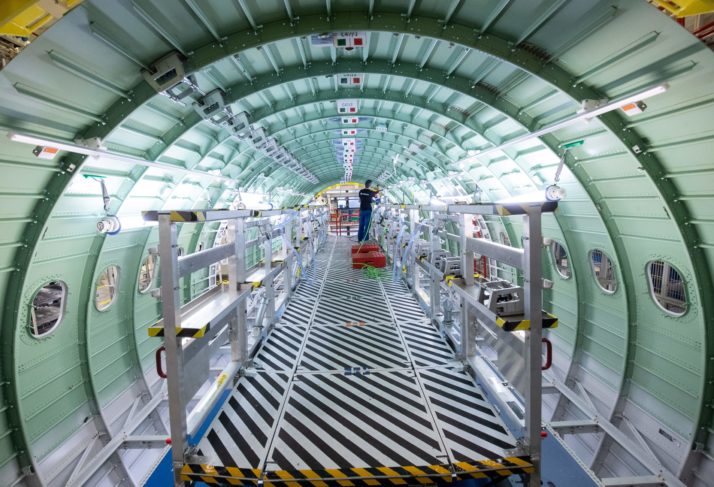 Airbus CEO Guillaume Faury said U.S. tariffs “would have a negative impact on not only the U.S. airlines but also U.S. jobs | Christian Charisius/AFP via Getty Images

The office of the U.S. Trade Representative did not reply to a request for comment. U.S. ambassador to the EU Gordon Sondland previously told POLITICO that the U.S. was not only seeking an end to EU subsidies but also “recovery of those damages” already created. “If negotiations between the U.S. and EU dont elicit a change in this behavior … then the United States will suspend concessions and resort to tariffs. The president will ultimately make this decision, and he is prepared to act quickly if necessary.”

EU officials have rejected the idea of paying Washington compensation for any damages, arguing Boeing has benefited from similar subsidies.

“Both the EU and the U.S. have been found at fault by the WTO dispute settlement system for continuing to provide certain unlawful subsidies to their aircraft manufacturers,” said Malmström.

Reacting to Wednesdays announcement, Airbus CEO Guillaume Faury said U.S. tariffs “would have a negative impact on not only the U.S. airlines but also U.S. jobs, suppliers, and air travelers.”

A spokesperson for Boeing said “Europe is facing tariffs today because Airbus has refused for years to comply with WTO rulings,” but added that Airbus could avoid those tariffs “by coming into full compliance with its obligations. We hope it will finally do that.”

The U.K. government said it was “confident that it has fully complied with WTO rulings in the Airbus dispute” and should therefore not be subjected to tariffs. However, it stopped short of threatening U.K. retaliation, referring instead to Brussels.

“The EU will in some months equally be granted rights to impose countermeasures,” the British government said in a statement.

Senior members of the European Parliament on Wednesday sent a letter to the U.S. Congress,