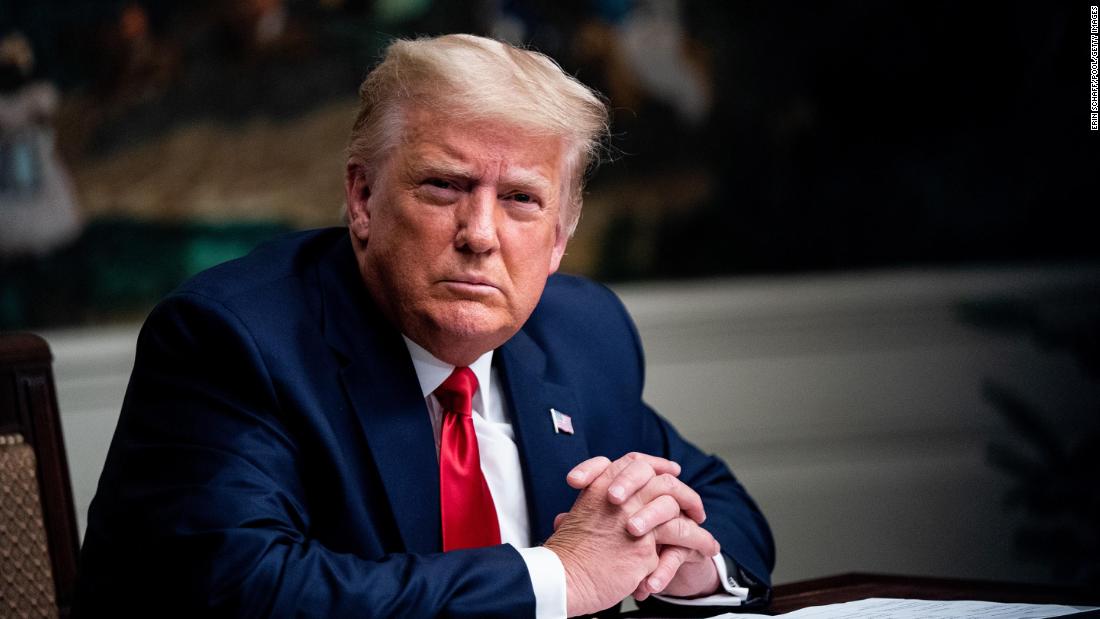 The outgoing US President Donald Trump pressured the Secretary-General of Georgia State Brad Raffensperger to “find” votes to turn the election results in his favor, according to a leaked tapped call.

On Sunday, the Washington Post published parts of a tap of four and a half minutes. The fragments were quickly circulated by social media activists.

Activists denounced the content of the conversation between the two Republican officials, which demonstrated Trump’s attempt to pressure the state official to take a stance in favor of allegations of election fraud.

Raffensperger refused to respond to Trump’s claims, indifferent to the president’s warnings of consequences.

Meanwhile, Trump rebuked Raffensperger, stating that the state’s residents and people across the country are angry.

In the tap, Trump said, “There’s nothing wrong with saying, you know, that you’ve recalculated.”

“Mr. President, the challenge that you have is the data you have is wrong,” Raffensperger says.

In the call, which included the two Trump confidants, White House chief of staff Mark Meadows, and prominent conservative Republican lawyer Cletta Mitchell, Trump said, that it is not possible that he lost Georgia.

Mitchell, who was previously unknown of her efforts in the legal battle led by Trump, insisted that Raffensperger’s office “has made many statements over the past two months that are simply not correct”.

She said, “everyone involved with the efforts on behalf of the President’s election challenge has said the same thing”.

“Show us your records on which you rely to make these statements that our numbers are wrong.”

Trump issued a threat the Washington Post described as “mysterious” directed at Georgia State Secretary and advisor Ryan Germani. Trump said if they did not conclude that thousands of ballot papers in Fulton County were destroyed illegally to obstruct investigators, they would be held accountable criminally.

Trump warned that the risk of inaction would backfire on Raffensperger, his counsel and his lawyer.

Trump stresses that he won the elections and that his rivals do not have the right to take them away from him, calling on state officials to reconsider the result, provided that this is done by investigators “who want to find answers.”

In some part of the call, the American newspaper did not include him in the leaked audio, Trump claimed he had won Georgia with at least half a million votes.

Trump has renewed claims that there were votes of dead people and that a staffer at election centers in Atlanta examined 18,000 forged ballot papers which were found in Biden’s favor.

Trump wrote on Twitter on Sunday that he had discussed with Raffensperger, “electoral fraud in Georgia,” adding that the latter perhaps wasn’t willing or able to comment on the fraud.

Raffensperger soon responded denying what is said in Trump’s tweet and vowing to show the truth. A few hours later, the Washington Post landed a bombshell when revealed the leaked taps of the call revealing the conversation that took place between the two.

While the phone call reflected the split between the US president and some of his fellow Republicans in Congress and a group of states including Georgia, it also showed Trump’s determination to continue contesting the results of the ballot boxes, and not to recognize Biden’s victory.

Trump’s chances of changing the results of the swing states in his favor do not seem high, after losing legal battles in a number of states, including Pennsylvania, Michigan, and Wisconsin.