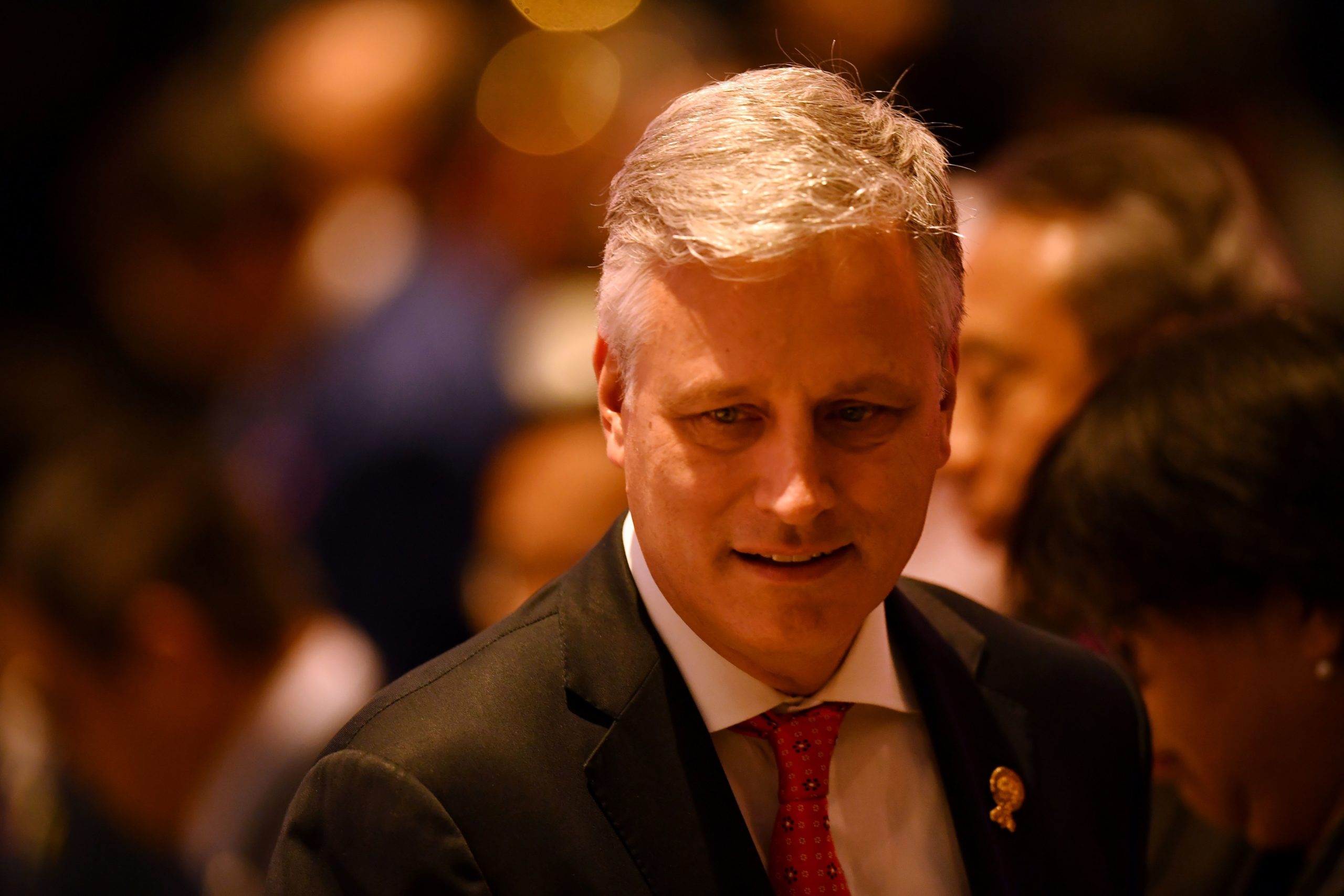 Robert OBrien, U.S. President Donald Trumps national security adviser, is traveling to Paris on Monday for a three-day trip to meet with European officials on China and other foreign policy issues, according to an administration official.

OBrien and Matthew Pottinger, the deputy national security adviser, are visiting France for a meeting with OBriens counterparts from the United Kingdom, France, Germany and Italy.

The U.S. side of the discussion on China will be presented by Pottinger, a former China reporter for The Wall Street Journal. It will focus on the Wests competition with China across a variety of areas including 5G and supply chains, along with other multilateral issues, such as the U.S. posture in Germany and Afghanistan. The U.S. has been pressuring Europe to resist using Chinese telecom giant Huawei as European countries build out 5G networks.

Trump said last month that he plans to withdraw more than 9,000 troops from Germany, where the U.S. has roughly 35,000 troops and their families stationed. Senators of both parties have decried lessening the American presence in Europe, as an aggressive Russia has long complained about the number of U.S. troops on the continent.

OBrien is bringing some journalists on the trip, along with Ryan Tully, the new National Security Council senior director for European and Russian affairs who will be on his first official day on the job. OBrien is set to arrive in France on Monday morning and take part in bilateral meetings later that day. Then OBrien and Pottinger will meet in a group with the European officials on Tuesday and Wednesday in a French government building that has been at least weeks in the planning. OBrien is also separately meeting several other French government officials during the trip.