Economists like to argue that everyone is a loser in a trade war, but U.S. President Donald Trump is chalking up some early victories.

Deploying the same bullying tactics he used to squeeze rivals in the real estate business, Trump has used the threat of steel and aluminum tariffs to exact a string of big concessions.

After letting allies beg for two weeks to be spared from the new duties, the president announced last week that he would grant temporary reprieves to those countries that would agree, by May 1, to help America combat its yawning trade deficit.

While French President Emmanuel Macron insists that the EU will not be forced into helping out America at gunpoint, many countries seem to be lining up to give Trump what he wants. In sectors ranging from steel to cars, countries and big business groups from Germany to South Korea are flinching in the face of Trumps hardball onslaught.

“It doesnt matter to Trump whether this will hit back at the U.S. economy in the longer term,” said Hosuk Lee-Makiyama, director of the European Centre for International Political Economy (ECIPE). “Its a political initiative, not an economic measure. Just by keeping the initiative, you are forcing the others to engage.”

Trump will not, however, be satisfied with just slashing back U.S. deficits in Asia. His eyes are also focused on the EUs €115 billion trade surplus with the U.S.

Despite protestations that the EU wont be strong-armed into doing Trumps bidding, Brussels has given indications that it is ready to work with his game plan, particularly in cracking down on Chinas overproduction of highly subsidized steel. After years of treading ultra cautiously with Beijing, Brussels suggested this week that it would consider stronger action in line with the Trump administrations wish list.

On Monday, Brussels launched a safeguard investigation into how it could combat surges of steel imports. Ostensibly, this measure is supposed to help protect the EU from inflows of Japanese, Chinese, Turkish and Russian steel that would be diverted away from the U.S. because of Trumps tariffs.

But Brussels went way further than it needed to in its approach to China. The European Commission said that it would also study overall import surges of products such as steel pipes and wires reaching back to 2013. Europes imports of these more valuable “finished and semi-finished” products soared by 65 percent between 2013 and 2016. This would give the EU ample opportunity to go after China, which is one of Europes biggest steel suppliers, along with Turkey.

Europes anti-China safeguard measures would also not necessarily have to immediately target Chinese products. America is keen to initiate a broader domino effect that will force China to choke on its own overproduction. Even an EU measure against South Korea, for example, would ultimately ripple through to China. Blocking Korean steel exports would pressure the countrys industry to use domestic steel instead of Chinese imports. 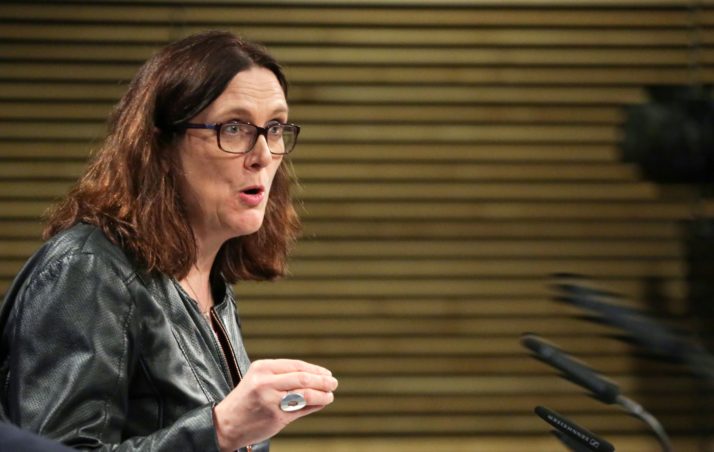 Indeed, South Korea offers an immediate sign of why Trump thinks he can rack up quick wins.

Faced with the prospect of steel tariffs, Seoul announced Sunday that it had reached an agreement “in principle” with Washington. On the one hand, the deal introduced a tariff-free quota for Korean steel shipments to the U.S., although this quota would be set at a level of only 70 percent of recent annual exports.

In return, the deal would seem to be a godsend to the beleaguered U.S. car industry. South Korea accepted that it would double the yearly amount of auto imports from each U.S. company, from 25,000 to 50,000, and would accept American safety standards on those vehicles. As if that were not enough, Seoul also allowed Washington to keep its defensive 25 percent tariff on light trucks until 2041.

Trump will not, however, be satisfied with just slashing back U.S. deficits in Asia. His eyes are also focused on the EUs €115 billion trade surplus with the U.S.

That means going after European cars too. Much to the horror of the Germans.

The president is frank about his intentions. “Let me tell you, all these countries now are calling up: We dont want the tariffs, what do we have to do?” he told supporters in Pennsylvania earlier this month. “I said good, open up your barriers and get rid of your tariffs, and if you dont do that, were gonna tax Mercedes Benz, were gonna tax BMW.”

One of Trumps chief bugbears is that the EU imposes 10 percent tariffs on cars, while the equivalent duties in the U.S. stand at 2.5 percent.

This debate over cars has already exposed cracks in the proclaimed unity of the EU: While France wants to hold a robust line against Trump, Germanys all powerful motor industry is terrified of a trade war and is in a mood to strike bargain. Italy has also intervened and stressed the need for a dialogue to avoid a trade war with the U.S.

Berlins Economy Minister Peter Altmaier said on Friday that the temporary suspension of the steel and aluminum tariffs “opens a window for talks.” Bernhard Mattes, president of the German automotive lobby VDA, was even more openly in favor of a Trump deal with some kind of bilateral disarmament: “Its in the sense of fair and free trade to mutually reduce trade barriers and agree on a new general framework” for transatlantic trade, he said. 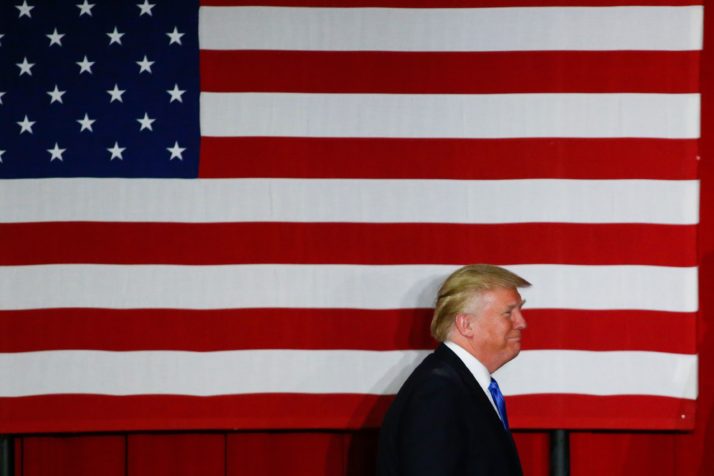 Earlier this month, she also expressed her conviction that Trumps tariffs will come back soon enough to bite him — just as the U.S. steel tariffs did back in 2002, when the resulting trade disruptions cost thousands of American jobs. The implication is clear: In the long term, Trump will lose.

“I hope that someone in the White House has read the history book,” Malmström said.