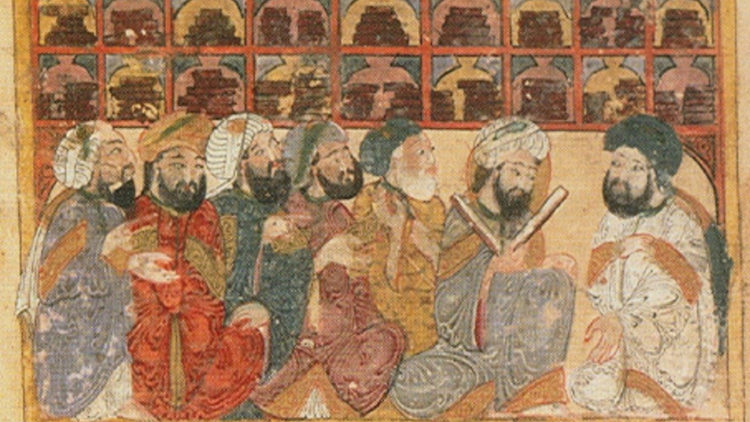 Arabic translation also helped the spread of Islam across nations. For example, Prophet Muhammad employing translators to assist with his communications with foreign dignitaries. Arab theologians have developed theories of translation best practice. Today, Arabic is spoken by around 422 million people around the world. Therefore, Arabic translation services is in high demand in the modern world.

The Golden eras of Arabic translation

During the Ummayyad era (661-750 AD) many Greek and Persian texts were translated into Arabic. Translated subjects included medicine, astrology, alchemy and literature.

During the Abbasid era (750-1258 AD) the Arabic translation movement really took off. Written works were imported and translated into Arabic. These were from different cultures and languages such as Chinese, Persian, Indian, Greek, and Spanish. It is also in this era that the Quran was first translated from Arabic into Persian.

The importance of scientific research and advancements were well recognised. This helped to drive the Arabic translation movement. Libraries of the era were filled with Arabic texts. Many of these had been translated from other languages.

One of the biggest supporters of the Arabic translation movement was Caliph Al-Mamun (813-833 AD). He actively sent translators both east and west to collect and translate books. He had a vision to centralise as much knowledge as possible. This led to the creation of the House of Wisdom in Baghdad.

Translators were highly regarded in this era; Al-Mamun paid his translators with gold. The amount of gold paid was the same weight as the books translated into Arabic.

The House of Wisdom was eventually burnt down by Mongols invasion of 1258 AD. Its contents were destroyed, burnt or thrown into the river Tigris.

The spread of Islam was facilitated by the use of Arabic translators. Muhammad wrote to numerous international leaders in a variety of languages with the assistance of hired translators.

Thousand and One Nights was translated into Arabic from middle Persian, having already been translated from Sanskrit.

Europe began to reaccess Arab knowledge in the 12th and 13th centuries onwards. Arabic language texts were translated into Latin and Spanish in Arab occupied Spain. This Arabic translation movement centred around the School of Translators in Toledo.  The school focussed on translating Arab scientific and philosophical texts. These were then distributed across Europe.  This translation movement marked the start of the European Renaissance. The founding principles of Europe’s first universities were based upon theories put forward in these translated texts.

Historically, the Arab world has been integral to the development of translation theory. Al -Jahiz, (776-868) a prolific writer, also translated large numbers of Greek and Hellenistic texts concerning science and philosophy. He wrote, “the translator must have a knowledge of the structure of the language, people’s habits and how they understand one another.”

These words hold true in modern translation. Localization and contextual translation are vital skills in a translators repertoire.

During the Ottoman era, some Arabic texts were translated into Turkish. The Ottoman Empire was in many ways a closed society. Therefore, translations of foreign texts in the Arab world declined during this time. It was not until the seventeenth and eighteenth centuries that Arabic translation of works began to be more common. Indeed, there were Arabic literary texts that were not translated into Turkish until the seventeenth century, despite Ottoman occupation of the area.

Arabic Translation began to have a renewed importance in the Arab world from 1805. During Mohamad Ali’s reign in Egypt, training as a translator was encouraged and funded. Numerous students were sent to Europe for translation education. A new School of Languages was set up in Egypt in 1835. Books on applied sciences, history and geography were translated into Arabic in this period.

During the nineteenth and twentieth centuries, many countries in the Arab world established translation programs and projects. Some of these served cultural and political agendas. Some served an educational purpose, to widen Arab readership of scientific theory. Arabic translation of the world’s popular literature was also important.

Translation and the Arab world in the age of the internet

The internet has also allowed shared access to more translation resources and dictionaries. This means that Arabic translation companies can translate more accurately and to a higher standard. In the past ten years Chinese and Arabic translation has become more important as the two regions trade more.