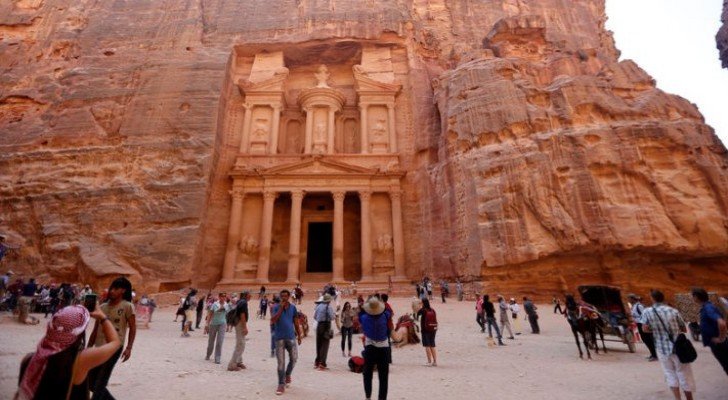 Tourism revenues has witnessed a decline of 20.7% to $915 million in in the first seven months of 2021 compared with the same period of 2020, the Central Bank of Jordan (CBJ) said on Tuesday.

However, the sector saw an improvement in July for the fourth consecutive month.

CBJ said the hike is due to the improvement in the epidemiological situation and because the number of vaccinated people in the Kingdom has increased.

The number of tourists increased to some 261,000 in July, where non-resident Jordanians comprised 43.5%, Arab tourists (excluding Gulf nationals) 26.4% and Gulf tourists comprised 18.6%, according to CBJ data.

In another context, tourism officials has said that Jordan tourism expected to boom by 2023.

The tourism sector in Jordan has gradually started to show signs of a positive trend after a near collapse due to the pandemic, tourism officials said.

The Ministry of Tourism and Antiquities and the Jordan Tourism Board (JTB) began opening up to domestic tourism, and then to Gulf and neighboring countries, in order to facilitate border movement, Dr. Abed Al-Razzaq Arabiyat, the managing director of the JTB told Arab News.

“We expect the return of international tourism during August, September and October after overcoming several obstacles,” Arabiyat added.

Jordan stood out for its low COVID-19 rates at the start of the pandemic but then saw an exponential rise in confirmed cases.

The country then recorded the highest number of coronavirus-related deaths per capita in the Middle East by November.

The government declared a state of emergency and imposed one of the strictest lockdowns in the world, hitting the tourism sector hard.

Jordan has since managed to flatten the epidemiological curve, has moved from a UK “red list” country to an “amber” one.

In February, the country significantly accelerated its inoculation campaign.