Thierry Breton is set to be luckier than Sylvie Goulard — but that doesnt mean hell get through his confirmation hearing on Thursday unscathed.

Breton, Frances pick for a broad European Commission internal market portfolio spanning industry, digital, defense and space, will be grilled by lawmakers from the internal market and industry committees in the European Parliament. Those same committees torpedoed Goulards nomination last month over allegations that she used a European Parliament assistant for domestic political work, as well as concerns about her work for a U.S. think tank and about the size of her portfolio.

As French President Emmanuel Macrons pick and a former conservative Cabinet minister, Breton is sure to get support from the centrist Renew Europe group as well as the center-right European Peoples Party.

But the Socialists and Democrats (S&D) are divided, with some lawmakers set to give him a tough ride.

“There is a form of fatigue among some MEPs, who fear a further delay of the Commissions entry into office would lead to an institutional crisis. But the latest discussions have shown the need for further explanations on conflicts of interest,” said Sylvie Guillaume, a French S&D MEP who will participate in Bretons hearing.

“We would have liked proof that Thierry Breton sold his shares, and to whom” — MEP Tiemo Wölken, S&D coordinator for the legal affairs committee

The new Commission hopes to start work on December 1, but that requires Breton and two other nominees — Adina-Ioana Vălean for the transport portfolio and Olivér Várhelyi for enlargement — to get approval.

All three will be questioned on Thursday, and Bretons hearing is expected to be the trickiest.

In an indication of how narrow the path to confirmation might be, the French nominee on Tuesday cleared the first hurdle — approval of his financial declaration by the Parliaments legal affairs committee — by 12 votes to 11. The S&D, the Greens and the far-left GUE unsuccessfully requested that he answer additional questions.

Some feel frustrated that concerns over conflicts of interest have not been sufficiently addressed, given Bretons extensive background in the private sector, including as CEO of tech company Atos until last month. 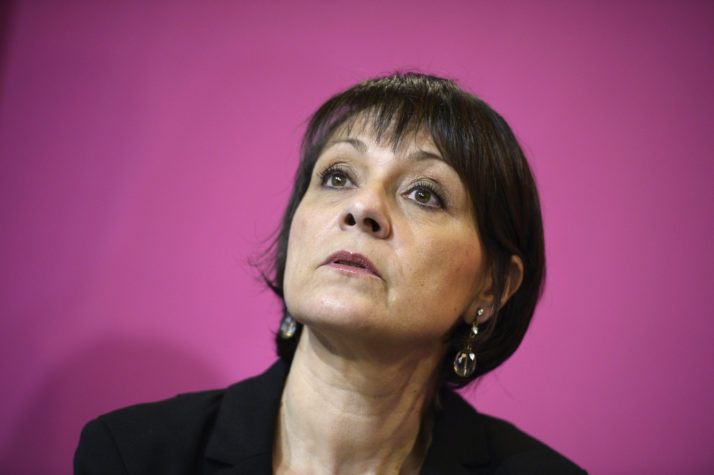 His fiercest critics saw Bretons written answers concerning potential conflicts of interests as not detailed enough and told POLITICO they are preparing tough questioning to evaluate his level of independence as a future commissioner.

“We really missed a chance Tuesday,” said Tiemo Wölken, a German MEP whos the S&D coordinator for the legal affairs committee. “We would have liked proof that Thierry Breton sold his shares, and to whom.”

In an effort to remove any suspicion of conflict of interest, Breton announced earlier this week that he had sold all his shares in Atos and he pledged to stay away from financial or contractual decisions directly involving his former company in his financial declaration to the European Parliament.

Socialists on Wednesday touted concessions from incoming Commission President Ursula von der Leyen on some job titles for her team, including the controversial “European way of life” portfolio, as a victory.

But von der Leyens move was not enough to obtain an unconditional a priori backing from the S&D group. The French and German delegations want to push for more questioning on how Breton will deal with regulatory issues involving Atos, and also on what he plans to do on technology, industry and defense in the next five years.