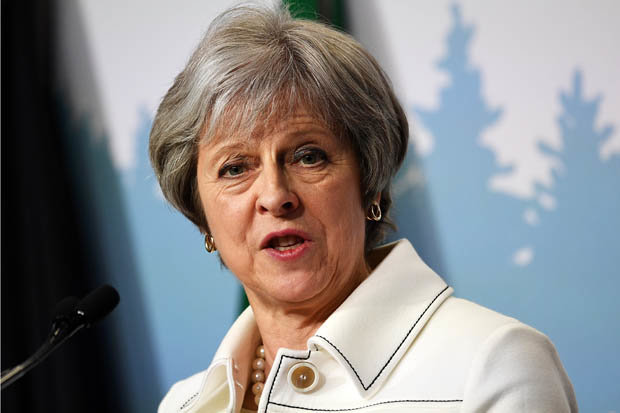 BOOST: Theresa May has pledged extra funding for the NHS

But her own MPs were quick to attack the claims yesterday. Tory Sarah Wollaston, chairman of the Commons health committee, tweeted: “Dont even begin to swallow any rubbish that this will be some Brexit bonanza.”

Economist Paul Johnson, the head of the Institute for Fiscal Studies, said the “divorce bill”, plus commitments to replace funding in key areas, would swallow up all of the returning EU contributions until 2022.

He warned: “There is no Brexit dividend.”

The Prime Minister had insisted cash to prop up the struggling health service could come from quitting the EU.

She told the BBCs Andrew Marr Show: “Well be able to use that money on our priorities and the NHS is our number one priority and we as a country will contribute a bit more.”

Mrs May said the money would also come from a mixture of new taxes and increased borrowing but she refused to say which taxes will go up.

Under pressure, Mrs May also failed to provide a date for Brexit when Britain will take back control of funds currently spent on EU membership. Meanwhile former Attorney General Dominic Grieve said Tory rebels could break the Government.

Rebel ringleader Mr Grieve made it clear pro-Europe Tories did not intend to back down in their clash with Mrs May over how much say the Commons gets over Brexit.

Asked if voting against the Government could bring it down, Mr Grieve told BBC Ones Sunday Politics: “We could collapse the Government.

“And I can assure you I wake up at 2am in a cold sweat thinking about the problems that we have put on our shoulders. The difficulty is that the Brexit process is inherently risky.”