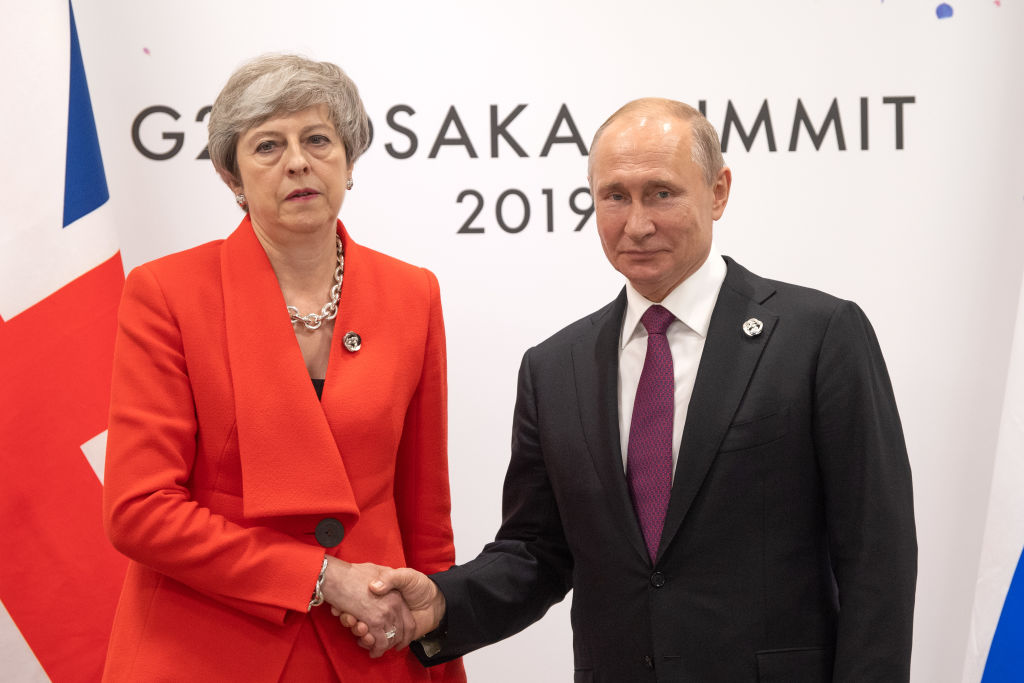 Theresa May has called for the suspects in the Salisbury Novichok attack to be “brought to justice” ahead of a meeting with Vladmir Putin at the G20 summit today.

Russia have denied any involvement.

May and Putin met for the first time since the incident in Osaka today, as world leaders gathered to discuss issues such as terrorism and climate change.

The pair shook hands for the cameras but there was little warmth between the two.

May told the BBC that Russia needed to stop its “destabilising activities” and that the poisoning was a “despicable and irresponsible act”.

“Russia does not allow the extradition of its nationals, but European arrest warrants are out for those two individuals and if they set foot outside Russia we will be making every effort that they are brought to justice,” she said.

Read more: US and China agree tentative trade truce ahead of G20 summit