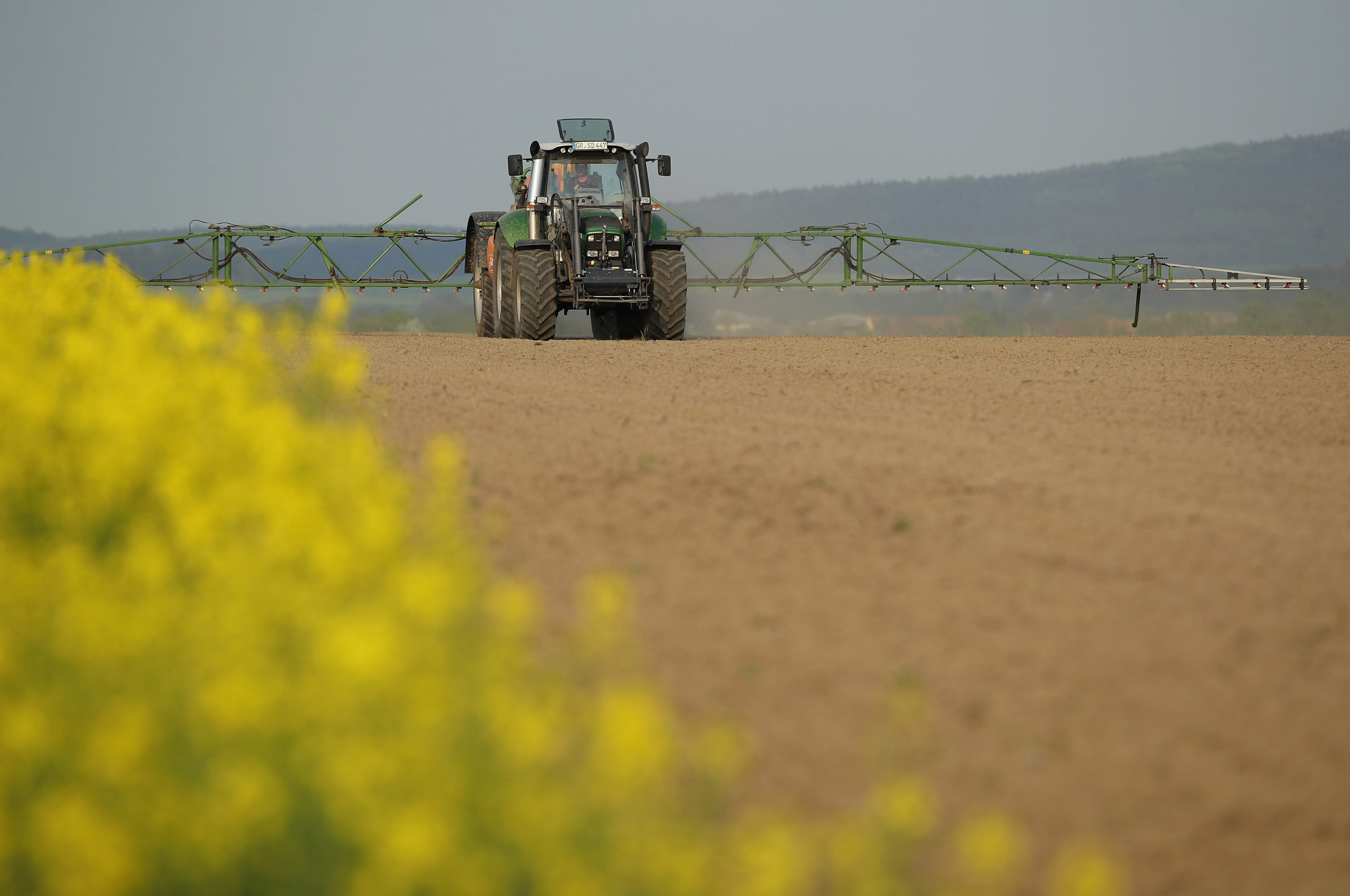 Pesticides have leapt to the top of Europes political agenda in the past few years but the EUs imminent plan to slash their usage under the Green Deal has a problem: shoddy data.

Public outrage over weedkillers such as glyphosate — and their effects on ecosystems and human health — has become so intense that even French President Emmanuel Macron and German Chancellor Angela Merkel had to make major interventions to announce the substance would be phased out.

On Wednesday, Brussels will unveil its landmark food and biodiversity strategies, and is expected to say that volumes of agricultural pesticides should be cut by 50 percent by 2030 — but experts say this is effectively unmeasurable given the weak data the Commission has collected on the quantities of chemicals being sprayed on Europes crops.

The tough targets will come as a relief to many Europeans who are clamoring for cordon sanitaires around their houses and are increasingly alarmed by studies finding residues in everything from peoples hair to their urine.

Theres a problem, however. There is a “shocking dearth” of data on what amounts are being used, according to one EU official, who added it will take years for the EU to build up a full dataset.

Martin Hojsík, a Slovak member of the European Parliament from the Renew Europe group, told POLITICO: “We will not be able to reach the zero-pollution, reverse loss of biodiversity and achieve sustainable food production if we dont fix the whole framework for pesticides and overcome this knowledge gap.”

Even though one EU law obliges farmers to keep three years of detailed records about the pesticides they use as individuals, the EUs data gap conundrum stems from another EU law that mandates each member country to send Brussels a dossier on the quantities its farmers are using — but only every five years, a much less frequent requirement than for other agricultural statistics.

The result in 2015 was a hodgepodge of incomparable information, that the Commissions data wing Eurostat was unable to publish.

“The wide variety in crops and reference periods chosen by countries seriously impaired the necessary aggregation of data before publication,” a spokesperson for Eurostat said.

A read-out of a meeting of national experts and EU civil servants last November states that “achieving a common reference period in the short term may not be possible.”

A stinging report by the European Court of Auditors (ECA) in February judged there had been “limited progress in measuring and reducing the risks” of pesticides in the last decade.

“Better statistics on [pesticide] use could help in interpreting monitoring results and these results would be more meaningful when assessing risks,” it says.

Henriette Christensen from environmental NGO Pesticide Action Network said: “We wonder about the feet-dragging policy in relation to collecting actual pesticide use data.” She added, “It is not possible that we keep on paying €60 billion to EU farmers every year without having any accountability for their pesticide use.”

Instead of relying on usage data, which a second EU official acknowledged would be better “in an ideal world,” the Commission plans to measure the progress of its Green Deal pesticide goals by relying on data about the volumes of pesticides sold in each country.

That data shows the volume of pesticides sold increased by about 23 percent between 2011 and 2018, reaching roughly 707,000 tons. But that does not reveal on its own whether the damage caused by those pesticides has gone up or down.

Strict confidentiality rules also hamper the usefulness of sales statistics. The ECA report highlighted the “restrictive” nature of the EUs current system which forbids Eurostat from publishing detailed sales statistics about individual chemicals, and instead forces the agency to group them into predefined classifications.

A 2017 report by the Commission itself described the data as “too aggregated to effectively inform environmental assessment.”

The Commission calculates the risks that pesticides pose to health and the environment by combining this data on pesticides sold across the bloc with a “weighting factor” it assigns to each substance, in one of two so-called harmonized risk indicators.

“Our opinion is that both indicators that the Commission proposed in 2018 and in 2019 are not appropriate indicators for measuring risks from pesticides” — Samo Jereb, lead rapporteur for the European Court of Auditors

Brussels used these indicators to announce that pesticide risks had dropped by 20 percent between 2011 and 2017.

But this claim was vigorously contested not only by the NGO Pesticide Action Network but also by the European Court of Auditors, whose lead rapporteur Samo Jereb told journalists at a briefing he was “not sure if those weighting factors can be scientifically defended.”

Jereb added, “Our opinion is that both indicators that the Commission proposed in 2018 and in 2019 are not appropriate indicators for measuring risks from pesticides.”

Some EU countries even raised “concerns” about the weighting factors given to different classes of pesticides, his report shows.

Jereb recommended that the Commission should develop better risk indicators that take into account factors such as the volume of chemicals used, the way they are used, or the kind of landscapes they are used on.

In an annexed reply, the Commission only “partially” accepted the suggestion, saying it will do so, but that “it considers that achieving the timeline proposed [by 2023] will require member state agreement to provide the relevant data.”