The U.K.’s ambition to chart its own course as a trade champion outside the EU is facing a brutal reality check: Not enough of its exports are actually “Made in Britain.”

After Brexit, Britain’s big hope has been that it can simply “roll over” the EU’s trade agreements with countries around the world like South Korea, Japan and Vietnam. That would mean that the text of the Brussels-Ottawa agreement, for example, would simply be copy and pasted as the new Britain-Canada deal.

There is a problem, however. These deals set tough requirements on where goods are produced to qualify for low tariffs. These “rules of origin” are meant to stop Vietnam, for example, simply re-exporting cheap Chinese goods into the EU. The rules lock in how much of the value of the product must be created locally, adding up all the components, raw materials and know-how.

Cars are a classic example of where Britain is in trouble. British vehicles contain only approximately 44 percent U.K. content, the Society of Motor Manufacturers and Traders has said, while the average rules-of-origin level in EU trade deals is 55 percent for cars.

“If there is no profitability of continuing operations in the U.K. — not Japanese only — no private company can continue operations” — Koji Tsuruoka, Japanese ambassador to the U.K.

That means U.K.-built cars would not qualify under rolled-over trade deals and would face high tariffs.

“We have a fundamental problem here,” said Peter Holmes, a member of the U.K. Trade Policy Observatory. “The government is just slowly beginning to understand that we can’t just roll over these trade deals,” he added, shortly after having briefed the Department of International Trade on the issue.

As a stop-gap measure, the U.K. government is warming to the idea of staying in EU trade accords during a transition period — which could continue until 2021 or longer. One of the reasons for this change of heart is the challenge posed by rules of origin.

A spokesperson for Britain’s trade department said it was “in discussions with our trading partners about transitioning those trade agreements … to ensure that businesses continue to operate, as much as possible, through their established value and supply chains.”

Revealingly, EU trade partners like Canada and Japan are signaling a willingness to roll over the terms of their deals with the U.K. post Brexit. This is hardly out of the goodness of their hearts. They realize that they would be able to export tariff-free to the U.K. under those terms, while Britain would fall foul of rules of origin requirements.

“It’s not surprising when third countries tell the U.K. that they are happy to copy and paste EU trade deals,” said a European diplomat close to the Brexit talks. “It’s very smart for them because they keep their market access … [while] U.K. companies would struggle to fulfill rules of origin requirements for their exports.”

This is a problem for the closely interconnected supply chains that many British companies — from carmakers to the aerospace sector — have with other EU countries, which have so far benefited from frictionless trade inside the single market.

“We’re concerned at the possibility that companies which have a footprint in the EU and U.K. could find it more difficult to sell their products on world markets,” said Glenn Vaughan, chief executive of the British Chamber of Commerce in Brussels.

In consequence, British manufacturers could be forced to import fewer parts from abroad, even though the foreign components would often be cheaper and of higher quality.

This risks a knock-on effect on foreign investment if exporters from the U.K. hit a wall because of rules of origin. For Japanese investors, this is a particular concern, as large manufacturers such as Honda and Nissan use the U.K. as their main European production center. 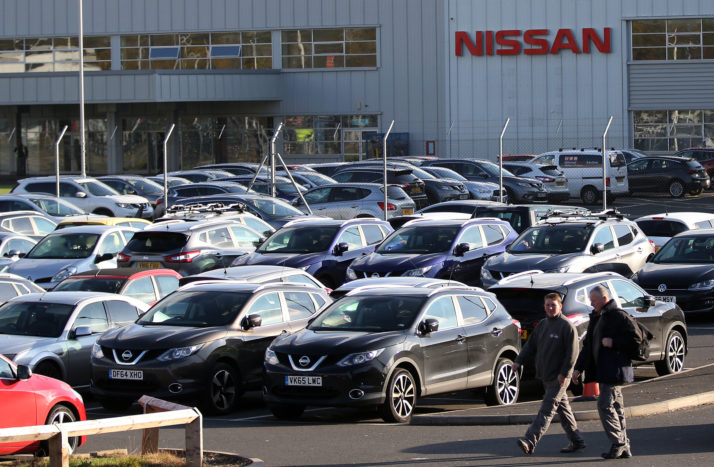 “If there is no profitability of continuing operations in the U.K. — not Japanese only — no private company can continue operations,” Koji Tsuruoka, the Japanese ambassador to the U.K., said in a strong warning last Thursday. “It is as simple as that.”

Against this backdrop, Britain’s best hope is that it can agree with its trade partners (and Brussels) a system called “cumulated rules of origins,” said Samuel Lowe, a trade expert at the Center for European Reform.

Under this model, European content would also qualify as originating from Britain — and vice-versa. Put simply, the German components in a British car would still count.

However, this kind of mutual recognition scheme needs three parties to agree. If the EU and U.K. agree on cumulation, any third party seeking a trade deal with Brussels would need to agree to those provisions separately in any deal.

“There’s not much incentive for the EU to help Britain here” — Samuel Lowe, trade expert at the Center for European Reform

So far, very few trade deals provide for an effective cumulation of rules of origin: The EU-Japan deal is one of the few examples — but it has major limitations. Cars, for example, which are made out of many different components, can’t benefit from the cumulation, an EU official explained.

Other trade partners like the Mercosur bloc, which is already trying to enforce tough rules of origin toward the EU to stop European carmakers from steamrollering the South American market, have little interest in accepting such a cumulation in key industrial sectors.

This means Britain faces an uphill battle in bringing around third countries. “To allow cumulated rules of origins with, for example, South Korea, not only Britain but also the EU would need to negotiate with Seoul,” said Lowe. Every renegotiation comes with a cost, such as counter-demands from the other side, he warned. To reopen the EU’s numerous trade deals would be lengthy and costly.

“There’s not much incentive for the EU to help Britain here,” Lowe said.