In the 1960s, the slogan of German carmaker BMW was Freude am Fahren, or the joy of driving.

But new EU rules approved this week will make the experience of future drivers very different from the petrol-fueled adrenaline rush of decades ago. There are three main forces that will radically change the car of the future — the push to decarbonize driven by growing worries about climate change, efforts to end traffic deaths, and new technology.

One new law, approved Monday, updates carbon dioxide reduction targets for cars and vans up to 2030. Thats going to accelerate carmakers efforts to produce more battery-powered vehicles, which will likely be more expensive than those that run on internal combustion engines.

A second passed the European Parliament on Tuesday with a thumping majority; it mandates a series of life-saving new technologies in vehicles. While the measure is aimed at slashing road deaths, it could upend the business model of performance automakers like BMW.

“This law is paving the way to save thousands of lives in the coming years” — Róża Thun, Polish MEP

“The emission limits are too stringent, and of course a lot of the safety features that we support further limit the excitement for the sake of reducing casualties and fatal accidents,” said one German auto manager.

On Wednesday, MEPs voted on new technical standards for connected car communications. Their decision not to object to European Commission plans to proceed with Wi-Fi-based protocols brings self-driving systems a step closer to the real world.

The spate of lawmaking at the end of the current mandate is part of the EUs efforts to clean up the transport sector, which accounts for a quarter of Europes greenhouse gas emissions, and ramp up action to cut the thousands of avoidable deaths on Europes roads each year.

Preliminary figures from the Commission out this month say there were 25,100 road deaths across the bloc in 2018. While that figure is down a fifth on 2010, it was just 1 percent lower than the number of fatalities in 2017. The Commissions original aim was to halve the 2010 figure by 2020, and it admits “we are off track to reach our target.”

Over 90 percent of road accidents are due to human error — which is why policymakers and lobby groups want cars to carry more technology. That ranges from intelligent speed assistance, which monitors maps and road signs to inform drivers if theyre breaking the speed limit, to emergency braking and lane-keeping systems, as well as ways of detecting drunk or drowsy drivers. The systems will be mandatory from 2022. 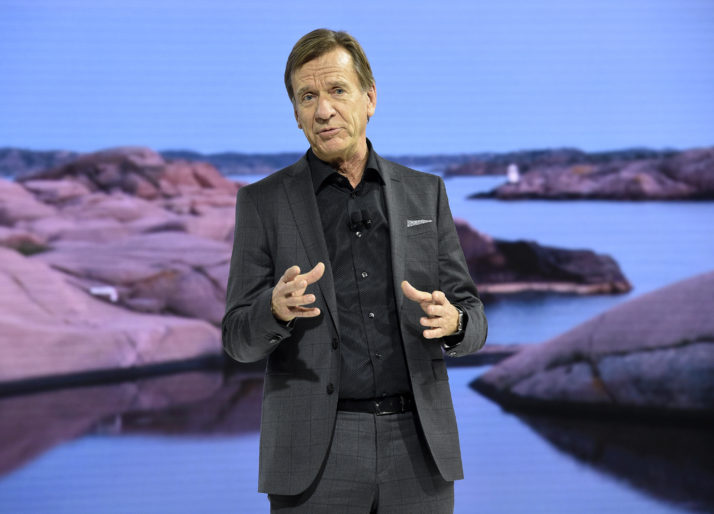 “This law is paving the way to save thousands of lives in the coming years,” said Róża Thun, a Polish MEP from the European Peoples Party who steered the legislation through Parliament.

Thats forcing carmakers to revamp their sales pitches from speed to safety.

Its a close fit with Volvos traditional reputation as a maker of safe vehicles, and the Swedish carmaker is jumping ahead of the EU by promising that by 2020 its cars will cause zero casualties, and will have a speed limit of 180 kilometers per hour built into new models.

“We want to start a conversation about whether carmakers have the right or maybe even an obligation to install technology in cars that changes their drivers behavior, to tackle things like speeding, intoxication or distraction,” CEO Håkan Samuelsson said in March.