This story is part of an ongoing series on U.S.-China relations, jointly produced by the South China Morning Post and POLITICO, with reporting from Asia and the United States.

The world will not end on December 10, yet for many who have spent their careers within the global trading oversight system, the date has apocalyptic consequences.

That is when the World Trade Organizations highest dispute-resolution body will cease to function after the administration of President Donald Trump blocked reappointments to the panel. Without a working appeals system, international trade disputes may never see resolution and could quickly evolve into tit-for-tat tariff wars that spiral out of control.

The United States does not appear to be eager to avert a crisis until other countries admit that the WTO — part negotiating forum and part trade policeman — has failed in multiple ways.

“I dont think up to this point the administration has been satisfied by the type of answers it has been getting from other members,” said Stephen Vaughn, who stepped down last spring as general counsel to U.S. Trade Representative Robert Lighthizer.

The gap between American and European perspectives widened further last year when Brussels sided with India and China.

The looming crisis exposes deeper cracks at the WTO. The consensus-based organization, which includes 164 countries with wildly divergent stages of economic development, has largely failed to work out new rules for freer trade since it was formed in 1995. Negotiations launched in Doha in 2001 were finally declared dead by the U.S. in 2015 after yielding few results.

The United States could use its agenda to neuter the Geneva-based WTO even further, after Bloomberg reported earlier this month that it had floated the possibility of blocking the organizations biennial budget approval. Without money, the global body would effectively shut down next year.

“This is the depressing bit: The Titanic has hit the iceberg. Its not sinking in 13 minutes, but it is sinking and how do we fix it?” said Deborah Elms, executive director of the Asian Trade Center. “Everyone is setting up the deck chairs and the band has never sounded better. But in the meantime, the boat is going down and how do you solve this problem when people do not even want to admit the boat hit the iceberg?”

How did we get here?

The U.S. has a long list of complaints with the WTOs Appellate Body, the last stop in what some view as an overly deliberative and needlessly long dispute-settlement process. The bodys annual report for 2018 showed that the average trade spat spent 859 days at panel stage, then 395 days on appeal — meaning 1,267 days, or three and a half years, in total — a lifetime in the information age.

The top panel typically has seven people but needs a minimum of three judges to hear cases and issue rulings. The tenure of two of the three current members will expire on December 10, leaving only one judge remaining: the Chinese professor Hong Zhao.

Even if the U.S. manages to ram through its fixes to the dispute system, American officials have a litany of other changes they want to see at the WTO.

Among the biggest objections of the U.S. are how panel members have come up with their own rules in the absence of clear guidance from the numerous agreements reached when the WTO was founded in 1995.

“I think its been clear for a long time that the Appellate Body has taken it upon itself to do gap-filling and to do rulemaking in areas where the members havent spoken,” Vaughn said. “The United States has been very concerned for a very, very long time and other members, including the European Union, have been less concerned and that is something I think that the administration really is saying has to be taken more seriously.”

Indeed, U.S. grievances with the Appellate Body did not start with Trump. In 2016, the administration of President Barack Obama blocked Seung Wha Chang of South Korea from serving a second term. He was accused of exceeding the scope of his legal mandate in a number of rulings.

The Obama administration also prevented the reappointment of Jennifer Hillman, an American and former U.S. trade official, out of concern she was not being aggressive enough in issuing dissents in rulings that attacked American trade laws.

“The U.S. has consciously forced a crisis within the WTO around the Appellate Body because we believed that it had strayed over the years from its mandate and that the crisis was necessary to try to get a role change,” said Robert Holleyman, deputy U.S. trade representative under the Obama administration. 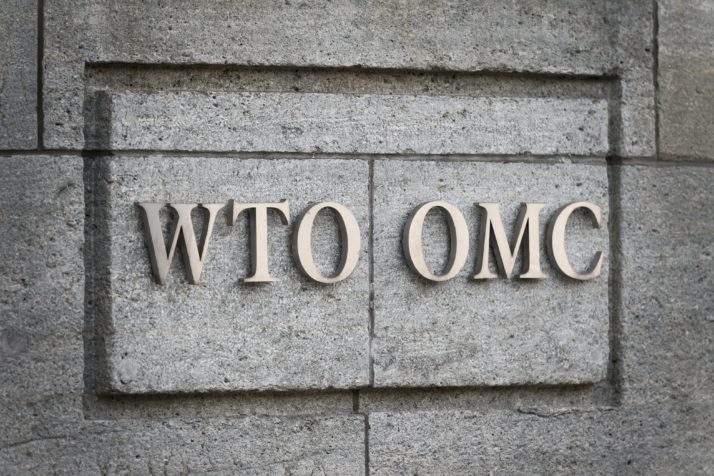 The U.S. sees the Appellate Bodys role as one which strictly enforces a “contract” agreed to by WTO members. The European Union and many other countries, however, view the body as more of a court that is able to create new laws for the organization, WTO Deputy Director General Alan Wolff said recently.

Lighthizer made that same point in a rare public speech in 2017 when he said the EU views the WTO and its dispute-settlement rules as “sort of evolving kinds of governance.”

“Theres a very different idea between these two things,” Lighthizer said. “And I think sorting that out is what we have to do.”

The gap between American and European perspectives widened further last year when Brussels sided with India and China on a proposal that Washington said would make the Appellate Body even less accountable to WTO member nations. A person close to Lighthizer said the trade chief was particularly incensed after the EU doubled down on that position viewed as completely opposite to that of the U.S.

While China and India will inevitably oppose U.S. complaints, support from the largest trading bloc in the world is seen as a requirement for long-term changes, said the person.

The Trump administration, labor unions and other constituents regard Chinas membership in the WTO as the death knell for U.S. manufacturing.

Trumps envoy to the WTO, Dennis Shea, said during a high-level meeting in October that “it is difficult to see how we can find solutions to a problem we do not agree exists.”

Even staunch defenders of the system say the EU and others need to recognize the problem.

“Youre going to need to hear from the European Union and others that have been viewed as skeptical — that they agree with the fundamental principles that the United States is espousing, that the Appellate Body has gone off track,” said Hillman, whose one term on the Appellate Body lasted from 2007 to 2011.

Supporters of Trumps tactics say the negative consequences of the Appellate Body shuttering have been overly exaggerated. Even if nations cannot appeal, trade complaints can still be raised and potentially resolved formally or informally at lower levels.

Unease with the prospect of not having a final authority on disputes has prompted Canada and the EU to begin work on a “shadow Appellate Body” that would mimic much of the WTO version. Judges would be made up of former Appellate Body members.

“The U.S. is taking an irresponsible attitude in letting the organization become ineffective” — Long Yongtu, Chinas chief negotiator during bilateral talks Beijing accession to the WTO

But even if the U.S. manages to ram through its fixes to the dispute system, American officials have a litany of other changes they want to see at the WTO. They include making it harder for countries like China to self-proclaim “developing” status, which affords them certain preferential treatment on trade. The U.S. also wants more transparency from all nations, especially from China, on subsidies given to domestic businesses that export.

A weakened World Trade Organization could bring back an era that allowed economically strong countries to steamroll other nations. Before the WTO established a rigid dispute process, trade was governed by the General Agreement on Tariffs and Trade, which resolved trade disputes through diplomatic muscle rather than a deliberative, legal manner.

That may not necessarily be seen as a bad thing for Trump and his cadre of trade officials, who have long viewed the WTO as a suspect institution aimed at undermining U.S. economic sovereignty.

“At that stage, the whole thing gets out of hand,” said Stuart Harbinson, Hong Kongs former representative at the WTO, now an international trade consultant at Hume Brophy. “I think that will be the doomsday scenario.”

Lighthizers discontent with the WTOs appeals process only grew worse after China joined the global trade group in 2001.

That is a common refrain among Chinas WTO watchers. China is open to reform, they say, but the U.S. is intransigent in its behavior.

“The WTO dispute settlement system is simply not designed to deal with a legal and political system so at odds with the basic premises on which the WTO was founded,” Lighthizer said of China in a 2010 testimony to the U.S.-China Economic and Security Review Commission.

The former trade lawyer had spent most of his career defending the interests of U.S. steel companies by filing for protective duties to protect against unfair pricing and subsidies made possibleRead More – Source