GÄVLE, Sweden — Swedens beleaguered leader Stefan Löfven, who took four months to form a government and seven to get a budget passed by parliament, now has a new headache: a faltering economy.

Growth has stalled and unemployment has spiked and Löfvens much-vaunted 2013 promise to deliver the lowest unemployment rate in the EU by 2020 now looks a distant prospect.

On a recent visit to an adult education college in the coastal town of Gävle, about two hours drive north of Stockholm, Löfven recommitted to his partys vision of full employment in his country.

“Unemployment must be reduced, everyone who can work should work,” he told reporters.

He faces a stiff challenge. Gävleborg county, which includes Gävle, has among the highest rates of unemployment in the country, at around 9.5 percent, and, like the rest of Sweden, it is struggling to integrate large numbers of immigrants who arrived during Europes 2015 migration crisis. The jobless rate nationally rose to 7.1 percent in August, the highest since December 2015.

Exporting industries are now also facing the dual threats of a no-deal Brexit and a U.S.-China trade war. Economic growth in Sweden was just 0.1 percent in the second quarter of this year and a survey of manufacturers this month showed activity fell to the lowest level since 2013.

At the college, Löfven met a group of students who already have professional qualifications from abroad and who are now learning additional skills needed for the Swedish labor market, including the language.

“Why does it take so long for us to have our qualifications validated?” asked a Palestinian dentist.

“There is no path for us onto the labor market,” said an agronomist from the Middle East. 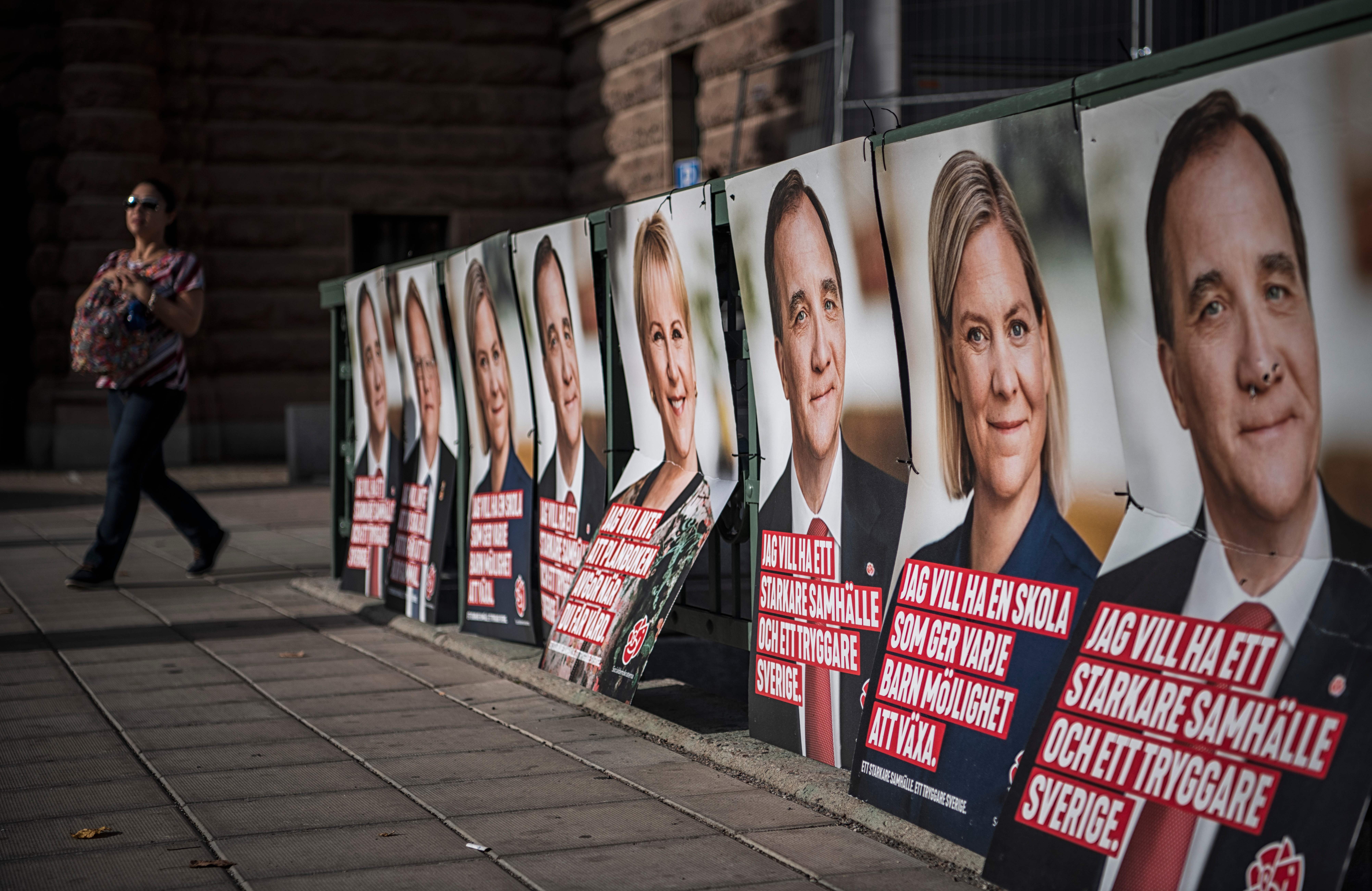 With opinion polls showing voter support for the Social Democrats ebbing, Löfven can ill afford a prolonged period of economic stagnation, and it is vital for state finances that immigrants quickly transition to the labor market and begin contributing to the tax base.

Support for Löfvens minority government in parliament also remains fragile and could quickly collapse if the economy were to lose further momentum, raising the prospect of an early election. The next scheduled election isnt until 2022.

The Social Democrats, the dominant political force for the past century, made their name as the party of workers during Swedens industrialization, but analysts say it has work to do to stanch a loss of blue-collar votes.

“Confidence in the Social Democrats unemployment policy has fallen in recent years,” said Tommy Möller, a political scientist at Stockholm University. “Research suggests the party has lost its previously so-clear issue ownership in this area, which has been a key factor behind its long-term success,” he said.

In Gävle, Löfven declined to comment on the 2020 target and referred questions to Employment Minister Eva Nordmark, who was traveling with him.

Löfven, a former union boss who took over as leader of the center-left party in 2012, has put job creation at the center of much of his strategy.

In 2013, needing to build momentum to dislodge the two-term, center-right government of Fredrik Reinfeldt, Löfven announced a surprise target at his partys congress in Gothenburg.

“We are going to reach the lowest unemployment rate in the EU, that is a binding target goal on the way to full employment,” Löfven said. He set a deadline of 2020.

He edged the election in 2014 and continued to defend his ambitious unemployment target despite growing signs that it was unrealistic.

Another unconvincing victory at the polls in 2018 has left him reliant on a complex alliance of four other parties to stay in power, and this year, pressure increased on him to drop his jobless target. In September, a ranking of the 28 EU states unemployment rates saw Sweden in 22nd place, down from 12th in 2013.