However, the volume of exports compared to these numbers is negligible, according to official data.

Sudanese exporters expressed their optimism for an increase in livestock exports, after the Kingdom of Saudi Arabia agreed to resume importing live livestock from Sudan.

The Saudi decision canceled a previous decision to stop importing live livestock from Sudan, which was issued last October.

The Sudanese Minister of Animal Resources, Adel Farah Idris, emphasized Sudan’s interest and great concern for human and animal health and implementation of all health requirements according to the World Organization for Animal Health (OIE).

Idris announced the presence of nearly 400,000 sheep in Sudanese quarries, which were quarried for four months without any  pathological symptoms. This confirms that they are free from all epidemic diseases.

Livestock exporters division in Sudan leader, Mahdi Al-Rahima, welcomed the decision to open exports to Saudi Arabia as it is the largest market for Sudanese livestock. He said the exporters were affected by the suspension decision due to the requirements of the animal immunity ratio.

Al-Rahima pointed to the high immunity of Sudanese livestock and that they are free of diseases, calling on the Sudanese Ministry of Animal Resources before starting to send any shipments to the Kingdom to rehabilitate Port Sudan quarries and provide ships in excellent condition.

He also pointed to the the necessity to conduct an examination of animal immunity in Suakin port instead of quarries before shipping to the Kingdom.

Livestock exporters said that the Sudanese Ministry of Wealth had approved 50% of livestock intended for export while they were in the country.

In order to ensure that they reach the Kingdom with the required immunity, which is 40%, taking into account the decline in their immunity during the deportation from Sudan to the Kingdom. Sudan expects a $2 billion in grant from the World Bank

Sudan expects that the World Bank to grant it $2 billion over the next two years to support its development projects. The Sudanese Cabinet... 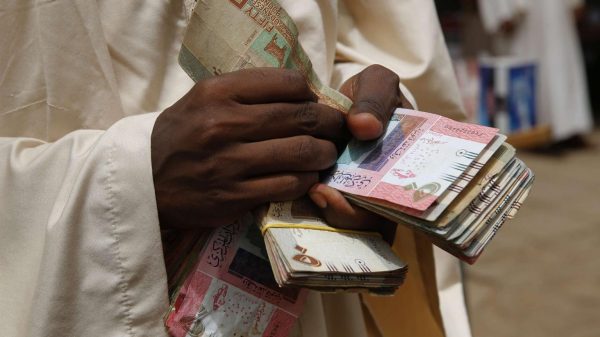 The floatation of the Sudanese pound restored the relationship between the citizens and the banks after many years of estrangement where the Sudanese had...