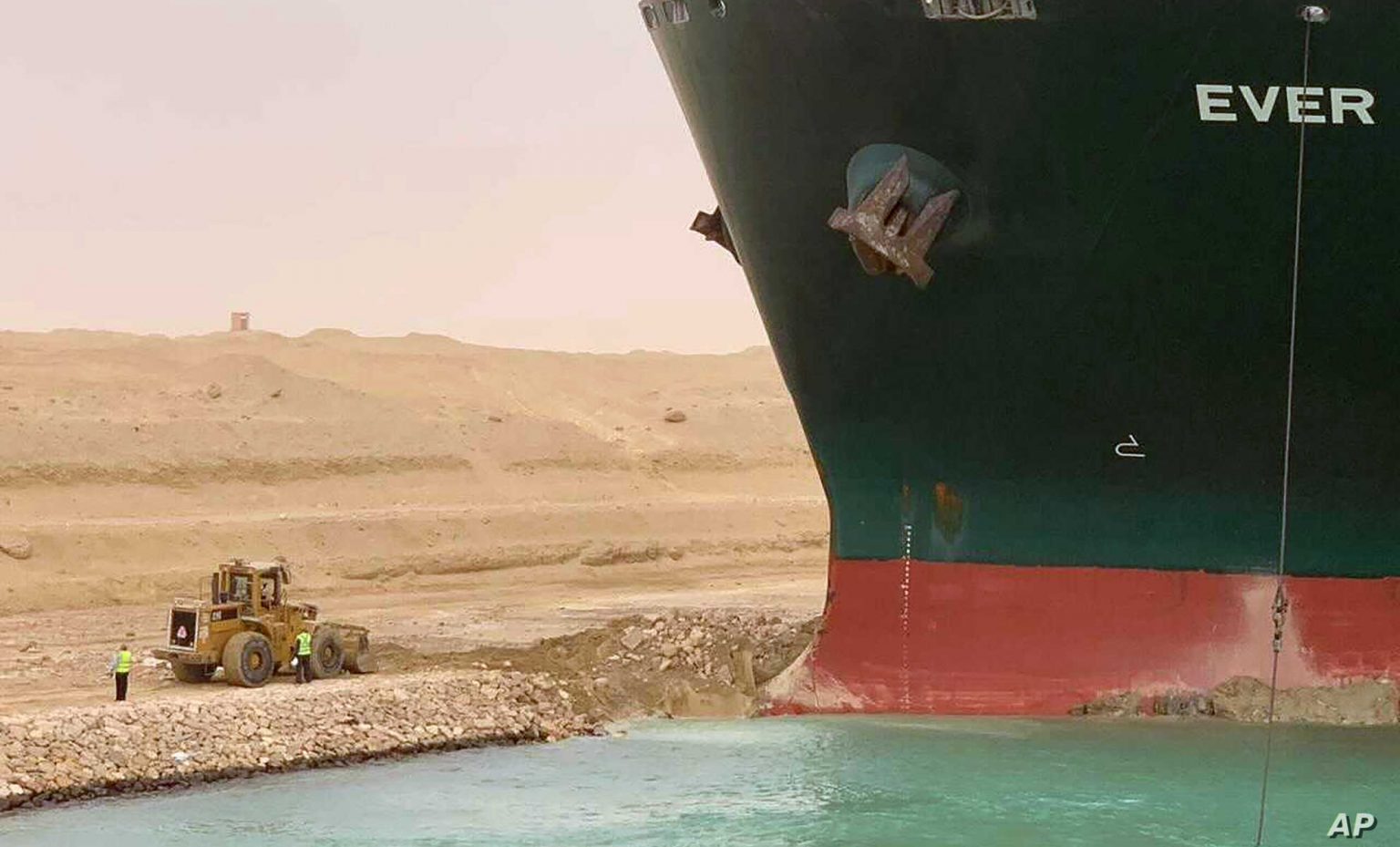 The stranded Suez Canal ship, Ever Given, is holding up an estimated $400 million an hour in trade, based on the approximate value of goods that are moved through the Suez every day, according to shipping data and news company Lloyd’s List.

The stranded Panamanian cargo ship is grounded for the fifth day in the Suez Canal. The efforts of the Egyptian government have not succeeded until this moment in the attempts to float and dislodge the giant container ship.

This means extending the delay for longer periods in the most important waterway in the world.

For his part, Osama Rabie, head of the Suez Canal Authority, said that the rescue units and the authority’s tugs are continuing their efforts to save and float the giant Panamanian container ship.

“Every day that the vessel remains wedged across the canal adds delays to normal cargo flows,” he said, adding that the trade group’s members are actively working with carriers to monitor the situation and determine the best mitigation strategies.

“Many companies continue to struggle with supply chain congestion and delays stemming from the pandemic. There is no doubt the delays will ripple through the supply chain and cause additional challenges.”

“The key to this problem hinges on how much longer it will take to move the Ever Given,” explained Alan Baer, President of logistics provider, OL USA LLC.

“USA importers face arrival delays of three days right now and this will continue to grow as long as the disruption continues,” Baer said.

It is worth noting that the Suez Canal, which separates the Africa from Asia, is one of the busiest trade routes in the world, with approximately 12% of the total world trade passing through it.

Energy exports, such as liquefied natural gas, crude and refined oil, represent between 5% to 10% of global shipments. The rest of traffic is largely consumer products, including clothing, furniture, manufacturing, auto parts and exercise equipment.