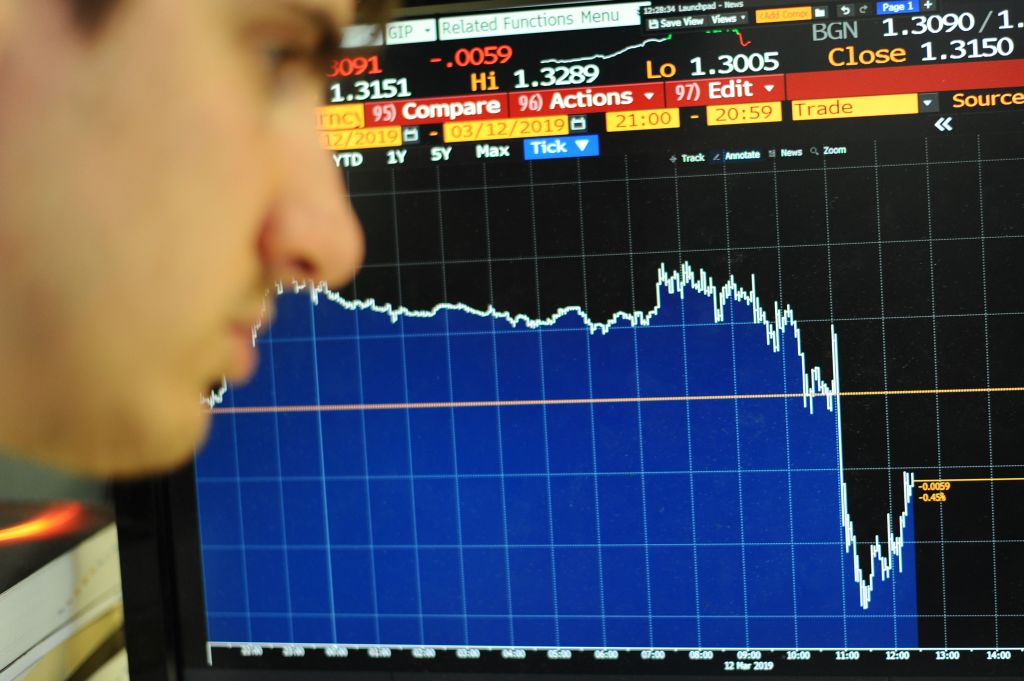 The pound was trading at two-year lows against the dollar today as investors become increasingly gloomy about the UK economys second-quarter performance.

The impact of a likely Boris Johnson premiership – with attached no-deal Brexit risks – continued to weigh on the pound, while weak retail sales figures for June exacerbated the fall.

Total sales fell by 1.3 per cent last month compared to a year earlier, with yearly UK consumer spending dropping to its lowest level since the 1990s, according to a report released by the British Retail Consortium (BR) and professional services firm KPMG this morning.

The weak reading came soon after a series of dismal data releases earlier this month showed marked slowdowns in the UKs service, construction and manufacturing sectors.

Jordan Rochester, FX strategist at Nomura, said: “The UK has recession risk [which] has driven the short-term price action today.”

Official GDP data is due tomorrow. Dean Turner, UK economist at UBS Global Wealth Management, said that “barring a significant positive surprise” it was “likely to confirm that the economy is on course to register a contraction for the second quarter”.

Another factor dragging down sterling was the scaling down of expectations that the US Federal Reserve will cut interest rates sharply this month.

Rochester said a global slowdown “with recession risks in the pipeline” meant the dollar was benefiting from “a flight to quality”.

Political and economic uncertainty in the UK meant “its not a flight to safety if you buy the pound, its the opposite,” he said.
Read More