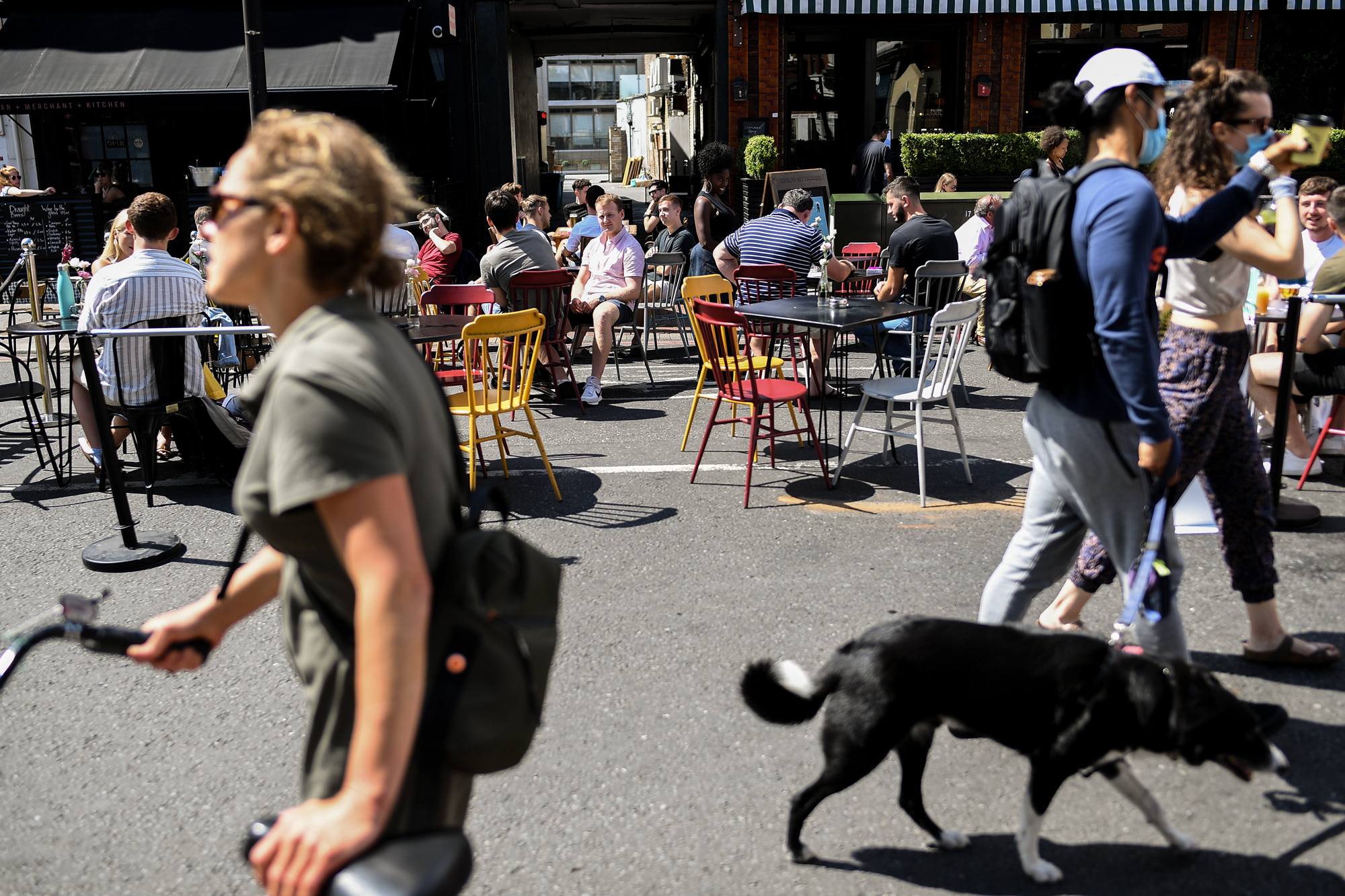 LONDON — Social gatherings of more than six people will be banned in England from Monday in response to a sharp increase in coronavirus cases, Boris Johnson is set to announce.

The prime minister is to give a press conference on Wednesday at which he will confirm that the legal limit at which police can disperse gatherings of people will be reduced from the current 30 to just six.

The U.K. has seen a swift rise in the daily number of cases since the weekend, with a further 2,420 cases reported on Tuesday.

“We need to act now to stop the virus spreading,” Johnson will say at Wednesdays press conference, according to a statement given to journalists. “So we are simplifying and strengthening the rules on social contact, making them easier to understand and for the police to enforce.”

The new rules will apply to gatherings indoors and outdoors, in private homes, public outdoor spaces and venues such as pubs and restaurants, but there will be exceptions for work meetings, educational settings, weddings, funerals and sports where “COVID-secure” measures are in place.

Exemptions will also apply for those who have formed a “household bubble” of more than six people.

Current guidelines for England already stipulate that only six people can socialize together, but there are exceptions when the meetings involve just two households and police can only levy fines on those who refuse to disperse when gatherings exceed 30. Johnson held a conference call with police forces last week at which officers called for the rules to be simplified, Downing Read More – Source
[contf]
[contfnew]