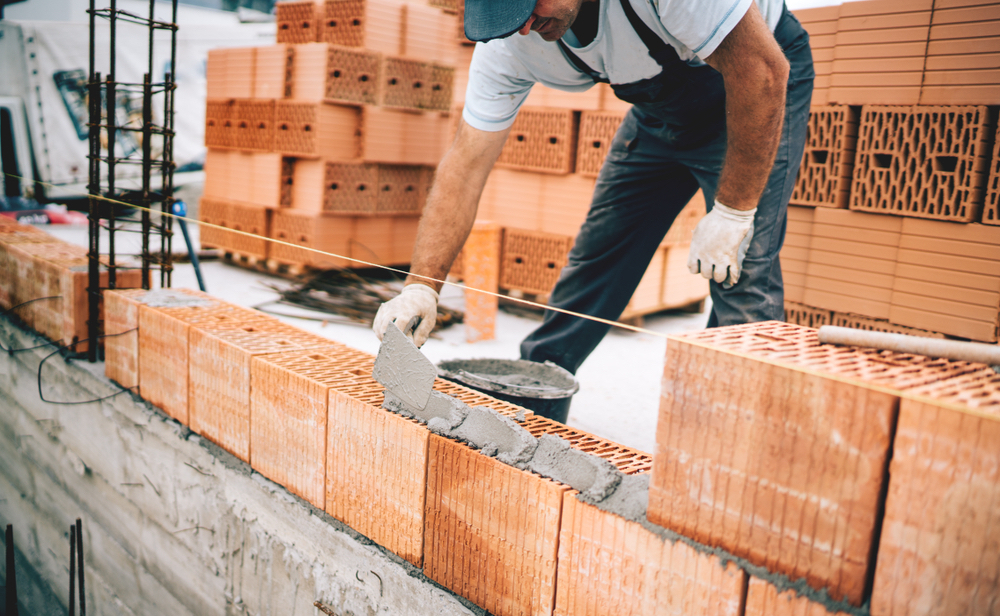 The disposal was conditional upon the approval of the UK Competition & Markets Authority (CMA) but the CMA referred the deal for what is called a Phase 2 investigation.

The CMS investigation, announced on 21 April, is expected to take until October of this year to conclude and since it was announced, market conditions have changed substantially, resulting in both parties agreeing to terminate the acquisition.

Whitbread PLC (LON:WTB), the Premier Inns owner, tumbled 12% to 2,511p after it announced plans to tap the market for a billion quid.

The 1-for-2 fully underwritten rights issue will be priced of 1,500p per new share, a discount of 37.4% to the theoretical ex-rights price of 2,395p and a 69% discount to the level the shares started the year.

Announcing the fundraising alongside results for the year to 27 February, where adjusted profit before tax fell 8% to £358mln on revenue up 1% to £2.1bn, the FTSE 100 group detailed various measures it has taken to reduce cash outflow since its hotels were closed in late March as part of the UK coronavirus lockdown, including putting more than 27,000 staff on the government furlough scheme.

1.45pm: Pets at Home's share price goes down with the mange

Pets at Home PLC (LON:PETS) was a god stock on Thursday, sliding 9.8% to 207.2p following its full-year results.

The pet products flogger nd veterinary group warned its half-year pre-tax profit would be “materially below” last year as sales have dwindled after an early coronavirus lockdown spike, while the retailers' operating costs remain high.

Following an initial upsurge when consumers stockpiled at the beginning of the lockdown, turnover has taken a hit due to social distancing measures and restrictions on non-essential items, with sales focusing on food, the group said.

1.00pm: Kibo Energy gives back most of yesterday's gains

Kibo Energy PLC (LON:KIBO was the top faller, down 22% at 0.23p, on Thursday morning, giving back yesterdays handsome gains.

The shares rose from 0.225p yesterday to 0.27p after it put out a “clarification statement” late in the day adding more detail to its proposed share capital reorganisation.

This morning it was announced that Sanderson Capital Partners and related parties had increased their stake in the Africa-focused company to 19.3% from 13.8%.

KRM22 PLC (LON:KRM) leapt 7.35 to 29.5p after it reported strong growth in recurring revenues in 2019 as its recent acquisitions begin to bear fruit.

For the year ended December 31, 2019, the software firm reported annualised recurring revenues (ARR) growth of 21% compared to 10% a year earlier, while total revenues in the period rose to £4.1mln from £1.3mln.

Salt Lake Potash Limiteds (ASX:SO4) (LON:SO4) charged 16% higher to 28.5p on the back of an update from its Lake Way project in Western Australia.

The pumping of initial brine extraction drilled into the paleochannel at Lake Way has delivered flow rates of 18 litres per second with a consistent potassium grade of 7,100mg per litre.

The results, which were sustained over a 17-day delivery, are above the average flow rates used in the companys bankable feasibility study, which demonstrated 8 litres per second and average brine grades of 6,100mg per litre.

10.30am: Universe expands after reassuring update

Universe Group PLC (LON:UNG) expanded by 17% to 5.25p on the back of the publication of its full-year results.

The loyalty scheme specialist said the results were in line with its trading update at the end of last month.

“We already have a revenue pipeline for this year that indicates completed revenues of £5.2 million in Q1, with further revenues of £16.8 million visible through existing recurring and repeatable revenue contracts and the order book,” disclosed Andrew Blazye, the non-executive chairman of Universe.

The company, which owns the Jet2 airline and the Jet2 packaged tour holidays business, managed to get the share issue away at no discount to the prevailing market price, although it is worth noting that the shares have collapsed from 1,943p in February when it started to dawn on markets that the coronavirus (COVID-19) pandemic was going to hit the travel industry hard.

“The board believes that the proceeds of the placing, together with the recently confirmed Bank of England £300mln COVID corporate financing facility (currently undrawn) and the group's fully drawn revolving credit facility of £100mln, will provide the group with additional headroom to deal with this most challenging of trading environments,” said Philip Meeson, the executive chairman of Dart in a statement.

Meanwhile, ClearStar Inc (LON:CLSU) shares shot up 21% to 49.5p after it launched a coronavirus testing service to support employers with their return-to-work planning.

The employee and medical screening specialist said the service will provide employees with a CRL Clear kit to test blood samples for coronavirus antibodies which will indicate if a person has been previously infected with the disease.

If the employee tests positive, they will then receive a CRL Rapid Response Kit, a saliva-based molecular diagnostic test to determine if the virus is still active. A positive test, in this case, indicates the employee is still infected with coronavirus and will automatically be contacted by a doctor to discuss the results and next steps.

ClearStar Inc (LON:CLSU) said it has launched a coronavirus testing service to support employers with their return-to-work planning and workplace safety. The employee and medical screening specialist said the service will provide employees with a CRL Clear kit to test blood samples for coronavirus antibodies which will indicate if a person has been previously infected with the disease. If the employee tests positive, they will then receive a CRL Rapid Response Kit, a saliva-based molecular diagnostic test to determine if the virus is still active. A positive test, in this case, indicates the employee is still infected with coronavirus and will automatically be contacted by a doctor to discuss the results and next steps.

Belvoir Group PLC (LON:BLVR), the property lettings specialist, said its franchise networks has proved resilient during the UKs coronavirus (COVID-19) lock-down. Trading during the first quarter, which incorporated just one week of the lock-down period, was strong and in line with management expectations, Belvoir said in an AGM trading update. Things got a bit trickier in April but at the end of the month the group carried out a rent arrears survey and the situation was not as bad as the board had feared. Less than 5% of tenants were in arrears on their rent compared with the usual 2% experienced by Belvoirs networks.

Stobart Group Limited (LON:STOB) has said it will propose a name change before February 28, 2021, after selling the Eddie Stobart and Stobart trademarks and brands to Eddie Stobart Logistics PLC (LON:ESL) for £10mln. The aviation and energy group said the payment will be split into a £6mln sum to be paid on completion of the transaction, £2.5mln to be paid on or before December 1, 2020, and £1.5mln paid 36 months after completion of the sale. Stobart Group said the proceeds will be used for working capital purposes, adding that a number of its divisions will continue to use the brand for up to 36 months after completion of the sale which will be licenced on a royalty fee basis from Eddie Stobart.

Galileo Resources PLC (LON:GLR) told investors it has completed the acquisition of Botswana business Crocus-Serv which holds 21 exploration licences. Some 19 licences are located in the highly prospective Kalahari Copper Belt (KCB) and the other two are in the Limpopo Mobile Belt (LMB). Altogether the licences span 14,875 square kilometres. To acquire the assets the company is issuing 38.81mln new shares priced at 0.42p each.

Oncimmune Holdings PLC (LON:ONC) revealed that it has signed a foothill contract with one of the worlds largest pharmaceuticals companies, which will evaluate the potential of Oncimmunes technology to screen for lung cancer in at-risk patients. This initial tie-up could be the “first step” towards a long-term partnership with the unnamed partner that would see the widespread availability of the EarlyCDT Lung test, investors were told. The latest agreement is one of a series of deals inked in the last two months that showed the “full breadth” of the firms commercial offering, said chief executive Adam Hill.

FastForward Innovations Ltd (LON:FFWD) has noted that a strategic partner to its investee company Leap Gaming, IMG Arena is to begin offering bookmakers a virtual sports betting product for the NASCAR US stock car racing series. FastForward said IMG Arena has entered an agreement with NASCAR which licenses its official assets to create a virtual sports betting game for the racing series and offer it to operators worldwide. The game was developed in partnership with Leap Gaming, in which FastForward holds a 43.4% stake, and will replicate famous NASCAR tracks including the Daytona International Speedway, the Talladega Superspeedway and the Watkins Glen International.

KRM22 PLC (LON:KRM) has reported strong growth in recurring revenues in 2019 as its recent acquisitions begin to bear fruit. For the year ended December 31, 2019, the software firm reported annualised recurring revenues (ARR) growth of 21% compared to 10% a year earlier, while total revenues in the period rose to £4.1mln from £1.3mln. The firms adjusted (EBITDA) loss also narrowed, to £3.1mln from £3.3mln, and over the year it said it signed six new partnerships covering client onboarding, enhanced due diligence, online training, individual accountability regime and regulatory reporting.

88 Energy Ltd (LON:88E) has suggested that there is still life in the Charlie well yet as it provided a technical update on its view of the exploration disappointment following the departure of former partner Premier Oil PLC (LON:PMO). In an operations update, the AIM and ASX-listed explorer – which is in the process of rebooting via a merger with Alaska peer XCD Energy – among other details highlighted what it called “compelling” indications of oil in an up-dip location from the Charlie well location. Moreover, it commented that it had originally planned to drill the Charlie well somewhere else before Premier Oil joined the exploration campaign.

Chaarat Gold Holdings Ltd (LON:CCG) has updated investors on production numbers for the Kapan mine in Armenia, which yielded 12,992 gold equivalent ounces in the first quarter. That marks a 12% improvement compared to the preceding three-month period, driven by better grades, the group said. In an operational and production update, Charaat said it has successfully implemented its coronavirus (COVID-19) prevention measures since mid-February and has seen no cases on record within the group.

Braveheart Investment Group PLC (LON:BRH), the technology company investor, has increased its stake in imaging specialist Phasefocus to 42.7%. Through the deal, AIM-listed Braveheart will purchase an additional 22,145 shares in Phasefocus from Synergy Investments for £203,000 payable in shares at a strike price of 29p. Currently, Braveheart has a 25% stake in Phasefocus, which has developed a series of patented computational imaging techniques in applications such as live cells, engineering metrology and electron microscopy. Meanwhile, Braveheart said another of its investee companies, Paraytec is preparing patent applications after the conclusion of the UK government-funded Nexus Project.

Strategic Minerals PLC (LON:SML) said it has lodged a draft program for environment protection and rehabilitation (PEPR) for its Leigh Creek copper mine (LCCM) with the South Australian government. In an update, the AIM-listed firm said the PEPR was “an important step to full re-opening of operations and producing copper at Leigh Creek”, with the process generally taking three to four months from lodging of the draft to approval. Strategic said once the approvals were complete and operations restarted, Leigh Creek was “ideally placed as a second income stream for the company with a short development timeframe and low capital costs to first production”.