PARIS — Halfway through their first term as MPs, the novices who were swept into office with Emmanuel Macron are bumping up against the ugly reality of politics — sometimes literally.

Protesters have blocked off access to some of their constituency offices with cinderblock walls up to 2.5 meters high or piles of manure. Graffiti accuses others of lies and treason. In the most extreme cases, some MPs have received death threats.

Over the summer, the contingent of first-time MPs from civil society and business who joined Macrons unexpectedly successful ticket in 2017 faced a wave of blowback against his support for EU free-trade deals with Canada and South Americas Mercosur bloc.

In an age of surging popular opposition to globalization, and to many of the tenets of representative democracy itself, the physical and verbal attacks on lawmakers from Macrons La République En Marche party highlight the struggle to push forward his economically and socially liberal, pro-European agenda.

“I do not exclude that one day we will see physical violence against an elected official,” said lawmaker Jean-Baptiste Moreau, a cattle farmer-turned-MP who is now a spokesperson for the LREM parliamentary group and a supporter of the free-trade agreement with Canada, known as CETA.

LREM lawmakers are accused by their detractors of rubber-stamping any legislation the government sends their way with little, if any, debate.

A “Wanted” poster with his face on it was plastered around the town of Guéret in mid-August. He pressed charges, but even before the appearance of the poster and the CETA vote in July, Moreau already had police patrols checking on his family during his trips to Paris because of the threat of violence from the Yellow Jackets.

For Moreau, its not just a question of his familys safety.

“Democracy is at stake,” he said. “Some colleagues may vote against Mercosur or other texts in the future just to avoid facing this kind of violence.”

Violent protest is certainly not new in France, as MPs from longer-established parties can attest, though social media has made it easier to launch mass, anonymous, verbal attacks on politicians. But many of Macrons MPs are political neophytes who were not previously exposed to such intensive public scrutiny and conflict.

Having surfed to power on Macrons unlikely presidential victory, they are accused by their detractors of rubber-stamping any legislation the government sends their way with little, if any, debate.

The MPs, however, insist that while the LREM group, which holds an absolute majority in the National Assembly, does meet to decide on voting guidelines, they are free to make their own decisions.

“Theres a collective discussion at group meetings on which position to take on each law, in connection with the government, but sincerely I have the freedom to decide, especially on issues that werent in the campaign program,” said first-term LREM lawmaker Christophe Jerretie.

He was mayor of Naves for three years before getting into parliament in 2017, and represents Corrèze, where the cattle industry is a top employer — meaning trade deals with agricultural heavyweights like Canada and the Mercosur beef giants Brazil and Argentina are a hot-button topic.

For the first time, as many as nine of LREMs 304 MPs, including Jerretie, voted against CETA and 52 abstained. LREM lawmakers say that even though the party is generally pro-free trade, there is no blanket instruction to vote in favor of every trade agreement.

“The En Marche group was in favor of CETA but is not in favor of Mercosur, so I think its on a case-by-case basis,” said Jerretie.

The EU and Mercosur concluded talks on a landmark trade deal in June, after 20 years of negotiations. It was opposed by EU farmers who feared increased competition from South America, and by environmental groups who warned it was an incentive for Brazil to turn more of the Amazon into farmland. Macron turned against the deal in its current form in August, citing Brazilian President Jair Bolsonaros failure to tackle Amazon forest fires and deliver on other environmental commitments — a row that degenerated into personal insults. 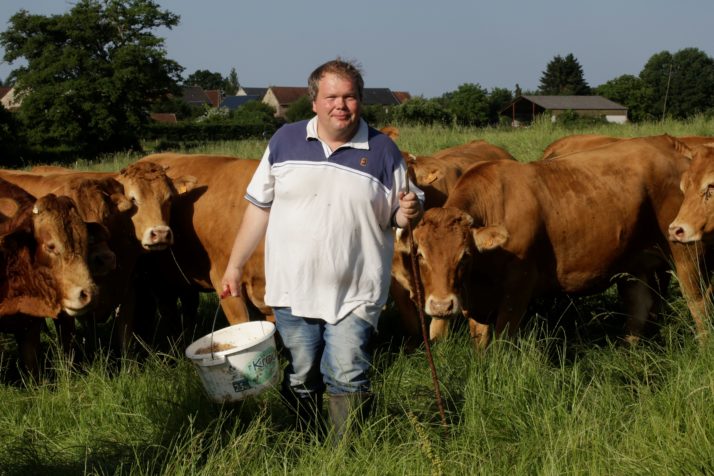 Some in LREM are convinced that the campaign of intimidation is already having an effect on votes.

“Those who abstained are very uncomfortable,” said Barbara Bessot Ballot, a first-time MP from Haute-Saône in Burgundy, who ran a tea and coffee business with her husband before entering politics. “I am convinced [they abstained] to avoid trouble.”

“We are going through a political moment during which, when people disagree, the reaction is immediately quite violent,” said Marie Lebec, who before becoming an MP and spokesperson for the LREM group in parliament used to be a lobbyist on European issues. She regularly receives abuse on social media, and even death threats, which “makes me wonder about representative democracy, and the place of MPs.”