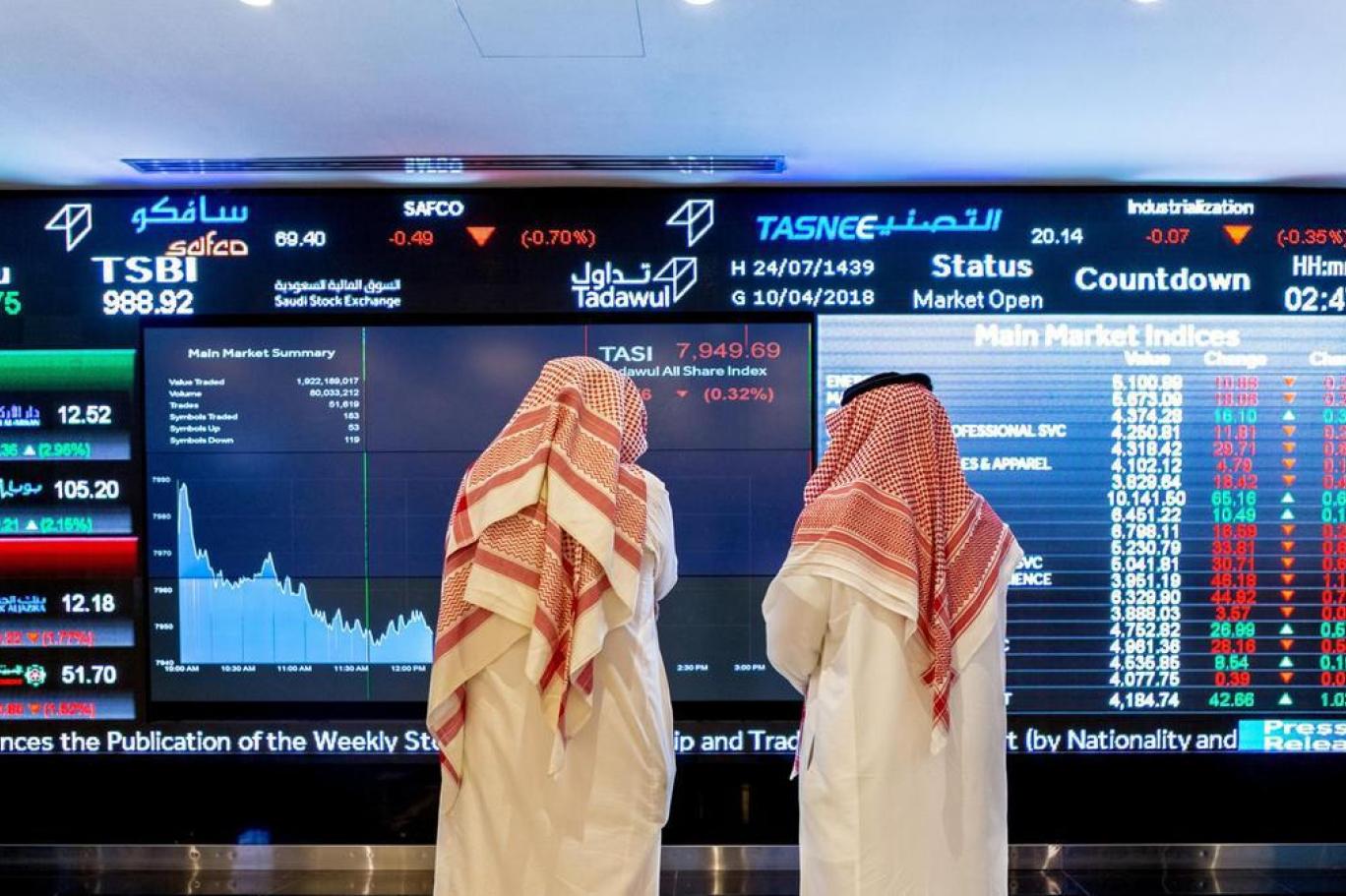 The Saudi stocks market (Tadawul) has ended the weekly trading, with a significant decline, to record losses after rising for about 6 weeks in streak.

The decline is referred to direct pressure from three major sectors, and liquidity has decreased compared to the previous week.

Data showed a loss of market capital of about SR97.55 billion, as a result of which the market value of listed shares fell to SR9.248 trillion, compared to SR9.345 trillion in the previous week.

The results are attributed to the losses suffered by the market to the decline in ten sectors, led by the banking sector, with a decline of 1.08%, the decline in the basic materials sector by 1.35%, in addition to a decrease in the energy sector by 0.69%.

The remaining sectors came in green, led by the pharmaceutical sector, achieving an increase of 3.29%, while the telecommunications sector ended the trading week ending on 25 March, up 0.43%.

According to the financial market data, and in terms of stocks performance, Alinma Tokyo share achieved the highest gains, rising by 18.59%, while Saudi Union share suffered the largest losses during the past week, after declining by 7.3%.

The NOMUC index ended its weekly transactions, in the parallel market, with a decline of 3.06%, thus losing about 749.25 points of its value, bringing the index to the level of 23,756.08 points.