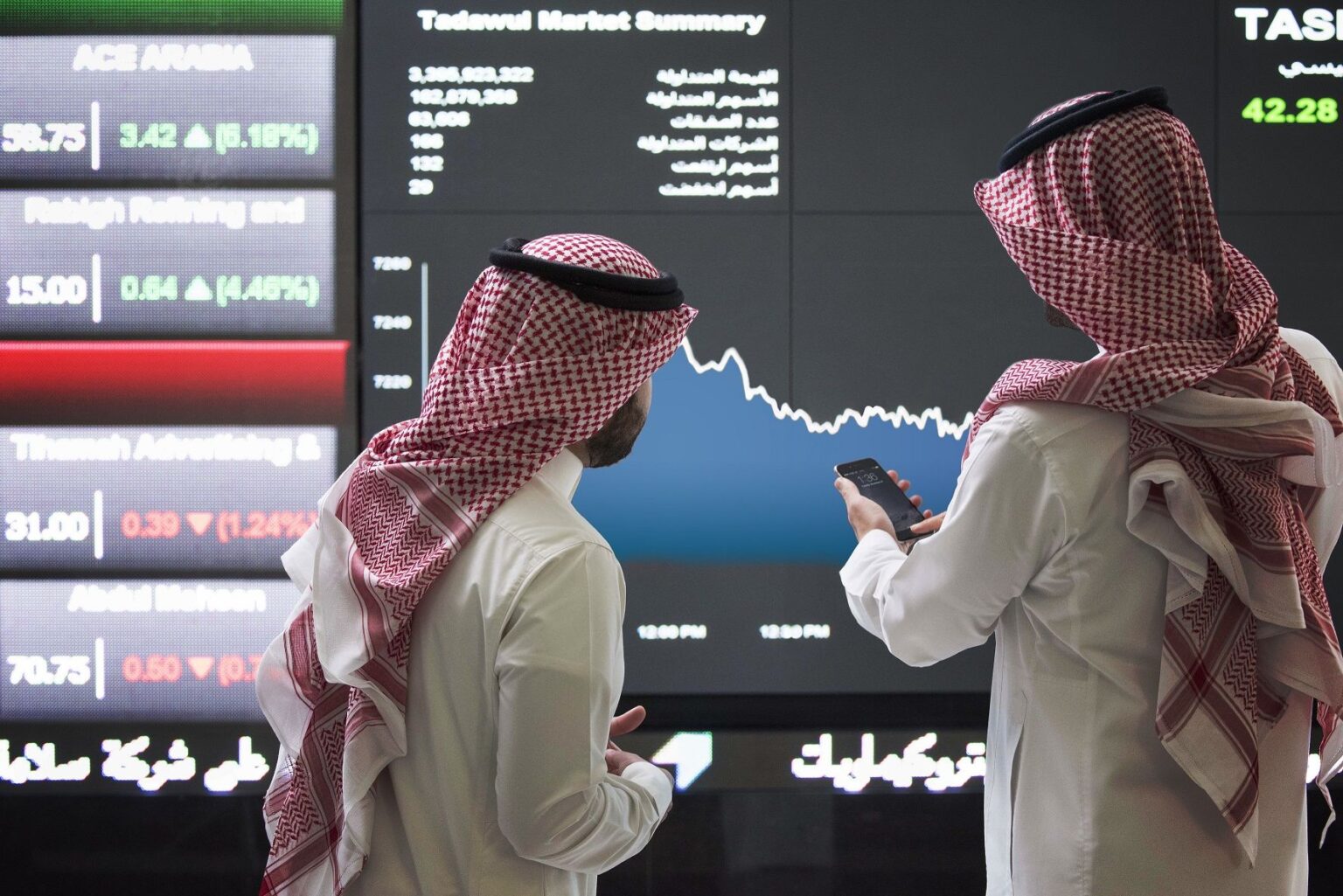 The profits in the Saudi stock market came in light of a collective rise in all sectors and an increase in trading rates. The Saudi had been recording declines for three weeks.

The general market index TASI achieved during last week’s trading, an increase of about 3.78%, in the largest rise recorded by the index since mid-November 2020.

Trading values ​​recorded an increase of 25.26% during the week, and reached 58.203 billion riyals. This is compared to 46.466 billion riyals in the previous week.

The volume of trading in last week’s transactions reached 1.386 billion shares. The number was at 1.140 billion shares in the previous week.

The green color prevailed on the indices of all Saudi stock market sectors. Banks raised by 5.49%, basic materials by 3.55%, telecommunications  by 2.58%, and real estate by 2.18%.

The Saudi Arabian Refineries Company was at the forefront of the stock activity in terms of value, with 5.090 billion riyals, and Al-Inma Bank recorded the largest quantities with 47.175 million shares.

In a related context, the Saudi stock market is expected to witness another year of abundant listings. Large initial public offerings are being prepared at a time when investors are looking to allocate heaps of cash that have accumulated during the Coronavirus pandemic.

A record $29.4 billion listing of oil giant Aramco in late 2019 shone the spotlight on the stock market. As a result, the kingdom generated $1.45 billion in initial public offerings last year despite the economic fallout.

In this article:Saudi Arabia, Stock