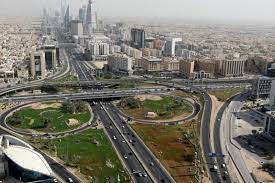 The General Authority for Statistics, revised upwards earlier estimates of a 1.5% overall growth in the second quarter. But they also revised non-oil growth to 8.4% from an earlier 10.1%.

On a quarter-on-quarter basis, the Saudi economy grew 0.6% compared to the first three months of the year, with the oil sector fuelling the growth.

The Saudi economy has been hit hard last year due to the twin bolw of the COVID-19 pandemic and record-low oil prices.

The economy has rebounded this year, however, amid easing coronavirus-related restrictions, a vaccine roll-out and higher crude prices.

The GDP segment comprising wholesale and retail trade, restaurants and hotels, grew 16.9% in Q2 compared to the same quarter last year, although declining slightly when compared to the first three months of this year.

The pent-up demand that boosted the rebound was expected to lose some steam, economists have said.

“Preliminary GDP data for 2Q2021 released in August points to some moderation in the pace of sequential non-oil GDP growth. This normalisation is to be expected as the boost to activity from the initial reopening of the economy, trapped spending and pent-up demand wanes,” Monica Malik, chief economist at Abu Dhabi Commercial Bank, said in a note last week.

A domestic investment programme led by the Public Investment Fund, Saudi Arabia’s main sovereign investor, is expected to be the main driver of economic growth going forward, she said.

London-based Capital Economics has said the recovery in the non-oil sector has lost momentum in recent months, as opposed to the oil sector, which strengthened due to increased output.

“With OPEC+ agreeing … to raise oil output further, this will mechanically support stronger GDP growth and more than offset the easing of activity in the non-oil sector,” it said in a note last week.