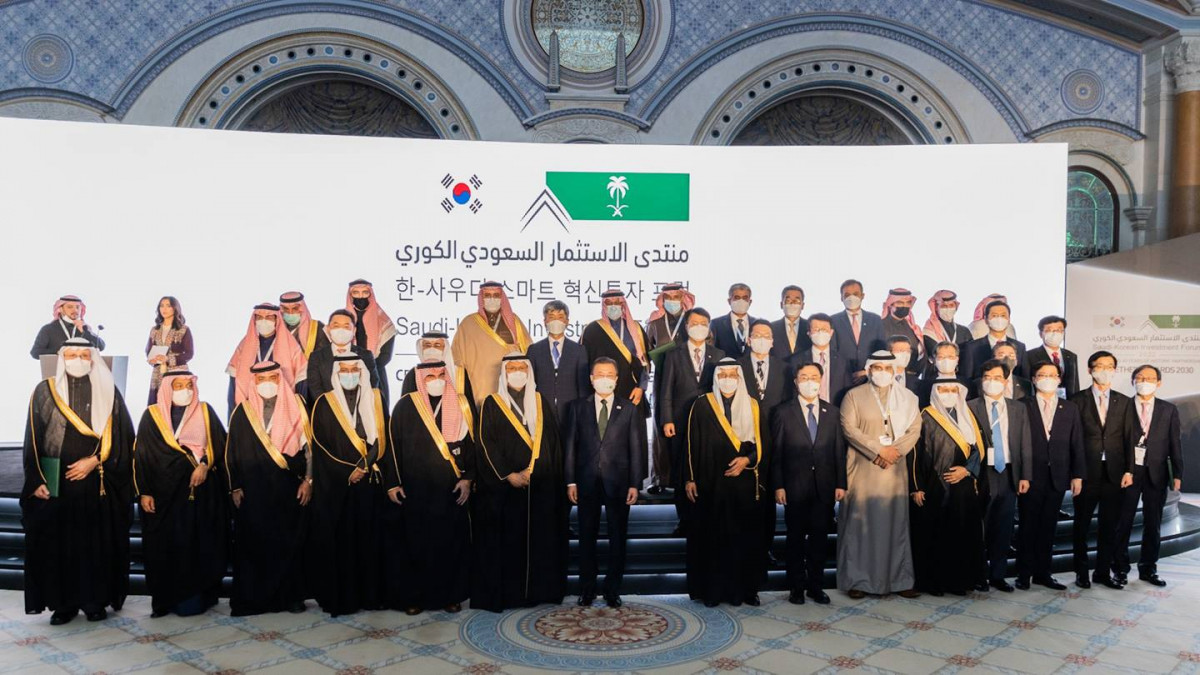 Riyadh, (Business News Report) – Saudi Aramco has made investment agreements with Korean companies on the sidelines of the Saudi-Korean Investment Forum.

The conference is being held in Riyadh, and Saudi Aramco has signed 10 agreements with South Korea.

In a statement, Aramco said that the agreements aim to enhance its strategy in the refining and chemicals sector, develop hydrogen energy solutions, and find new financing options.

Saudi Aramco signed an agreement with Doosan Heavy Industries and Construction in Korea, and the Industrial Investments Company in the Kingdom (Dusur), to establish a metal casting and forming plant.

The Saudi company also signed memoranda of understanding with a number of energy companies in Korea, including the Korean Electric Power Company (KEPCO), S-Oil, POSCO, Hyundai Oilbank, and Korea’s Lotte Chemical, with the aim of exploring potential cooperation opportunities in the supply, transmission, use and adoption of hydrogen and ammonia.

While it agreed with the Export-Import Bank of Korea (KEXIM) to discuss strategic financing solutions to support the company’s trade and investment activities in which Korean companies participate.

During a session of official talks on the sidelines of the South Korean president’s visit to the Kingdom of Saudi Arabia, the two sides discussed ways to support and strengthen relations in all fields, in addition to discussing the latest regional and international developments and efforts made in their regard to achieve peace and stability, as reported by the Saudi Press Agency (SPA).

The South Korean president arrived in Riyadh on Tuesday, and was received by the Saudi Crown Prince after his visit to the United Arab Emirates, which was his first stop on a regional tour that will include Egypt.

The South Korean president will hold talks in Saudi Arabia with the Saudi crown prince on ways to expand cooperation in the areas of public health, artificial intelligence, hydrogen and education, while strengthening cooperation in the fields of energy, infrastructure and construction.