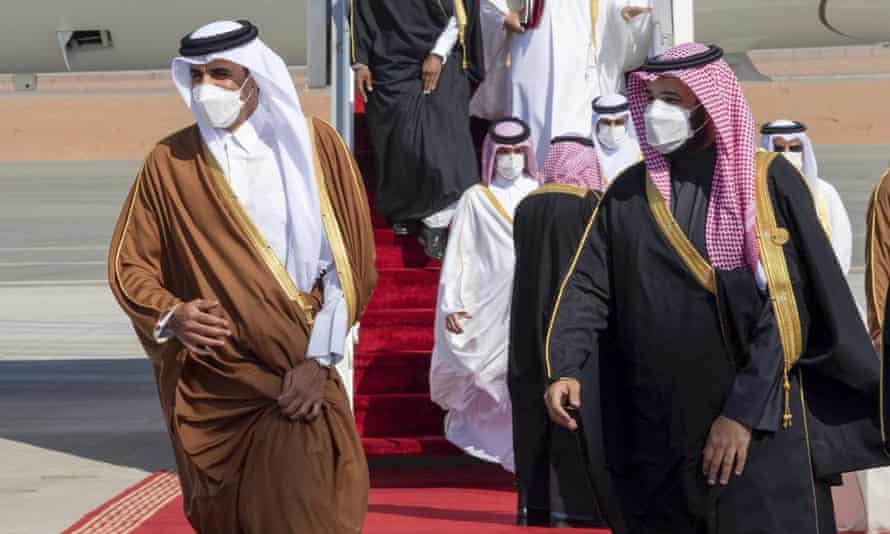 The Kingdom of Saudi Arabia and the State of Qatar signed yesterday a protocol amendment to the minutes for establishing a coordination council between the Kingdom and Qatar, Saudi Press Agency (SPA) reported.

The Saudi-Qatari Coordination Council will be under the co-chairmanship of Crown Prince Muhammad Bin Salman and Qatar’s Emir Sheikh Tamim Bin Hamad.

In a meeting yesterday in NEOM the two ministers discussed ways to further improve bilateral relations between the two countries.

The Qatari-Saudi Coordination Council constitutes a mechanism to advance bilateral relations and the partnership of the two countries.

The new council aims to to broader horizons in a way that achieves the Kingdom’s Vision 2030 and Qatar National Vision 2030, and meets the aspirations of the leaderships of the two countries to achieve the interests of their peoples.

The two countries re-established diplomatic ties earlier this year, after three years of the announcement of Saudi Arabia, Egypt, Bahrain, and the UAE that they will sever ties with Qatar.

However, in January, the Saudi Arabia and Qatar reached reconciliation in El Ola summit in Saudi Arabia.

Qatar’s Emir Shaikh Tamim Bin Hamad Al Thani on had named an ambassador to Saudi Arabia after Riyadh in June reinstated its envoy to Doha, in another sign of improved ties after rival Gulf states agreed this year to end a long-running dispute.

Al Attiyah previously served as Qatar’s ambassador to Kuwait, which had mediated in the Gulf conflict.

Qatar had last month appointed an ambassador to Egypt, following a similar move by Cairo in June.