Javid, the home secretary, garnered just 34, down four from yesterday, and was knocked out.

It is likely Michael Gove and Jeremy Hunt will face Boris in the final round of MPs' voting, which will take place this afternoon.

Hunt is currently trailing Gove with 59 votes to his 61 after Gove overtook the Secretary of State for Foreign Affairs.

In a statement posted to Twitter, Javid thanked his colleagues and the Conservative party for the opportunity to promote his vision for the country.

He said: “Im proud to have made the case for being a party that heals divisions, protects our precious Union, embraces modern Britain, and brings Conservative values to new audiences.

“I want Britain to seize the opportunities ahead, but also to level the playing field so that everyone can have the opportunities to get ahead in life that they deserve. We can do that with a bold policy agenda – one that rebalances our economy, unleashes investment in our infrastructure, priorities education and skills, and maintains law and order through a major boost in police numbers."

The home secretary did not offer his support to another party and instead said he will continue to focus on his responsibilities at the Home Office. 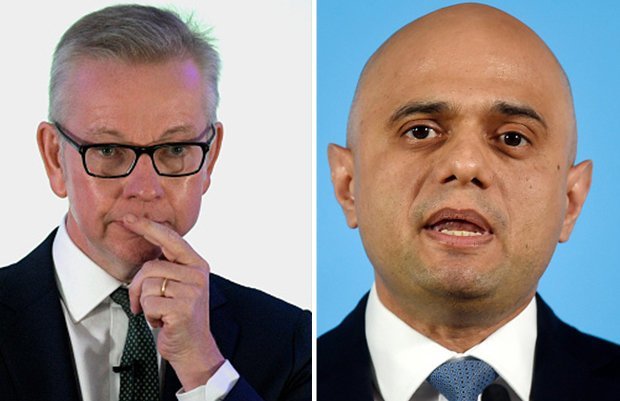 OUT: Sajid Javid has been knocked out of the tory leadership race (Pic: DS)

Of the remaining contestants Javid said: “The three remaining candidates have earned their places in the final round. I wish them well in the weeks ahead – and whoever becomes Prime Minister – I urge my colleagues to get behind them as a team. If I can contribute to these efforts and serve my country in any way I will certainly do so."

WITHIN REACH: Boris Johnson is likely to go through to the final ballot of the leadership race (Pic: GETTY)