Average Russians see hospitality, love for work and sincerity as the main positive traits of their p..

Average Russians see hospitality, love for work and sincerity as the main positive traits of their people and name laziness and love for liquor as the negative ones, a new poll has shown.

On Thursday, state-run sociological agency VTSIOM released results of research which studied the image of the Russian nation in the eyes of its citizens. In it, researchers asked the respondents to choose five definitions which, in their view, best describe Russians as a people, from an extensive list.

Hospitality came top of the list of positive qualities with 45 percent of Russians mentioning this trait in their answers. 41 percent put diligence and ability to work hard among the principle positive features of the Russian nation and sincerity was third on the list with 33 percent. Generosity and sociability also made it to the top five of positive national traits.

Hard drinking was the most popular negative feature named by 16 percent of poll participants, followed by laziness with 13 percent and lack of discipline with six percent.

The head of VTSIOMs department for social modeling and forecasting, Yulia Baskakova, said in comments with RIA Novosti that this years results differed substantially from those registered in previous generations of Russians. 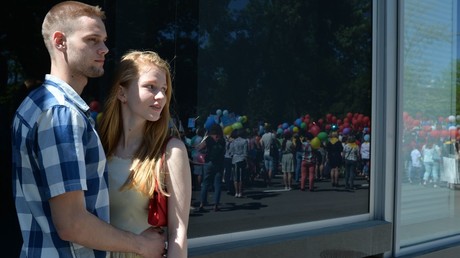 “The younger the respondents are, the more critical they are inclined to be of their co-citizens. Those between 18 and 24 years of age are twice more likely to attribute negative qualities to other people than those of the retirement age,” she said, adding that the excessive criticism can be a good feature if it becomes a stimulus for self-development.

A separate poll conducted by VTSIOM, in connection with the Russia Day holiday which is celebrated on June 12, showed that in 2018 the share of Russian citizens who see themselves as patriots was 92 percent, the highest in 18 years.