Latvia’s largest opposition party has called for the reversal of education reforms that threaten Rus..

Latvia’s largest opposition party has called for the reversal of education reforms that threaten Russian-language classes in the country’s schools, claiming they contradict the national constitution and international convention.

The Social Democratic Party, called "Harmony," represents the interests of Russian speakers that constitute up to 40 percent of Latvia’s population. The call to reverse the education reforms was made to President Raimonds Vejonis on Thursday.

It followed a decision by the Latvian parliament to pass a bill that would exclude lessons in Russian from the curriculum in all of the country’s schools, including schools specifically for ethnic minorities. The only exception is for classes on Russian language and literature, or unspecified subjects “connected with culture and history.”

“The bill in its new edition contradicts not only the Latvian constitution, but also Latvia-related international documents, such as the Council of Europe’s framework convention on protection of minorities, that was adopted and ratified by the Latvian parliament in 2005,” stated Harmony’s letter, as quoted by TASS.

The convention mentioned by lawmakers provides that persons who belong to ethnic minorities have the right to study their languages, and the right to found private educational establishments. It also obliges national governments to undertake measures to give minorities such opportunities, especially in areas where the share of such minorities is large. 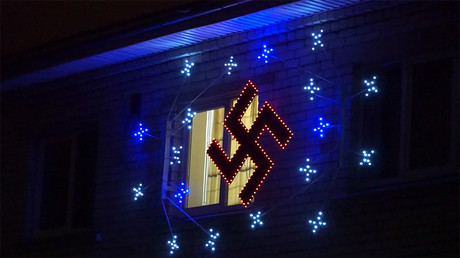 “The conditions set out in the convention fully match the situation in Latvia and the passed bill contradicts the convention because it provides that in several years all schools for ethnic minorities, in particular for Russians, should be banned, despite of the fact that historically there are a lot of Russian speakers living on Latvia’s territory. Apart from that, it is discriminating people on the basis of their ethnicity,” stated the open letter.

The first educational reform in Latvia that seriously undermined the teaching of Russians in the country’s schools was launched in 2004. After mass protests, the authorities adjusted the recommended curriculum and now the law allows about 40 percent of subjects in be taught in Russian.

The only official language in Latvia is Latvian and passing a language test is a strict requirement for receiving the Latvian citizenship. This has resulted in a situation whereby hundreds of thousands of people have to live with a “non-citizen” passport. Most of those non-citizens are ethnic Russians and large shares of them are Belarusians and Ukrainians, but there are also Poles and Lithuanians. Non-citizens have no voting rights, they cannot serve in the Latvian military and police and are officially banned from working as civil servants, lawyers or pharmacy salespersons.