Russias Federal Security Service has announced that it would rewrite all laws mentioning “spy hardware” after many people had found themselves on trial for ordering what they thought were common toys from foreign internet shops.

On Monday, the FSB posted a note about the start of the work on the project on the governments web portal for official documents. The document acknowledges that currently Russian legislative acts that regulate clandestine obtaining of information contain no comprehensive description of “spy hardware.”

FSB specialists then explained that they wanted to correct the situation in such a way that the participation of Russian citizens in illegal turnover of special devices because of their ignorance of the ban would be practically ruled out.

As a result, introducing the exact definition of spy hardware would prevent numerous civil cases connected with illegal turnover of such devices, the Russian security specialists concluded.

Currently, those who knowingly participate illegal turnover of special devices destined for clandestine gathering of information can face criminal charges with punishments ranging from fines up to 200 000 roubles (about $3,220) to prison terms of up to 4 years. Violation of the rules of turnover of such devices is a civil offense punished with fines between 2000 and 2500 roubles ($32 – 40) and confiscation of the devices in question. 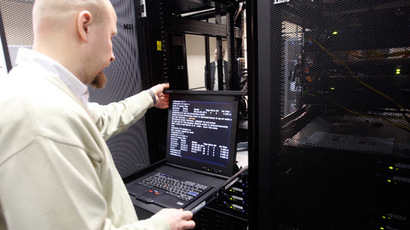 The scandals with various eavesdropping and surveillance devices have become frequent in Russia over the past years. Usually, ordinary citizens mail-ordered such hardware in China or other countries without knowing that law enforcement agencies would view a sound recorder of transmitter disguised as some other object, like a pen or a lighter, as “spy hardware.”

In late 2017, sources in law enforcement agencies told TASS that convictions for the illegal turnover of spy gadgets had increased five-fold between 2011 and 2017.

The issue was raised by an RT correspondent during the major press conference that President Vladimir Putin held with Russian journalists in mid-December. Back then, reporters asked Putin to interfere with the situation in which a farmer from South Urals was put on trial for purchasing a special GPS-tracker to monitor his cattle. It turned out that the tracker could also transmit sound which made it a clandestine data-collecting device. The president promised to deal with the situation and a few days later Russian Prosecutor Generals Office announced that it would review all criminal cases started into illegal purchases of spy hardware.

After this Kurgan prosecutors apologized to the farmer, canceled his sentence and ordered the case to be returned to court for a retrial. The retrial ended in an acquittal as this time investigators did not find any criminal intent in the farmers actions.