The Russian cabinet is to consider setting up a special agency to counter foreign sanctions, according to the head of the countrys Union of Industrialists and Entrepreneurs, who suggested the name CounterOFAC for the body.

Head of the union and former Russian economy minister, Aleksandr Shokhin, has told RIA Novosti that he had personally proposed the idea to Prime Minister Dmitry Medvedev during a recent meeting. He also said that the prime minister was positive about the proposal, and promised that the government would study it in detail soon.

“In a number of cases, replies to sanctions can be found through installing some specially created or already existing state structures into business schemes. In connection with this, we have a proposal to set up a special center with the government that would monitor the situation, support some particular companies, and also invent some method for doing this,” Shokhin said.

“I suggest the name CounterOFAC for this agency, and I cannot say that this is a joke. The US Treasury Department has its OFAC – the Office of Foreign Assets Control, and we must set up a structure called CounterOFAC,” he added.

Shokhin also told reporters that he and Medvedev had discussed possible government aid to companies hit by anti-Russian sanctions. He noted, however, that the conversation did not mention any particular ways of distributing such aid, only registered the existing requests.

Earlier this week, the Russian prime minister said that the state would support the further development of Russian companies affected by Western sanctions. “We are going to support the companies that had found themselves on the sanctions list. This aid will be aimed primarily at maintaining the jobs and production facilities,” Medvedev was quoted as saying by RIA Novosti. 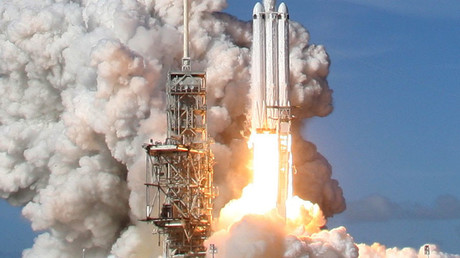 In a separate interview with RBC television, Shokhin said that he supported the idea of the head of the Russian Federation of Independent Trade Unions, Mikhail Shmakov, to “temporary nationalize” companies hit with the sanctions, in particular the aluminum-producing giant RUSAL. Shokhin noted that similar schemes were used in the United States and the European Union during the recent economic crisis and that the governments still have not decreased their stakes in the “rescued” companies to pre-crisis levels.

In mid-May this year, the Russian parliament will look into a freshly drafted bill detailing a possible response to the latest round of anti-Russian sanctions imposed by Washington in early April. The proposed measures include the suspension of all cooperation with the US in the space and nuclear spheres, a ban on several categories of US imports, including agricultural produce, pharmaceuticals, tobacco and alcohol. Russian MPs also want to suspend the powers of any copyright held by US citizens or companies, including the intellectual rights to software, on Russian territory and add more names to the list of US citizens subject to personal sanctions such as visa bans and asset freezes.