The Russian government has changed the assessment criteria for civil servants – now their careers will depend on feedback from ordinary citizens, as well as their reactions to reviews posted on the internet.

The order, signed by Prime Minister Dmitry Medvedev and published on the governments website on Friday, details the rules by which the work of heads of regional branches of various state agencies can be assessed by ordinary citizens. The document also describes how the assessments can impact the officials careers, including “the early dismissal of such heads of agencies from their posts.”

There are two main components: the citizen evaluations of their work, and their handling of reviews posted on Gosuslugi – a site allowing communication with various state and municipal bodies and agencies.

The program will be funded as part of the Information Society state program, according to the order.

In November 2017, Russian President Vladimir Putin signed a decree with details of the criteria used for evaluating regional governors and other officials from the executive branch. These include the average income, the percentage of people with incomes below the cost of living, availability of housing, and the quality and availability of community services. In addition, the assessments of governors made by the population in the region will be taken into account. 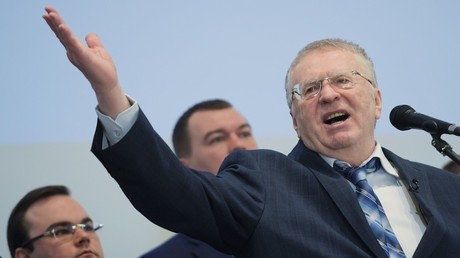 Earlier this week, the head of the Liberal Democratic Party of Russia, Vladimir Zhirinovsky, recommended the president stop reading reports and analyses from the various regions and start basing his assessments simply on the number of happy faces seen on public web cams.

Putin thanked him for his input, but said that the external happiness of people is hardly a parameter that can reflect the real situation in a regions economy.