Last weekend, a host of new hashtags trended in the network of accounts monitored by Hamilton 68, including #fisagate, #obamadeepstate, #wethepeopledemandjustice, #thememorevealsthecoup and even #obamaslegacyisobamagate.

None of those have taken hold, but the flurry of new efforts indicated to Bret Schafer, an analyst for the Alliance for Security Democracy, which runs Hamilton 68, that the Russians would continue to push issues related to the “deep state.”

“It’s a good case study in what it looks like when somebody really turns on the machine and how vulnerable, frankly, Twitter still is.”

Some of the hashtags tied former President Barack Obama to the “deep state” resistance against Trump, a clear attempt to play on political divisions.

Schafer said he typically doesn’t put too much stock in a single trending hashtag, but when six or seven on the same theme bubble up, it usually indicates a broader strategy, he said.

These new efforts follow the striking success of #ReleaseTheMemo, which benefited from a particularly intense push, said Jonathon Morgan, the CEO of New Knowledge, the cybersecurity firm that built the Hamilton 68 dashboard.

“The activity around this hashtag was different in that it was much more concentrated, amplified and extended,” Morgan said. “I think it’s a good case study in what it looks like when somebody really turns on the machine and how vulnerable, frankly, Twitter still is to having its platform co-opted by someone who wants to push a particular narrative.”

The Hamilton 68 dashboard launched in August to track activity in a network of 600 Twitter accounts identified as being Russian-influenced. Some of those accounts are official Russian state propaganda, like RT or Sputnik; others are bots; and still others are independent voices consistently sympathetic to the Kremlin. While these 600 accounts represent just a fraction of Russian-influenced activity on Twitter, the idea is that they can provide insight into larger Kremlin efforts. 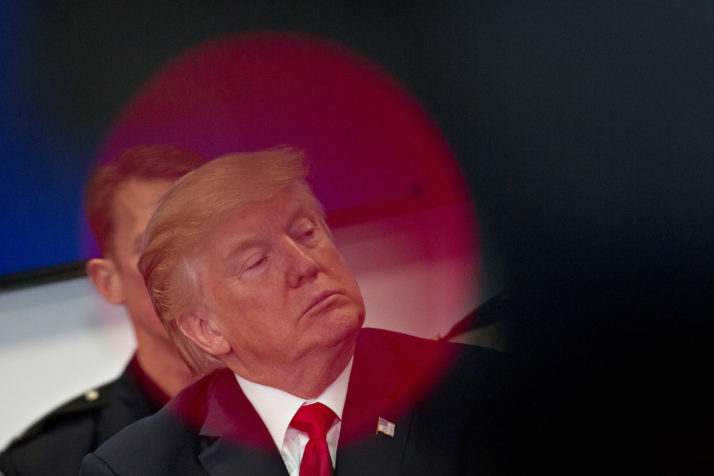 Typically, Schafer said, activity within the network of accounts has two purposes: first, to promote divisive social issues — whether around race or religion or abortion — and, second, to then hook followers onto accounts tweeting about them. That way, messages about issues important to the Kremlin, like Syria or Ukraine, can be mixed in.

But the viral #ReleaseTheMemo campaign targeting the FBI and Justice Department represented their first concerted attack against major U.S. government institutions since the 2016 election, Morgan said.

Though Hamilton 68 launched just last summer, Morgan said he felt comfortable making that claim based on additional research and analysis. The “deep state” has been a constant topic on the dashboard for months, but nothing like the past few weeks, as the #ReleaseTheMemo hashtag peaked. “It went from 5 percent of the content back in September to where it’s consistently around 15 percent,” Schafer said.

But between January 19 and January 30, the campaign went to another level, Schafer said. He said 38 percent of the 113 most-shared articles in the network focused on promoting a “deep state” narrative. For context, he said that Syria, one of the other most consistent topics in the network, was the subject of only 4 percent of the most-shared articles during that period.

Twitter declined to comment for this story, but in a letter responding to a request from Senator Dianne Feinstein (D-Calif.) and Representative Adam Schiff (D-Calif.) to investigate Russian activity related to #ReleaseTheMemo, the company’s general counsel said: “We performed a preliminary analysis of available geographic data for Tweets with the hashtag #ReleaseTheMemo. Our initial inquiry, based on available data, has not identified any significant activity connected to Russia with respect to Tweets posting original content to this hashtag.”

Feinstein and Schiff’s request cited an earlier analysis by Hamilton 68, prompting Twitter to write back, “Because the Hamilton Dashboard’s account list is not available to the public, we are unable to offer any specific context on the accounts it includes. There may be individual cases where Twitter accounts are operating within our rules but are included in the Dashboard. We have offered to review the list of accounts contained in the Dashboard and this offer remains open.”

Schafer said Hamilton 68 does not reveal the accounts in its network, because it believes exposing their identities would just shift much of the same activity to new, untracked accounts.

Going forward, Morgan said he would be particularly watching the #qanon hashtag, also called “The Storm.”

Rand Waltzman, a former program manager at DARPA who focused on social media and is now at the Rand Corp., said the U.S.’s divisive political culture makes it a ripe target for future online campaigns.

“It’s our own internal politics that is doing all the work. The Russians or anybody else for that matter hardly have to do anything at all,” he said. “It’s too simple. Between the executive branch, the White House, the Justice Department and Congress, everything is so screwed up on a major scale that it hardly requires much effort.”

Hamilton 68 was designed to track Russian-influenced accounts, but Morgan said that it would be a mistake to assume that all online disinformation campaigns — including all the activity around #ReleaseTheMemo — are the work of the Kremlin.

Waltzman agreed, saying that as new hashtag campaigns develop, it’s important to remember that online threats could emerge from everyone from the Chinese to criminal or terrorist groups to independent actors “in their parents’ garage.” 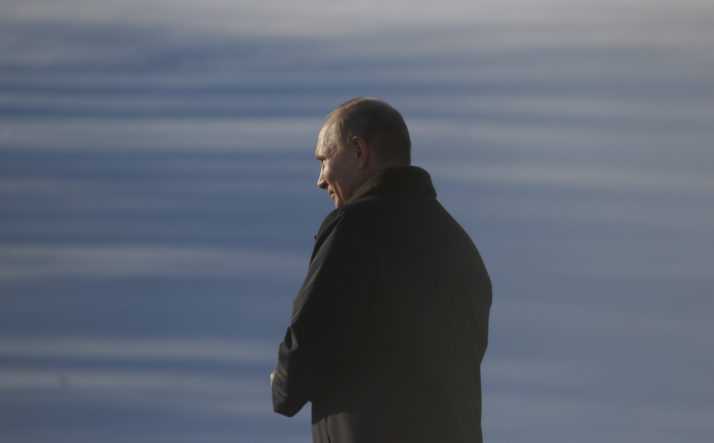 Going forward, Morgan said he would be particularly watching the #qanon hashtag, also called “The Storm,” which refers to a wild “deep state” conspiracy theory that has grown popular in the far reaches of 4chan’s message boards. The theory, apparently originally posted by an anonymous commenter called “Q,” is a reference to an October 2017 reference Trump made about the “calm before the storm,” and posits, among other things, that the president has set in motion a plan designed to take out the deep state forces currently arrayed against him and arrest Obama, former Secretary of State Hillary Clinton and Senator John McCain.

On Tuesday afternoon, #qanon ranked as one of the top hashtags on the Hamilton 68 dashboard.

Morgan said the success of #ReleaseTheMemo in moving from the deep recesses of the internet to mainstream conservative outlets essentially provides a playbook.

“There is now a framework for laundering that information so that they can almost market test stories or market test conspiracies,” he said.

Waltzman said he believed that the next #ReleaseTheMemo would arise organically from America’s own politics.

“It’s the environment that gives them the next thing; all they have to do is pay attention. That’s all you have to do, is watch. Watch and listen,” he said.